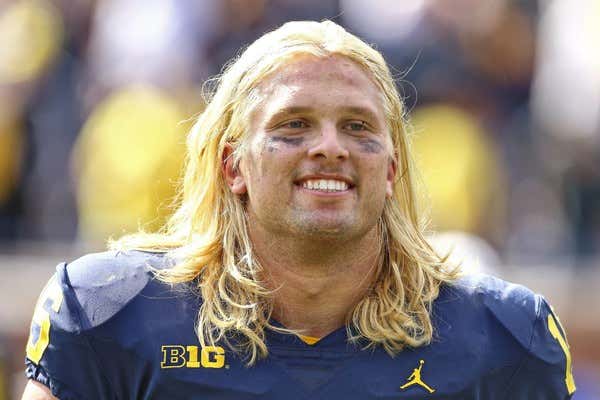 Chase Winovich is quickly establishing himself as the best character in college football. After the game, he gave a phenomenal “little brother” press conference:

Winovich made a few of his little brother’s mad with his comment. That included a capital J journo from East Lansing:

Graham Couch walked right into that one. You’ve got to be smarter than that.

Here’s another fun fact from this game:

I laughed at Graham Couch’s response to Chase’s “hold that L:”

Nice to see Mr. Couch is not showing any bias here. A journalist never loses. Why? BEcause there’s always a story.