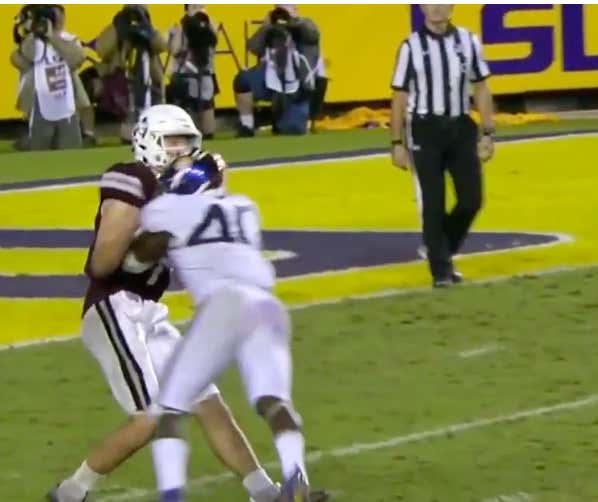 You may have missed this over the weekend, so let’s refresh. On Saturday, Devin White was ejected for targeting:

This play was reviewed and upheld. Why? Who the hell knows.

LSU didn’t need Devin White for the rest of their game against Mississippi State, but that wasn’t the issue. Thanks to targeting rules, because the foul occurred in the 2nd half, Devin White will now be suspended for the first half of LSU’s next game. Which game is that you ask? Just some team named Alabama.

LSU fans weren’t happy for good reason. Devin White was a preseason All-American and a potential 1st round draft pick. Losing him for 2 quarters against Alabama over a dumb call like this is madenning. Here is Louisiana’s governor:

There is a GoFundMe:

All of it isn’t working; 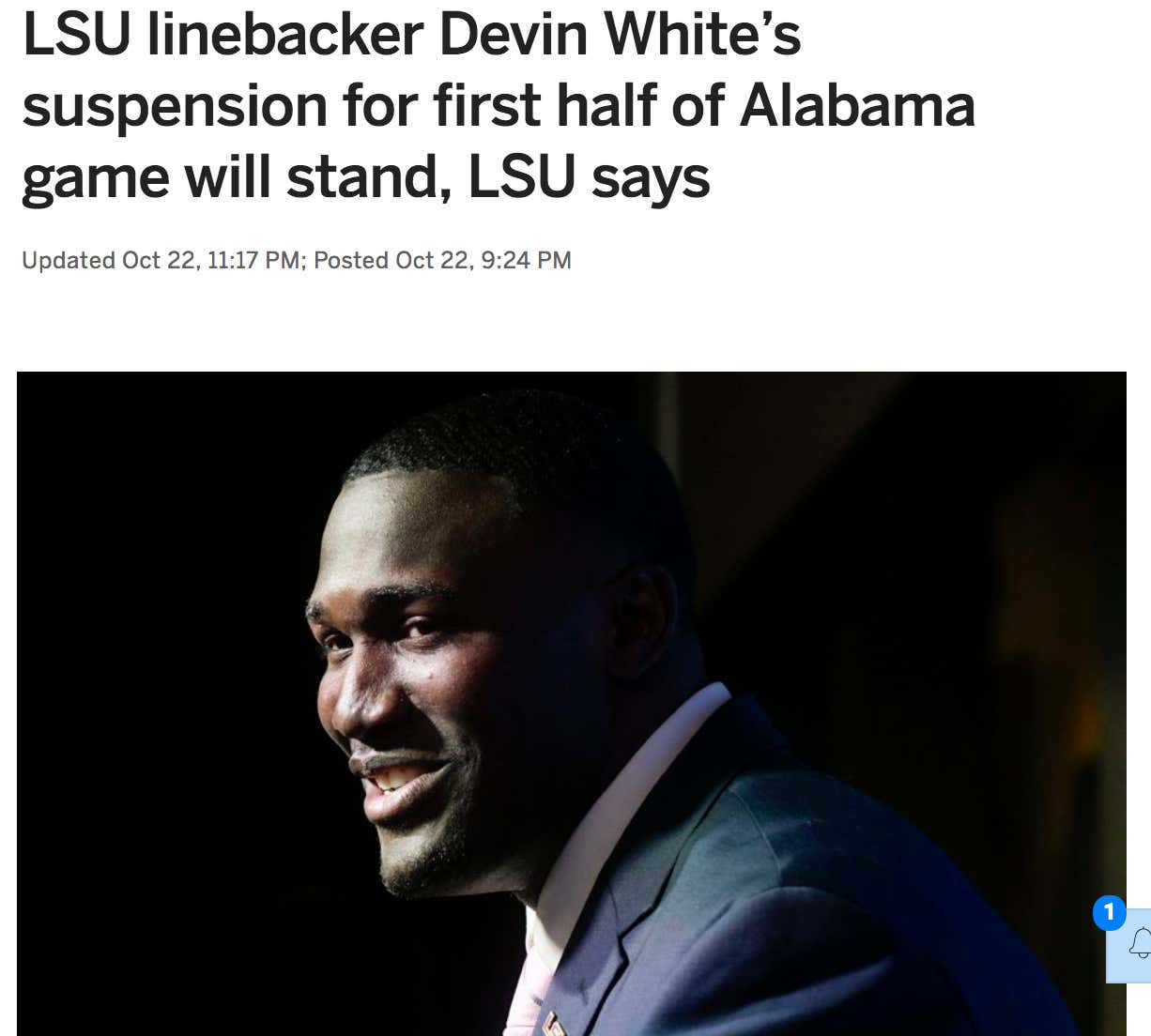 “Discussions with the SEC made clear there is no process for appeal,” Munson said. “The suspension will stand.”

Time to fire up the ol’ Alabama conspiracy machine, because Nick Saban and the folks in Tuscaloosa are up to something.

I’m not suggesting to get rid of targeting. I don’t think anyone is. There does need to be a fix over the punishment for targeting. Why can’t this call be appealed? You can take away a kids chance to play in the biggest game of his career over a bad targeting call? Tell me how that makes sense. Also, why should every 2nd half targeting call warrant a suspension for the first 2 quarters of the next game? If it’s egregious, yes, a suspension should be handed down, but for a situation like Devin White’s I don’t see the justification for a suspension.