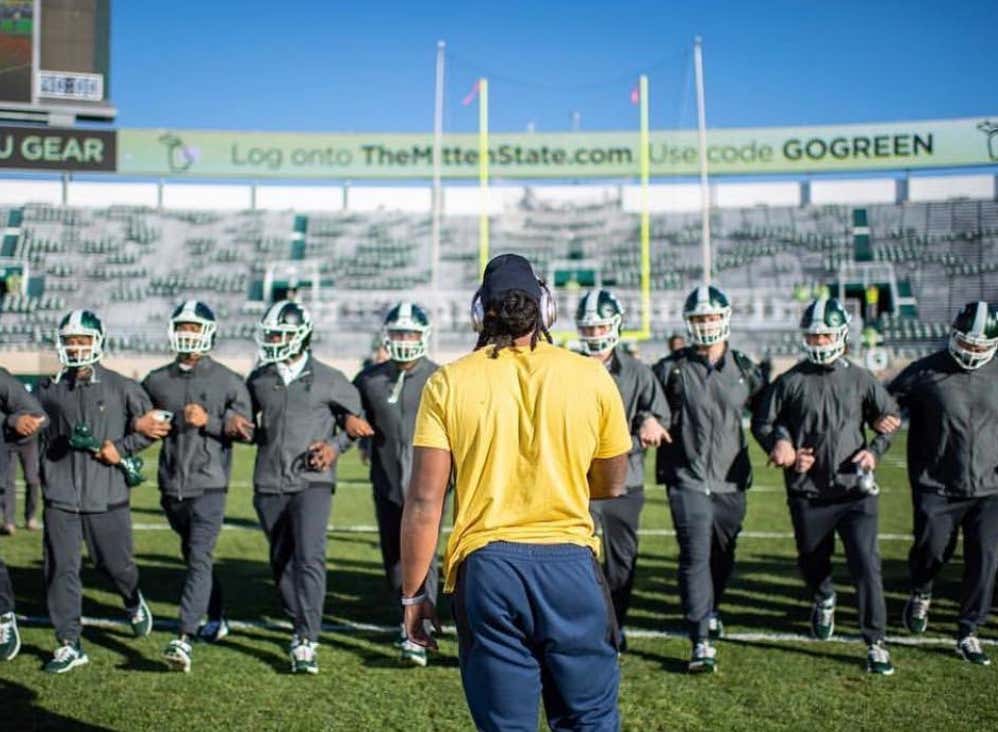 The number next to each team is their power rating. It’s my way of comparing two teams. For example, I have Georgia at 91 and Florida at 83. I’d set the line at Georgia -8 (neutral site), while the line right now is at -6.5 (the rating does not account for everything, such as travel situations, matchup advantages, etc.).

Each week, I compare my power rating to the closing line (the most efficient market in sports). For example, three weeks ago I had Georgia Southern at 62.5 and South Alabama at 59, setting the line at -6 (game was at GeSo). That line closed at 12. I, also, look at five-factor box scores to see if there are any misleading final scores. Sometimes my power rating is off, but I don’t adjust because of the performance on the field. Three weeks ago I had Notre Dame -11.5 @ Virginia Tech, a line that closed at -6.5. Notre Dame dominated that game, showing my rating was ahead of the market a bit.

As usual, it’s Alabama and everyone else. For a home game at LSU, I’d have the line at Alabama -11 or so. The line was set at -14. So for everyone who is mad at LSU being too low, I may have them too high (or I have Alabama too high).

Ohio State was downgraded 4.5 points. They are still at #6. Again, these are Vegas styled power ratings. We aren’t going to drop them too much. They are still one of the most talented teams in the country.

Hey, UCF fans, here is a #TriggerWarning before you read the next sentence: UCF isn’t making the playoff. They’ll never make the playoff in the AAC.

I’m very excited to see how Florida does this weekend. Texas has a test against Oklahoma State on the road.

Missouri currently sits as 7-point favorites against Kentucky. I think a lot of people will be shocked to see that.

Auburn and Miami have been disappointing, but still have the talent to win against 80+% of America.

I think Iowa can put a scare into Penn State this weekend. 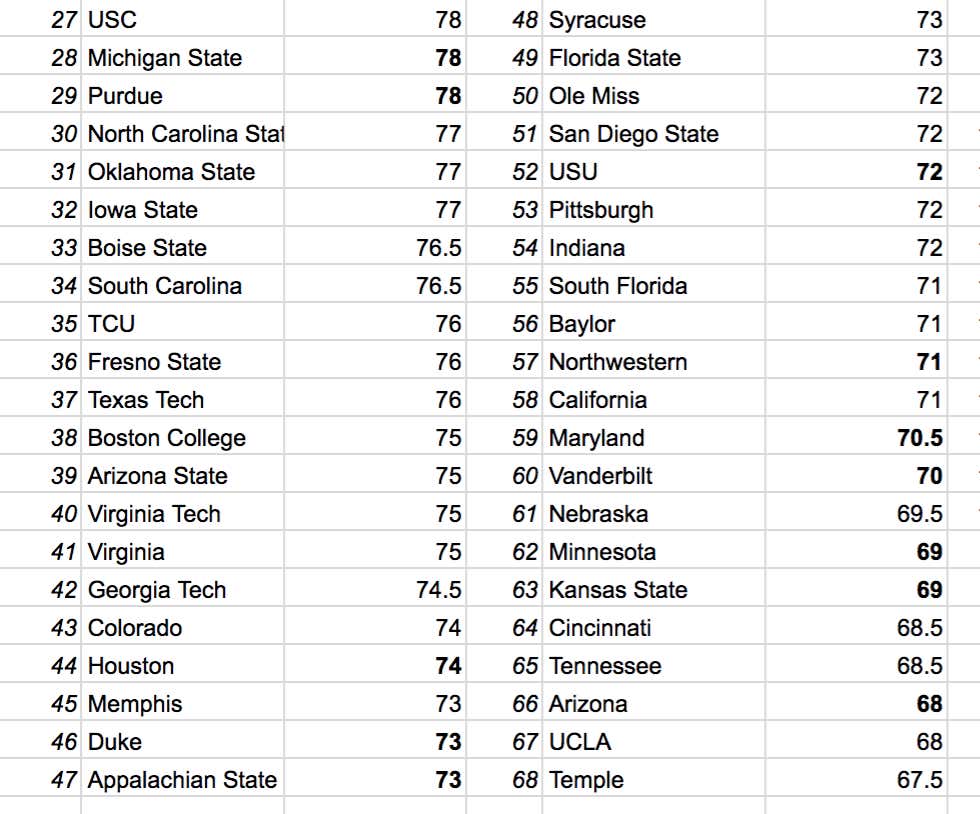 Boston College – Miami on Friday night should be a lot of fun.

Virginia! Is this the year they take down Virginia Tech? We’ll see.

UCLA seems to be turning it around. Good for Chip Kelly. 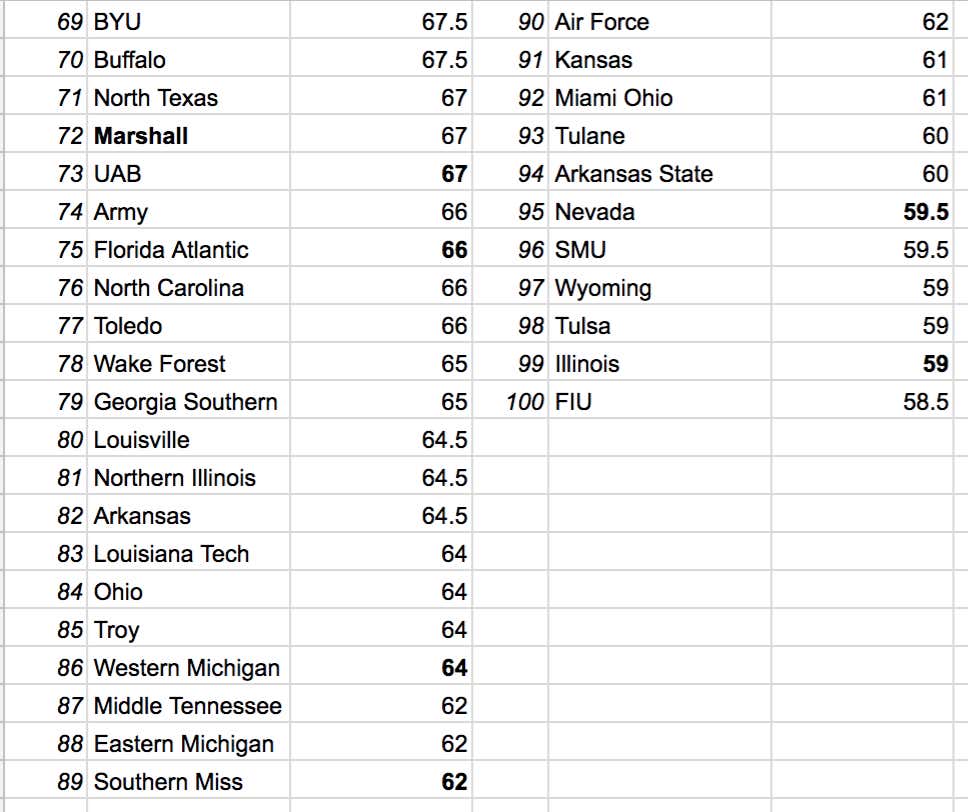 The Lane Train is having some issues in Boca…..

Arkansas finally picked up another W. I think there may be some value on them throughout the SEC slate.

Remember when we thought Kansas may be improving?!

What a season for UAB and Army. 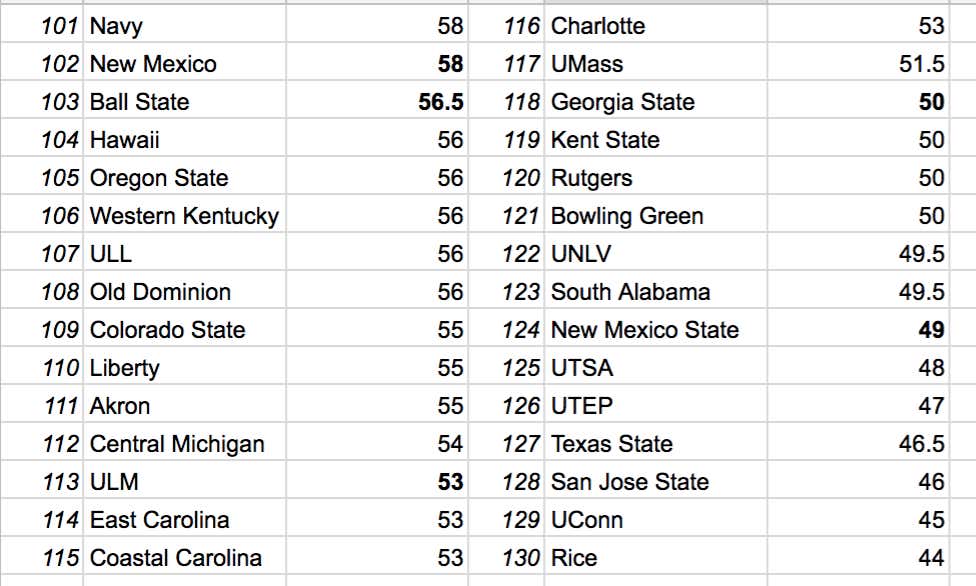 Congratulations to UConn for no longer being the worst team in America. This week, you have a shot to beat the 13th worst team in the country: UMass. The Northeast BUTT Bowl.

All of the teams in this batch are disgusting. You do have to throw some props to Liberty. Their first year in the FBS may end with a bowl berth.

Oregon State continues to stink. So does Rutgers.