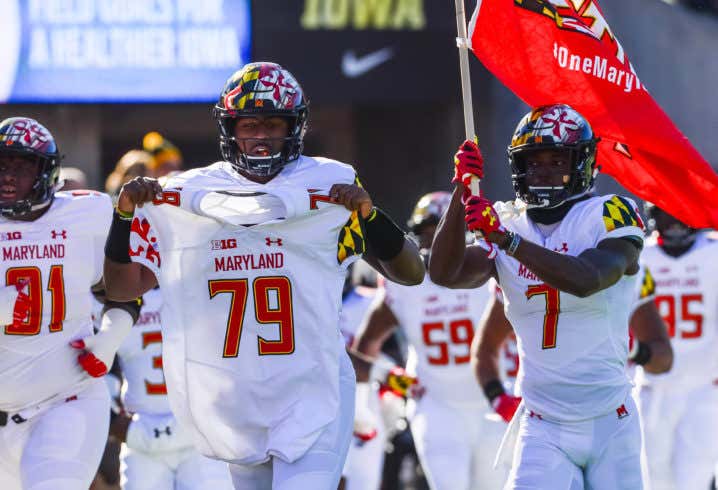 Yesterday, the report on Maryland’s football program “culture” came out:

It found “no toxic culture” at Maryland:

Which is weird, considering within the 200-page report, it was found:

Rick Court, who was at the center of many media allegations, “was effectively accountable to no one,” the report found. Court “engaged in abusive conduct during his tenure at Maryland,” according to the report, and would “attempt to humiliate teammates” by throwing food, weights and, once, a trash can full of vomit. Some players described Court’s actions as a motivational tactic, but the commission determined he crossed the line.

A trash can full of vomit? That’s not toxic culture? Huh? I approve of that #FootballGuy move, but sometimes being a Football Guy means your turn a culture toxic. You’ve got to get the W’s somehow. The end justifies the mean. That doesn’t mean a toxic culture doesn’t exist, though. You’ve got to call a spade a spade.

Yeah, we just had a strength coach call players pussy’s and bitches all day, but definitely not a toxic culture.

In all seriousness, do I think it’s toxic? Definitely, but that’s every strength and conditioning program at the Power 5 level. We are dealing with Maryland here. The “toxic” culture is relatively nothing to write home about when you compare it to an SEC’s culture.

Once or twice a week I think about the fact that DJ Durkin still hasn’t been fired or let back on the sideline. He’s been on paid administrative leave for what feels like forever now. That’s probably because it takes some time to complete a thorough investigation. Ohio State wouldn’t know anything about that.