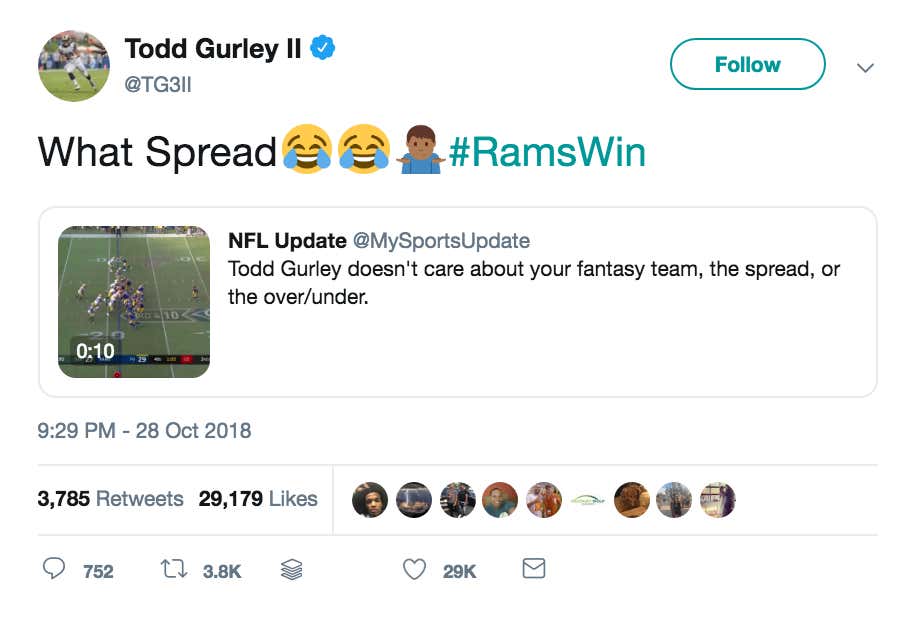 Not a weekend full of bad beats, but the worst ones STUNG.

Not much to explain here. I’m sure you’ve seen it. If not, here you are:

To make things worse, Gurley trolled those on Rams -7.5 after the game on Twitter:

With under 2 minutes to go in the 1st half, the Vikings were driving down the field. They were inside the Red Zone, up 13-10. Uh oh:

Two plays later, Alvin Kamara ran it in to secure the cover for the Saints in the 1st-half.

When you bet the under, the backdoor is always wide open and not in a good way:

Above, I said the backdoor is always wide open when you bet the under. Nothing can explain that better than the last 5 minutes of the FIU-WKU game. 28-3 heading into the 4th. What happened, you ask?

All good. 48 total points with under 2 minutes to go. FIU will just run out the clo….. 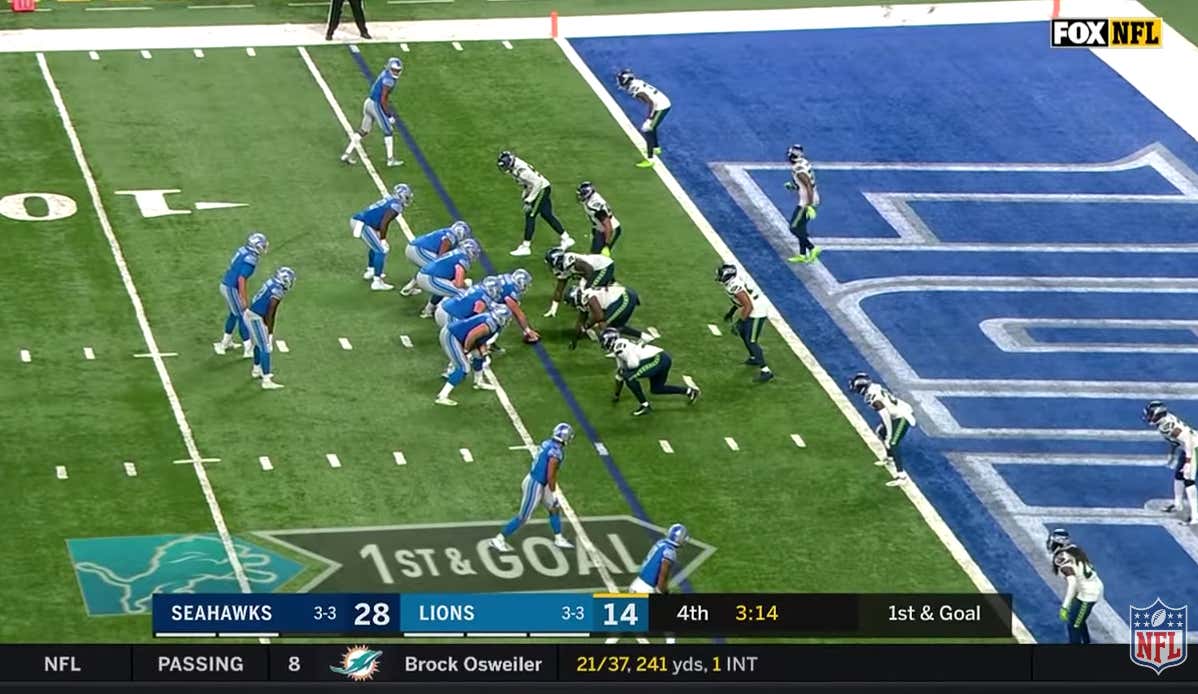 We’ve already heard from Dave, but here he is again:

For those who can’t watch: an SMU players helmet fell off, essentially giving Cincinnati a timeout when they had none left with the clock running the fourth before a massive 3rd-down play. You can’t even see where the helmet came off. Who knows how it happened. Cincinnati went on to get the first down and kick a field goal for the tie with 0:00 on the clock. On the third play of overtime, this happened: