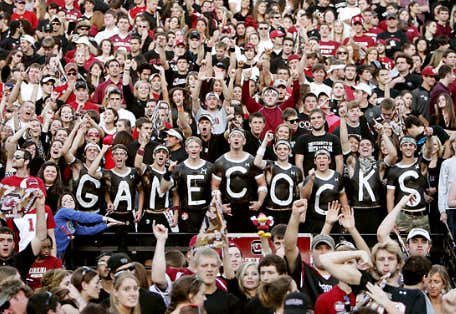 Here’s a problem that most people don’t consider:

SOURCE-So many drunk University of South Carolina students are being transported to the emergency room during home football games that stretchers line the hallways of Palmetto Health Baptist, emergency services are strained and drunken antics slow nurses who are trying to tend to the truly sick.

Am I surprised? No. It’s the SEC! This is sakarlina, damnit. Look at these kids:

“They try to run away, fight people, pee in the corner,” said a nurse at Palmetto Health Baptist. “It’s been that way the whole time I’ve worked there.”

Yes, yes, sounds like the Sakarlina we all know and love.

Since 2007, students are more likely to be transported to the hospital for binge drinking in September, October and November than any other time of the year, according to USC data.

Didn’t need data to tell me that.

“It may have something to do with the USC football mentality,” said a Richland County EMT who often transports drunk students from football games or the Five Points neighborhood. “If drinking were a national sport, USC would probably be number one.”

This seems to be an issue for the EMT and local hospital. THat’s understandable, but if I’m a South Carolina administrator, I see that quote and smile. I’m going to push that quote. You want to increase interest in your school? Show that to high school seniors. You aren’t going to get the best of the best coming to your school, but let’s be honest here, you weren’t getting that to start with. Your goal is to get those “1,500 red-blooded Americans” to decide to apply to South Carolina.

Who cares about your finance program. Push your drinking program.

Even grandmas get involved on Saturdays in sakarlina: 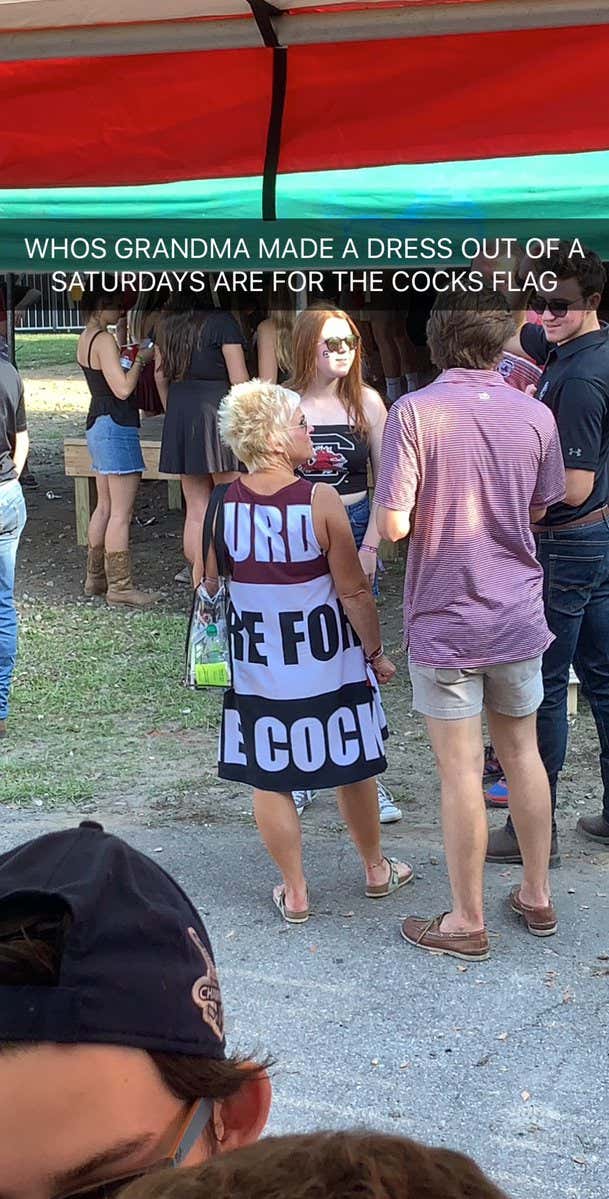