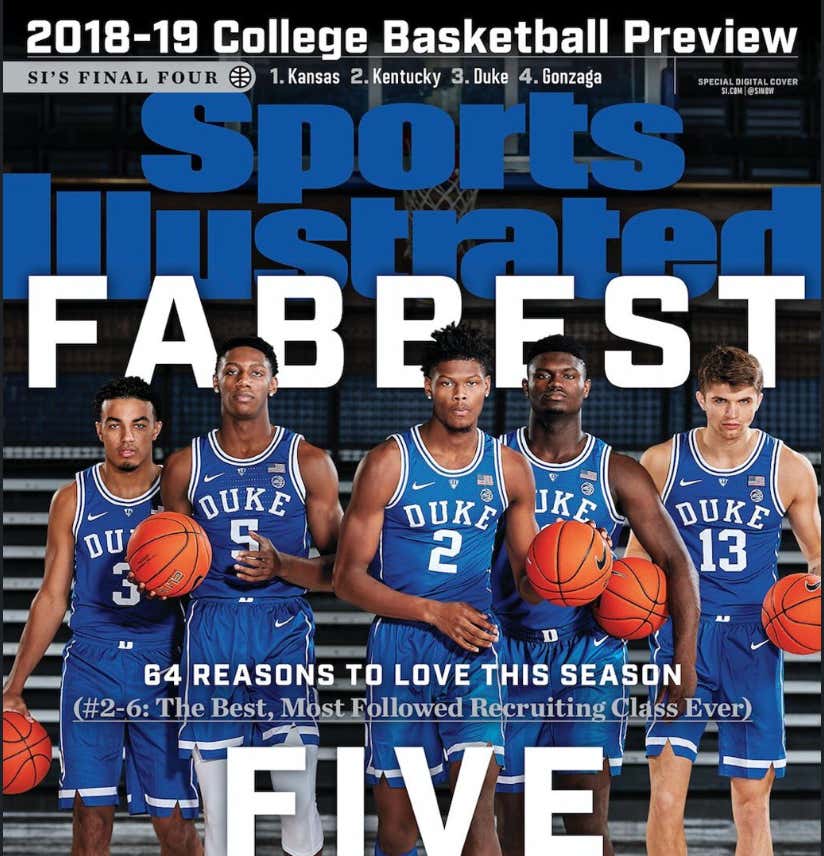 I was 50/50 on how I felt about this when it came out. I didn’t like it being compared to the Fab Five because obviously we all know how that ended up. Let me tell you what I really love about this though.

Duke has always been a villain type team. They always have a player that the nation hates like last years Grayson Allen. Im sure that player will be Alex O’connell this year but I am so in on the vibe of the whole country hating this team. I think that will only help their chemistry and if they start to play like its them against the world its over. Yeah, we do have a stacked recruiting class with four of them starting and the best part about it is the most talked about player isn’t even the best one. Fuck the haters, it’s not Dukes fault all of them want to play at Cameron indoors. There is no better environment in college basketball

Im hoping this adds more fuel to the fire and they just demolish teams. The first game of the season will be a huge test, facing Kentucky on a national stage. This will test this young teams composure and see if they show up. I can confirm they will be electric on the court and it will be what everyone  will be talking about. Between Zions dunks, Tre Jones running the floor and Rj Barrett just being an absolute animal, bring on this Fabbest Five name. Oh also don’t forget Cam Reddish, I can go for hours but I will just let the players do all the talking.