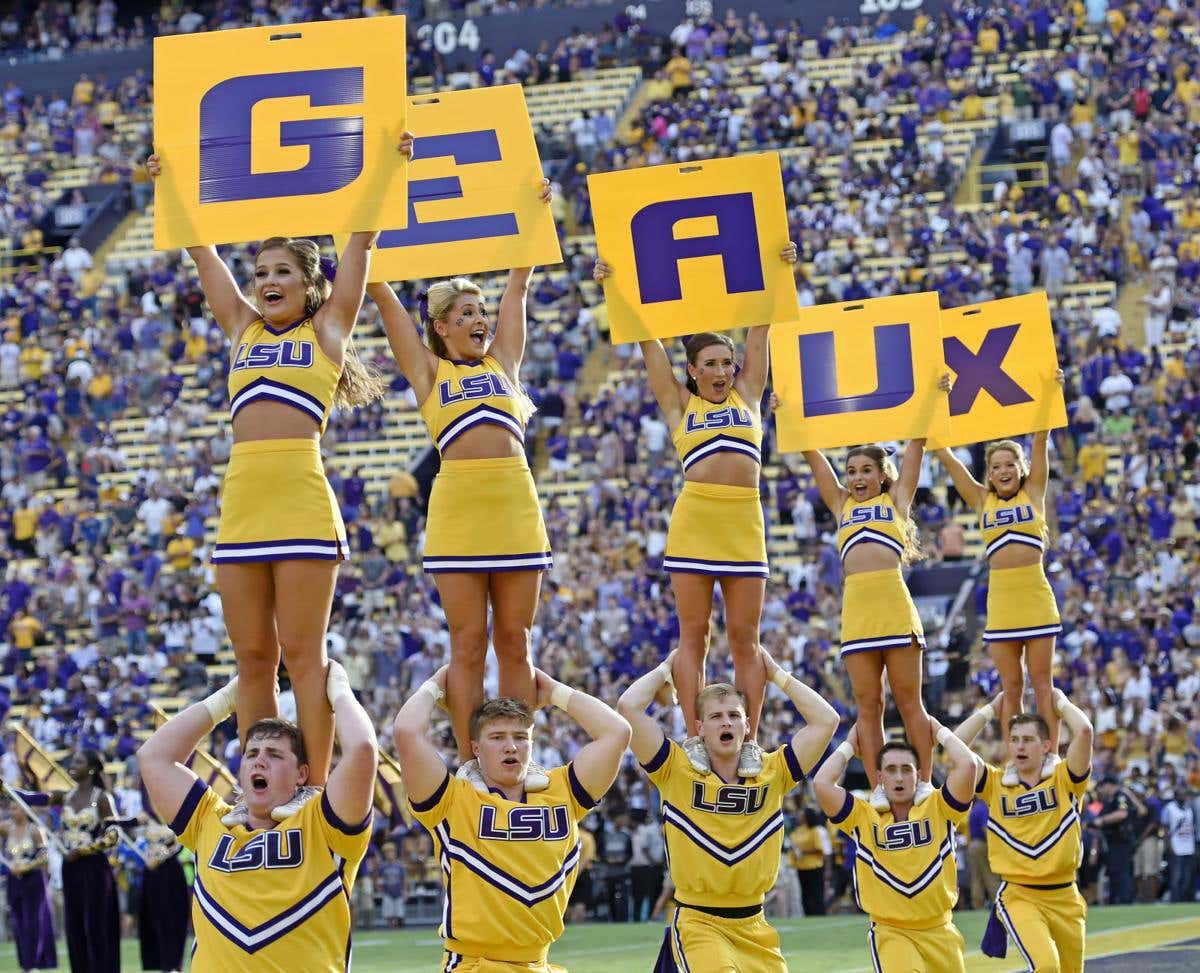 The number next to each team is their power rating. It’s my way of comparing two teams. For example, I have Michigan at 90.5 and Penn State at 84. I’d set the line at Michigan -9.5, while the line right now is at -10 (the rating does not account for everything, such as travel situations, matchup advantages, injuries, etc.).

Each week, I compare my power rating to the closing line (the most efficient market in sports). For example, three weeks ago I had San Diego State at 72 and Nevada at 59, setting the line at -10 (game was at Nevada). That line closed at SDSU -1. This week I shifted those two ratings because I was off on them.

I, also, look at five-factor box scores to see if there are any misleading final scores. Sometimes my power rating is off, but I don’t adjust because of the performance on the field. Earlier this year, I had Notre Dame -11.5 @ Virginia Tech, a line that closed at -6.5. Notre Dame dominated that game, showing my rating was ahead of the market a bit.

Alabama is tier one. Clemson through Notre Dame is tier two.

Georgia showed us why we shouldn’t overreact to one bad game. Michigan outplayed Notre Dame in week one and I’d have them as favorites if they played again on a neutral field. Don’t forget about Ohio State.

Some may be shocked by the Alabama -14 line. LSU is overrated in the public eye. With a 4 point home field advantage for LSU, I’d put it at Alabama -11. May be some value with LSU on Saturday.

I think I may have Washington too high, but I’m sticking to the process I’ve done all year. At the moment, I’d have Washington 8 point favorites over Stanford according to my numbers. The line is currently Washington -10. Maybe I’m too high on Stanford or too low on Washington.

Texas-West Virginia is going to be fun this weekend.

UCF fans should be happy with their CFP ranking. Yes, they haven’t loss, but let’s not act like they are playing world beaters. Yes, you could compare their out of conference schedule to Alabama, but what about their in conference schedule? Is Alabama playing East Carolina and UConn?

Georgia -9 against Kentucky is the perfect line in my book. 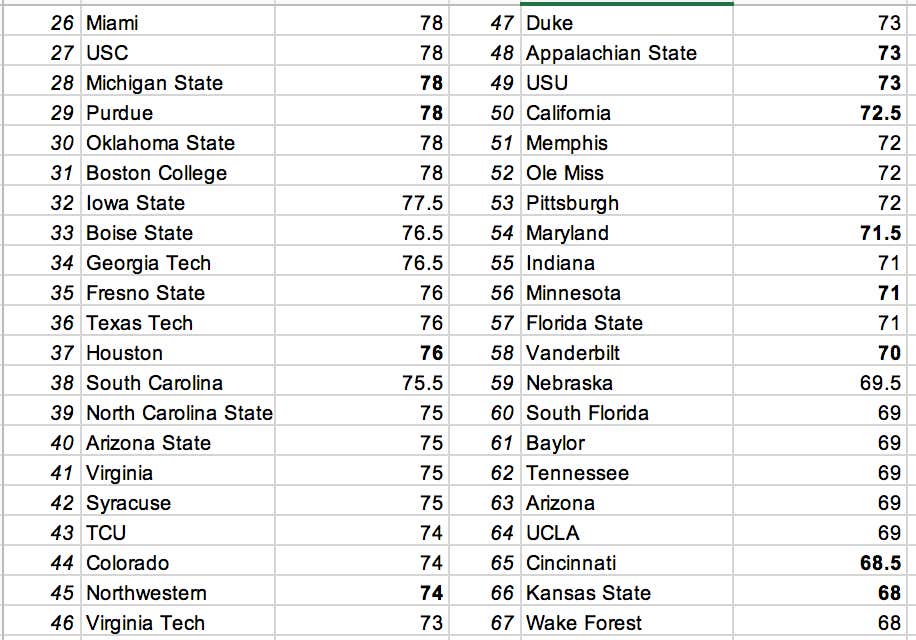 Boston College is Clemson’s toughest test left on their schedule.

Houston – UCF in the AAC championship is going to be fun.

Virginia is good. Are they Clemson good? No.

Notre Dame better watch out for Northwestern this week. Don’t sleep on the Wild Cats!

Florida State sits at 57. Could they go lower?

UCLA and Nebraska both had tough starts to the season but have since shown some promise. 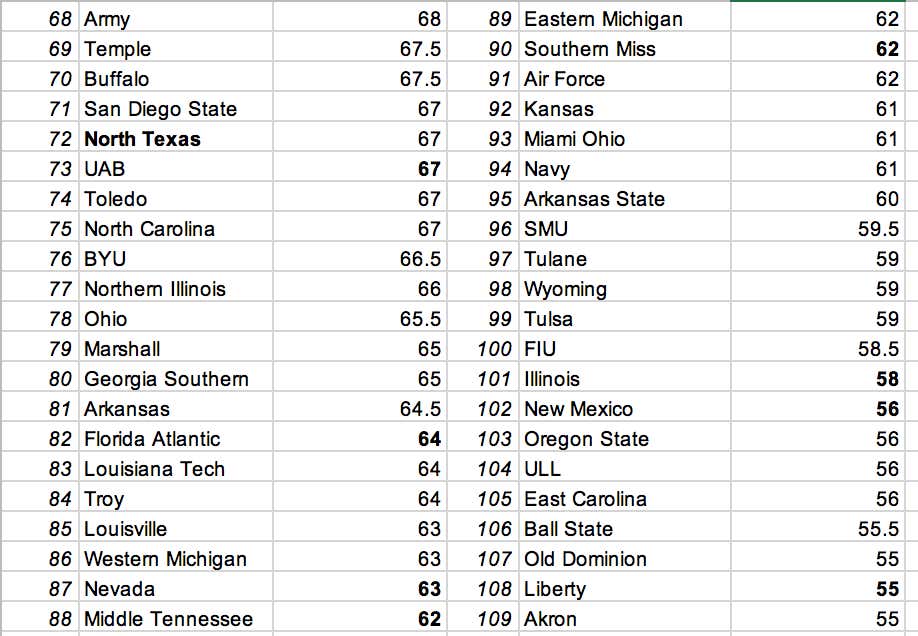 For a team that lost to Villanova earlier this year, Temple has turned out to be quite the team.

I remember when I couldn’t wait to bet Hawaii every week. Now they stink.

UConn losing that game to UMass was disgusting.

I was high on UNLV coming into this year. Boy was I wrong.

Rutgers is up 2 spots this week, which is progress, I guess?!