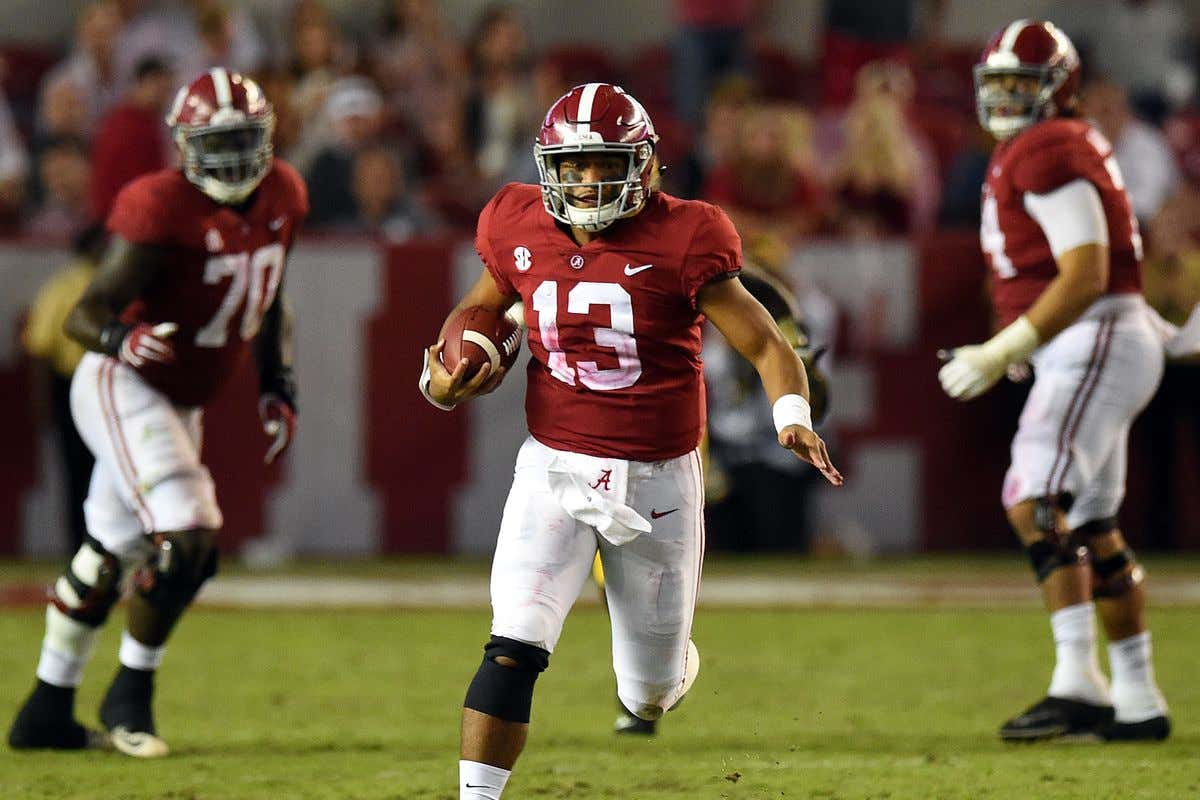 This question happens every year. What would happen if the worst NFL team played the best college football team? Would they have a shot? The scenario would never happen, but it is fun to discuss. Here is Jeff Sherman, VP of risk management and golf oddsmaker at Westgate’s SuperBook:

To put that in perspective, last week Wisconsin was -29 against Rutgers. Fresno State was -27 against UNLV. Earlier this year, Alabama was a 28-point favorite against Missouri.

If this hypothetical game happened, I think you’d have to bet the Bills. I know they aren’t good, but this would be a game featuring men vs. children. Yes, there are guys on Alabama like A’Shawn Robinson, who looked like he was 40 while he was at Alabama: 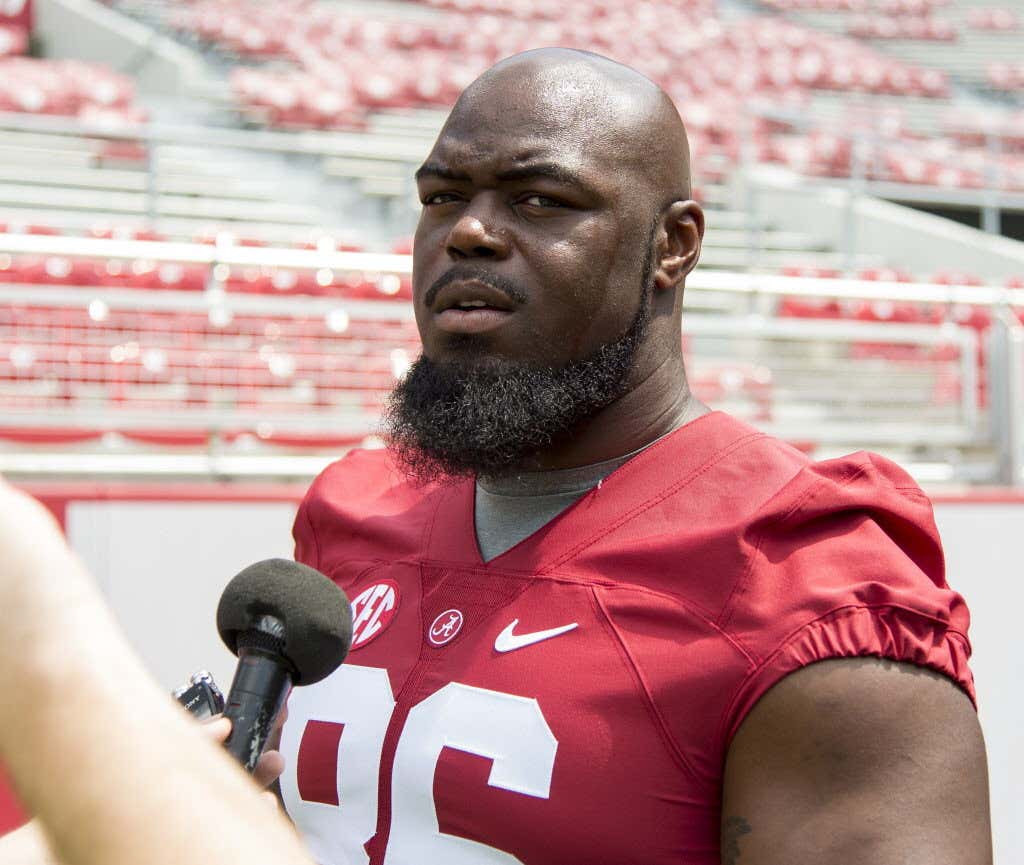 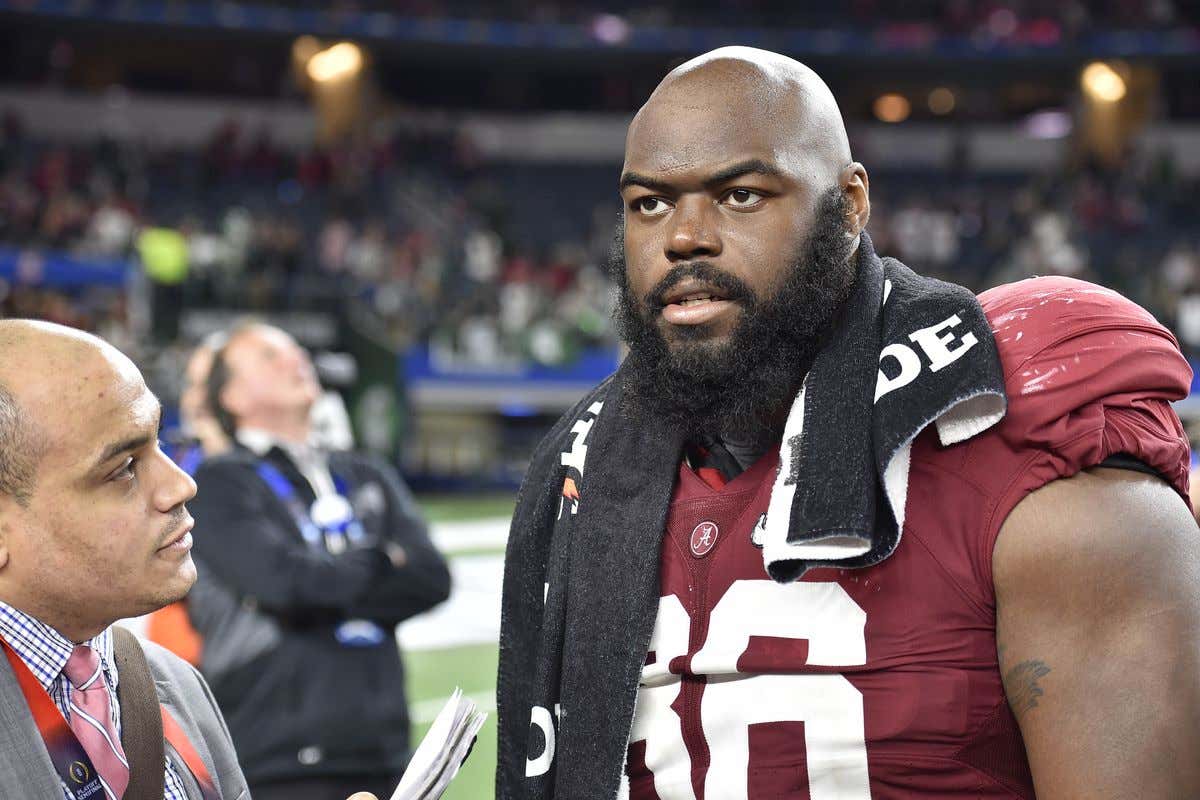 BUT an NFL team playing a college football team would be a bloodbath.

An interesting question is this: who would have a better chance, Duke (or the best college basketball team) against the Knicks or Alabama against the Bills. In my book, Duke would be the answer, right? I guess when Nathan Peterman is on the field, anything is possible.