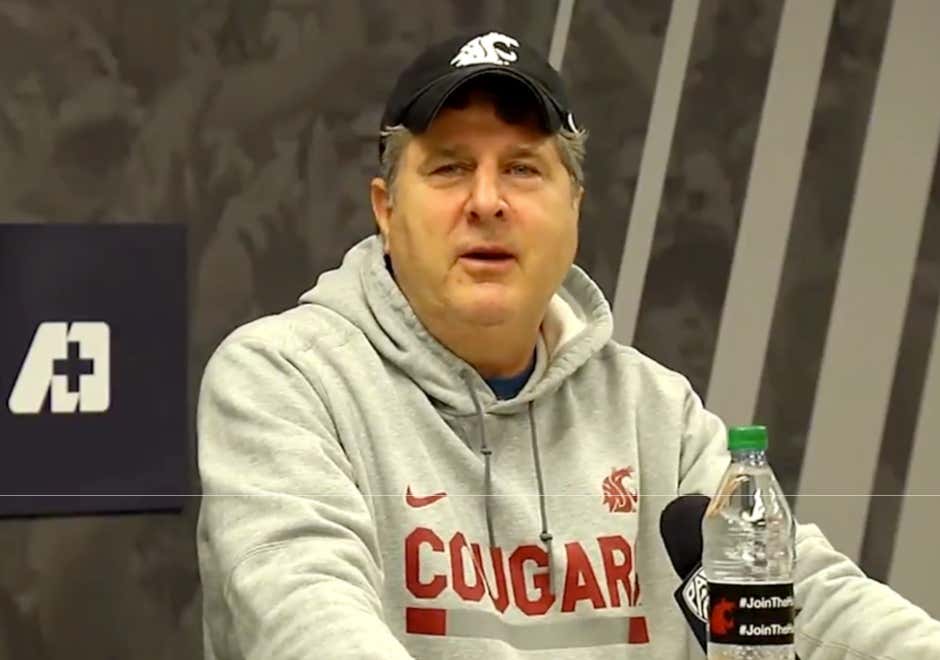 Apple Cup week! Washington & Washington State are taking on each other this Friday for a spot in the Pac-12 Championship. The star of the game? Mike Leach, of course:

The image of all 9 head coaches talking about their awful television network and questionable referees only to be interrupted by Mike Leach strolling in with a cheeseburger and milkshake is hilarious.

Mike Leach has hit peak I don’t give a fuck mode in 2018. It’s been that way since week 1. The best part? This may be his best Washington State team. Part of that is thanks to Gardner Minshew, who was recruited with a phenomenal pitch by Mike Leach: