On Sunday, it seemed as if Jimbo Fisher’s nephew punched LSU’s Steve Kragthorpe, who has Parkinson’s, leading to this infamous photo with Kevin Faulk: 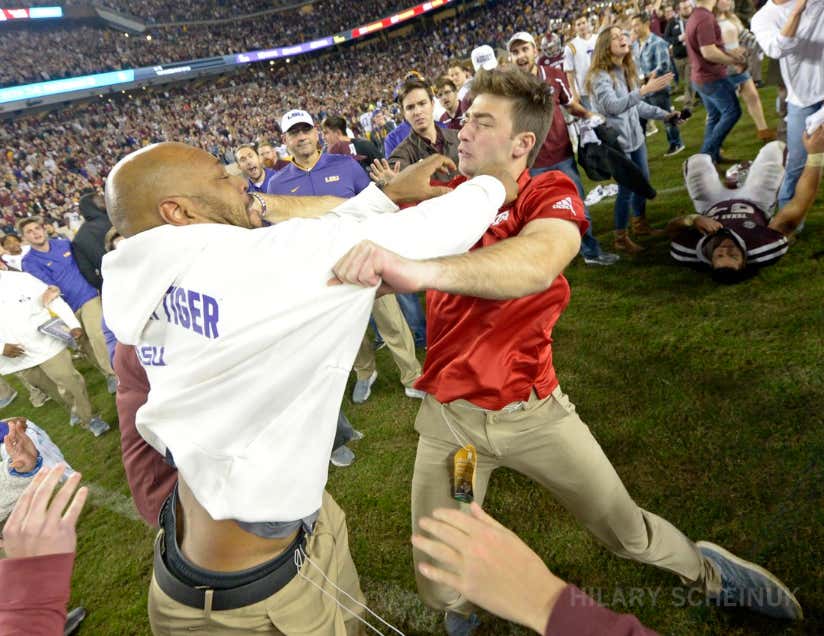 There wasn’t much video of this incident at the time I published the original blog. That isn’t the case now:

You can see Cole Fisher in the red shirt around the 40-yard marker: 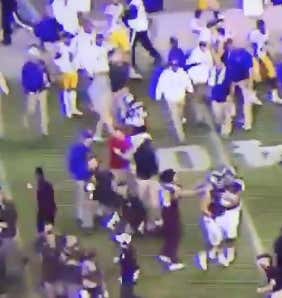 It appears the punch never happened, instead it was a push.

Does that make it different? A little. Should Cole Fisher have pushed Steve Kragthorpe? No. Did he know Kragthorpe struggles with Parkinson’s? I have no idea.

Other video surfaced of a sucker punch thrown by an LSU safety:

I’ll tell you one thing, that’s not great! I haven’t seen anything from this LSU player. The most likely scenario was John Battle being mad at Fisher for his encounter with Kragthorpe, but who knows what Fisher could’ve said.

A&M & LSU have quite the little rivalry brewing right now. I don’t mind it. Hate is oxygen in the college football world.