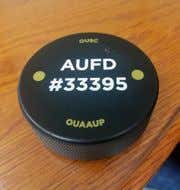 Every school in America is cognisant of the potential of an active shooter coming on their campus. That includes almost all universities, except for one: Oakland University. They have solved this potential danger. How? Hockey pucks.

SOURCE-It’s a potential faceoff between bullets and thousands of hockey pucks at Oakland University.

The Auburn Hills university began equipping its faculty and some students with hockey pucks this month as a “last resort” precaution to throw at any active shooters on campus, officials say.

I’m not a huge gun nut and won’t pretend to know a lot about bullets, different kind of guns, etc. However, I do have a feeling if a guy had an AR-15, a hockey puck ain’t going to stop him. 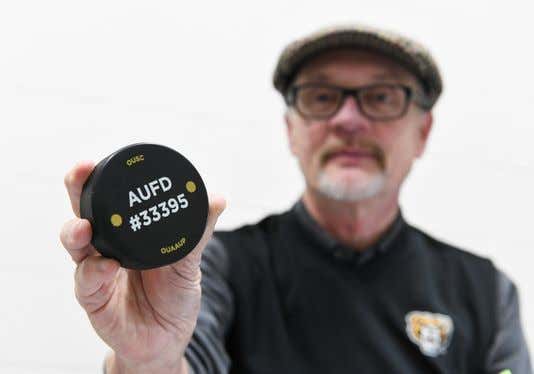 “We thought ‘yeah, that is something that we can do,'” he said. “We can make these available at least to our members and a fair number of students as well.”

So far, the union has spent $2,500 on an initial batch of pucks. Each costs 94 cents to make and they are printed with the union’s logo, Discenna said. They are being distributed for free.

The union began passing out the pucks on Nov. 9. So far, 800 faculty members have them, and another 1,700 are expected to go to students. The university’s student congress has ordered an additional 1,000, he said.

Gordon said there’s been no studies or research on it, but a puck is an adequate defense posture along with the use of chairs, staplers or anything else that has weight and can do damage.

This effort, he said, will “empower faculty and students to have a plan to have something to defend themselves rather than just freezing in place.”

Damn millenials freezing in place when they are getting shot at in Biology 101. This is the generation that is supposed to take over this country? Unbelievable.

Ideally, Gordon said, dozens in a single classroom could be armed with pucks — or other objects — and could all throw them at the same time, if necessary.

This is a South Park episode.

In the training, Gilbert noted that the faculty was told to run first. If they can’t run then hide. And “then realize it’s in your classroom, you need to be prepared for a fight,” he said.

Gotta love when the faculty meeting about potential active shooters on campus turns into a motivational speech. You best be prepared for a fight, kids. Here’s a hockey puck. Throw it at the guy with a semi-automatic weapon!

Gilbert said his wife, Holly Shreve Gilbert, who is also on the OU faculty as an adjunct journalism instructor, has a puck with her.

“We both said, ‘Let’s hope we never have to do this. If we fight back, this idea makes as much sense as anything else,'” he said.

If Who Is America is brought back for a second season, this is where Sacha Baron Cohen is going to start.