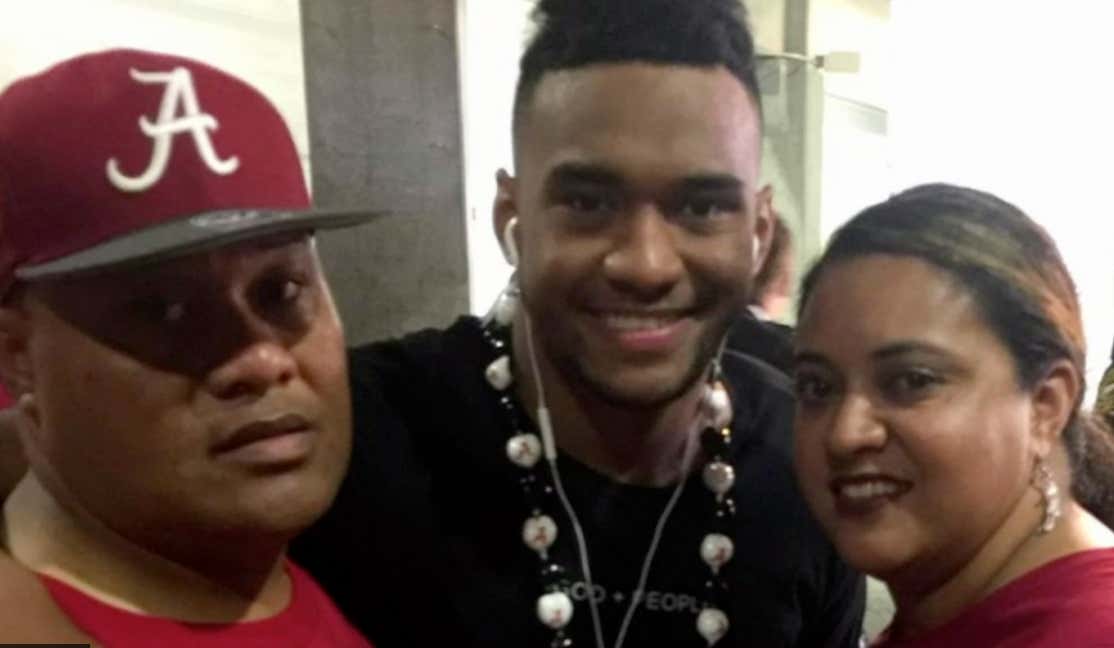 On College GameDay this morning, there was a story ran on Tua Tagovailoa’s childhood. In what began as a feel-good story turned very weird when we heard about what would happen after Tua made mistakes in games in high school:

SOURCE-Tagovailoa told Rinaldi that “If I don’t perform well or perform the way I’m supposed to, I’m gonna get it after.” Rinaldi followed up by asking Tagovailoa for a clarification of what “get it” means. “Oh, well just know that the belt was involved and other things were involved as well,” Tagovailoa told him about what happened when he played poorly. “And it’s almost the same with school. If I don’t get this grade, I don’t get this grade, I’m going to have to suffer the consequences.”

I’m not here to tell somebody how to raise their children, I can barely keep my apartment together, but kind of weird move here by ESPN. I’ve always liked Rinaldi, but I don’t think I needed to hear about Tua getting the belt after throwing an interception. They could’ve just ended it there, but then they kept going:

The segment then cuts to Galu Tagovailoa, who says “Two things in the Tagovailoa home is your faith and your discipline. It’s simple.”

Yes, please, tell me more about the two things that matter in the Tagovailoa house are the Bible and child abuse.

Did you think that was it from ESPN? Nope, Desmond Howard got in on the fun:

“I’m looking at that feature with Tua and I saw that his dad is like the Hawaiian version of Joe Jackson, there’s no way Alabama’s going to lose that game, cause out comes that belt,” Howard said before making his prediction for Saturday’s SEC Championship Game. “So I got Alabama big over Georgia.”

If I follow this correctly, Desmond Howard picked Alabama over Georgia because Tua’s Dad reminds him of one of the worst famous fathers in history? The same guy that may have chemically castrated one of his children? Weird. Very, very weird.