Source –  Prostitution, drinking, gambling, having an affair and even throwing his toddler son across the room in anger – these are the human failings that Jackie Chan has confessed to in his memoir “Never Grow Up”. 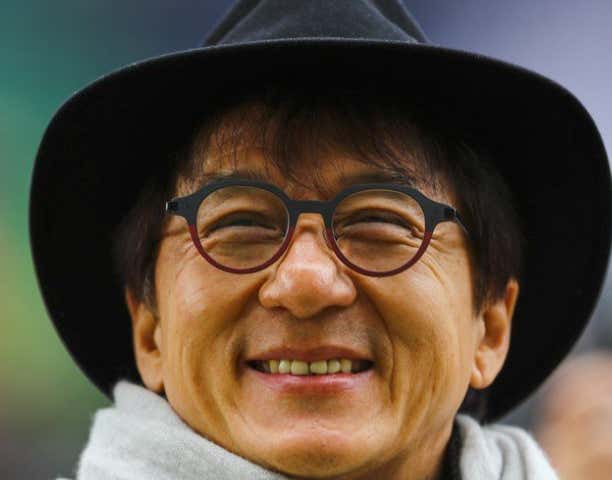 So for some odd reason Jackie decided to be truthful in his memoir and slandered his good name. He went into how he was a bad parent, Drinking, Gambling, and prostitutes. Seems like a hell of a life Jackie had here.

As a youth, Chan explains that he spent all his wages on gambling, drinking and girls. “Every night, Number Nine and I would squeeze into her dingy little cubicle.

In his book (I did not Read his book) he talks about how he spent all his money on girls and he would spend a lot on one in particular named nine. Her name was nine Jackie get the fuck out of here. I am still baffled Chan was a sly dog like this. He also stated how he always used to cram in her cubicle and people would try and peek through it to watch. What the fuck is going on.

“I drove drunk all the time. In the morning I’d crash my Porsche, then in the evening I’d total a Mercedes-Benz. All day long, I went around in a haze,” he says in his memoir.

He was a big drinker as well, Started to drink and drive all the time but this is what seems to happen when people get famous at a young age. What I still don’t get about all of this, is why he outed himself to the entire world. Nobody was sitting at their desk going ” I wonder how much stupid shit Jackie Chan did when he was a kid. I feel like something like this can happen to me by someone telling me I can write a book but I have to include all the stupid shit I did. I did enjoy the part about him overspending because he walked into a jewelry store and brought the hammer down. Walks straight in there and goes give me your 7 best watches so I can where a different one every day of the week. He needs to start playing a mob boss in more of these movies because this man is a maniac.

We lastly get into him throwing his kid across the room into the sofa. Jackie, I am stopping here because I love Rush Hour and don’t want to have a bad taste in my mouth every time I watch it. Get it together Jackie.