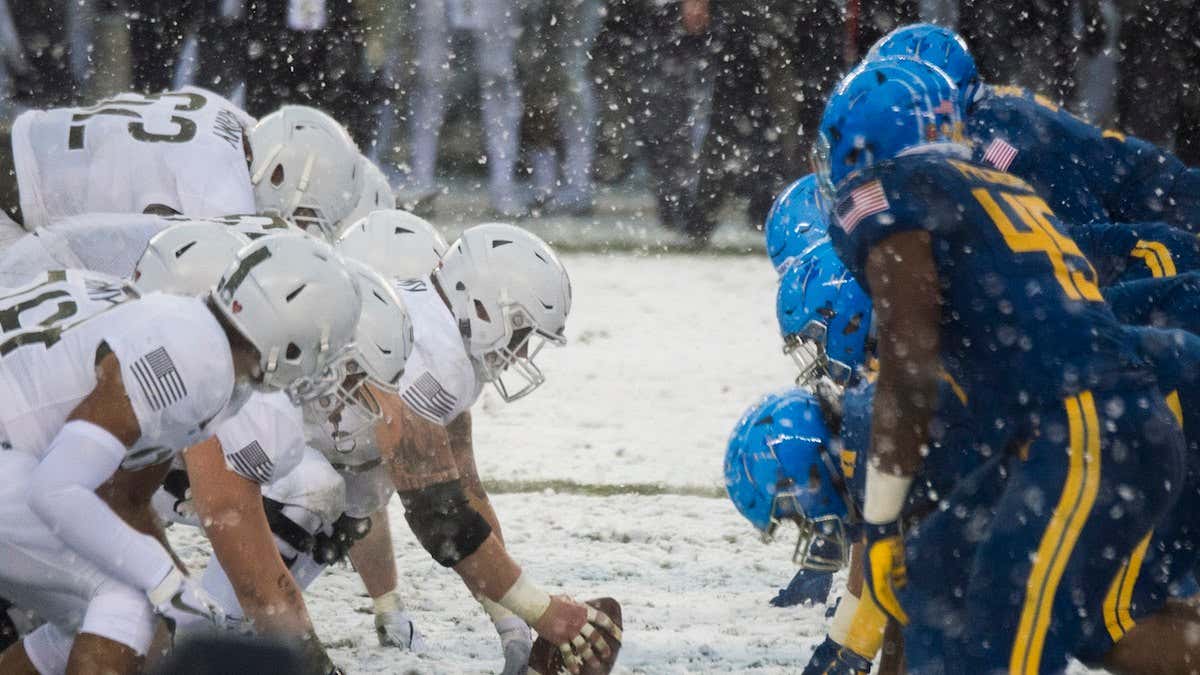 Army-Navy. The pinnacle of college sports. I love this game. The kids may not be the best athletes. The game isn’t littered with 5-star athletes like an SEC Championship, but it’s pure. It’s the outlier rivalry game where the two sides will eventually come together to fight for the same side. You may not like the triple-option, but this game is beautiful. It’s a spectacle that I view as a must watch every year. You most likely don’t need a reason why to watch this game, but if you do, look none other than Trent Steelman after the 2012 game:

It’s hard to explain this game, but also easy. It’s Army-Navy. Put aside your politics and enjoy these kids fighting to beat their bitter rival that they will eventually have the same goals as.

If you want to put a little money on this game, I would say one thing only: take the under.

Often when you hear trends like this, they may not make sense. Your degenerate friend will mention an 85% trend that involves games played on Thursday in the snow when a Republican is the president. Those have no value. None! The military academy under trend does make sense, though. The common trend between Army, Air Force, and Navy is their offensive system: the triple-option. Play after play you are going to see a run. Army and Navy have run the ball the 1st and 2nd most in the entire country this year. You know what that means? A running clock. Often, a triple-option offense will strive when they go up against a team that hasn’t seen the offense all season. Army and Navy’s defenses have been going up against the triple-option since they walked on campus their Freshman year. The defenses know the triple-option like the back of their hand.

Enjoy this game because it’s the purest amateur athletic game in college football between two teams that will eventually fight to keep this country safe to allow ventures such as this beautiful site. That’s what makes it special.