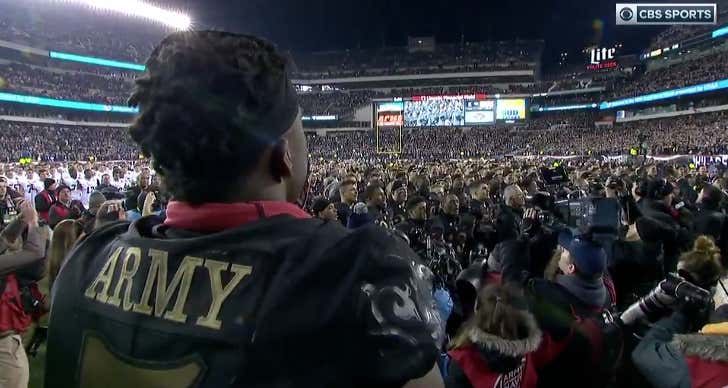 A bit of an anti-climatic game, but still a fun one to watch nonetheless thanks to some grown man hits:

In the end, Army got to sing second for the third straight year after a 17-10 victory:

A great backdoor cover for anyone who had Navy +7.5. Instead of going for a TD down 10 with under a minute to go, Navy kicked a field goal. Makes sense that the Naval Academy understands good teams win, but great teams cover.

P.s. I’m pretty sure this is a meme now: 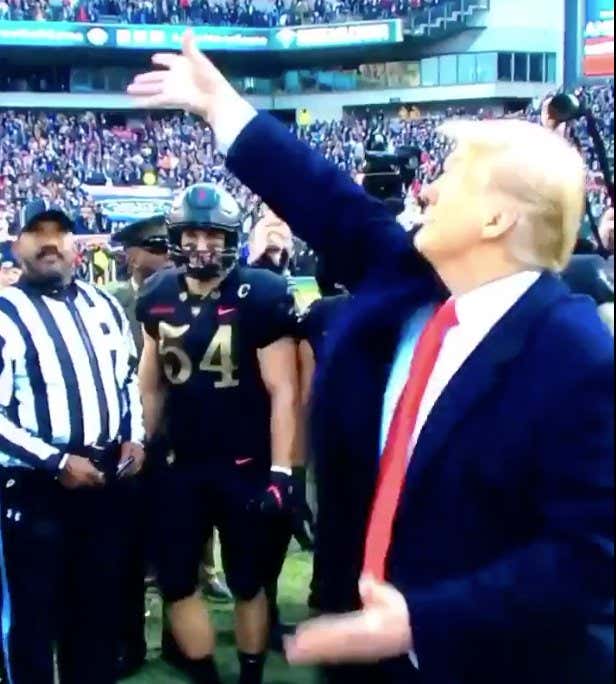 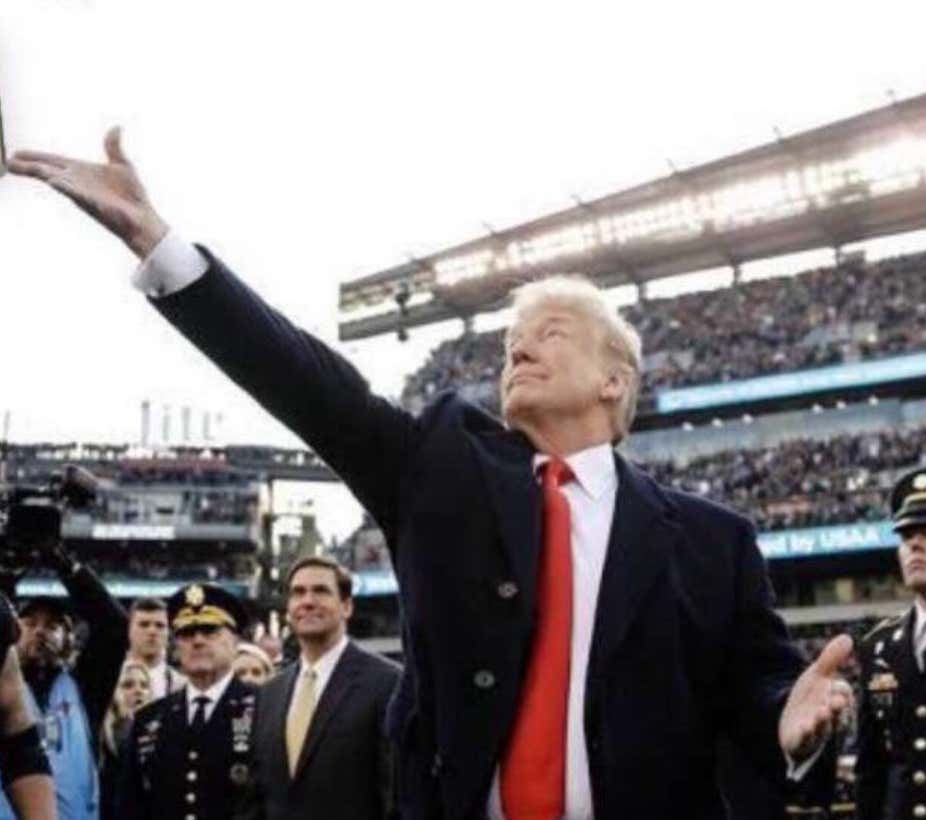