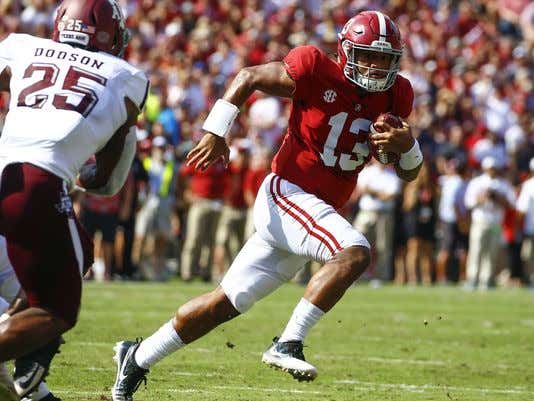 It became pretty clear last week that we knew who was going to be our 2018 Heisman Trophy winner. Kyler Murray separated himself from Tua late in the season thanks to his phenomenal play, a bad defense, and an ankle/knee injury.

For some reason, Tua not winning came as a shock to some of his teammates. So much so that they are now looking for revenge on Kyler Murray:

In a weird way, Alabama may have benefitted from this whole thing. For Oklahoma to take down Alabama they are going to need some help. An Alabama team that has an extra motivation isn’t going to help. Will this truly push Alabama to another level? Probably not. Alabama players will most likely forget about this whole Heisman thing within the week.

I’m ready to put the entire 2018 Heisman race behind me, here are my final thoughts: Tua was the best player in college football this year, but Kyler deserved to win the award.

You can’t give someone the award off of potential stats. They got it right. Now onto bowl season.