Around the streets of HQ, Mike Francesa is the radio star. Every week there’s a new hilarious clip with Francesa yelling at a guy from Staten Island for his take on the 1983 Yankees team. I’m a Francesa stan (as the kids say), but my favorite radio star is Paul Finebaum for moments just like this. You get the pulse of the people from the deep south, where college football heart beats the loudest. You get to hear from people just like Joe from Red Bay, Alabama:

Paul Finebaum: “Are you suggesting that Tua should’ve won the Heisman Trophy?”

Joe From Red Bay: “Yes, he should’ve won it. Kyler Murray, he wouldn’t be our 4th string QB at Alabama.”

That’s the type of hot take I live for, what the internet was built on. Thank god for the good people of Alabama, especially the college football fans: 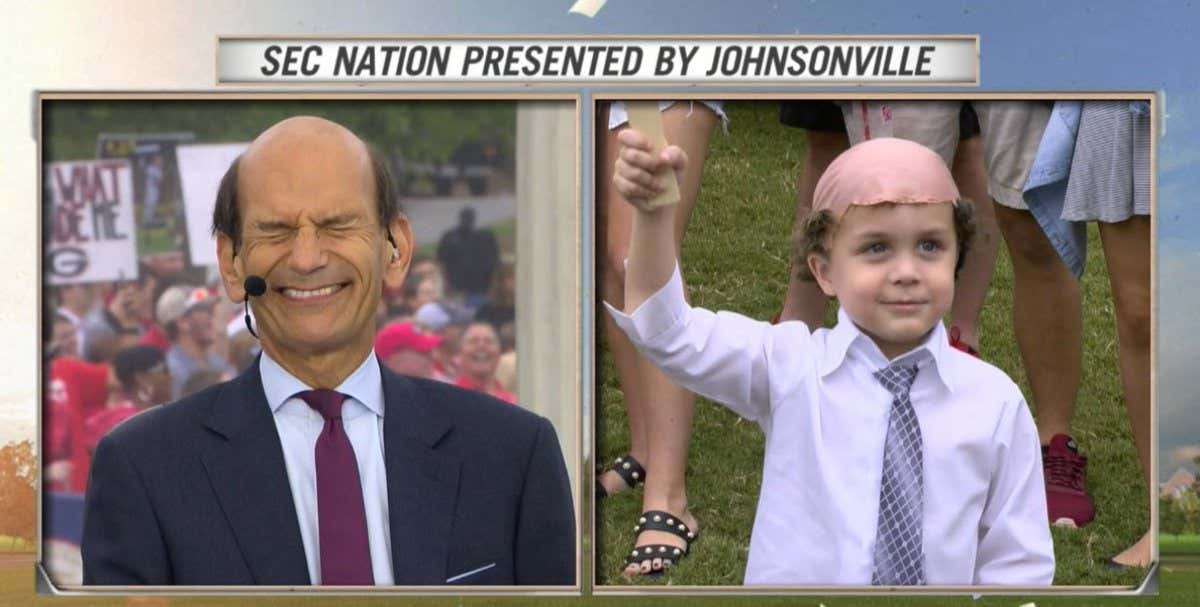 Speaking of Mike Francesa, he went on an unbelievable rant about the Heisman on Sunday: