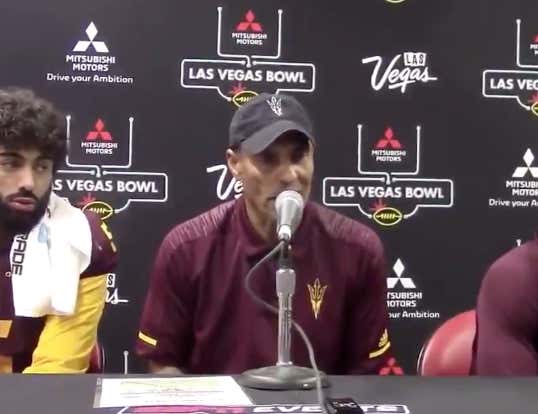 What a beautiful way for Herm Edwards to end his first season at Arizona State:

In a season that started with him learning the Arizona State mascot in his first press conference:

To now saying that his team didn’t lose their bowl game, but instead ran out of time….It’s been a hell of a year one in Tempe for Herm. I wouldn’t have it any other way. I’d say he proved the haters wrong, finishing 7-5 in what a lot of folks thought was going to be a complete disaster.

I do wish a reporter asked Herm after that statement if he still lives by his infamous statement just 16 years ago: