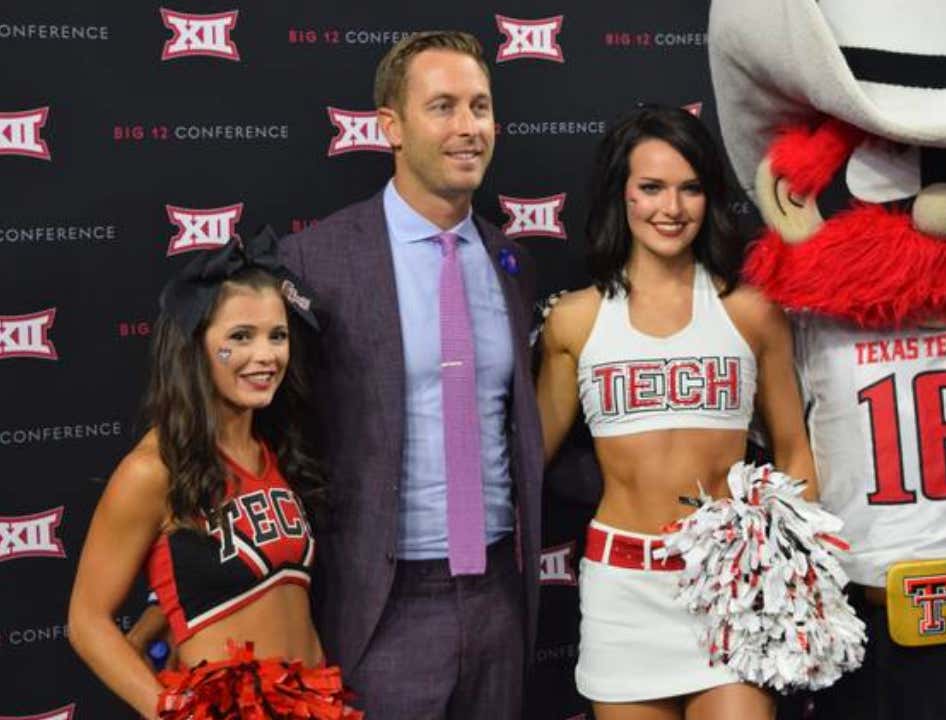 In the sports world, you’ll often hear about coaches and players wanting to keep their secrets close to their chest. Any advantage you can have in the uber-competitive NFL/CFB world, you take advantage of. Think Billy Beane is going to put his #sabermetrics formula out there? No.

There are exceptions, though. When an advantage is obvious, there is no point in keeping it to close to your chest. Might as well brag about it. Example: Kliff Kingsbury using his looks to his advantage on the recruiting trail:

You can’t blame the guy. As Tony D’Amato once said, “you find out life is a game of inches. So is football……The inches we need are everywhere around us. They are in ever break of the game every minute, every second.” You know what’s an inch that counts? Flirting with a 4-star recruits mother. Everything matters when you are a recruiter, just ask Lane Kiffin:

Kliff may need to play up his charm while at USC. His last two classes at Texas Tech ranked 72nd and 49th, according to 247 Sports. Although, what isn’t quantifiable to the public is his effect on boosters. If he can get a boosters wife on his side, that check is going to have a few more zeros at the end of it. We all know what makes the world go round in college football: money. There’s a lot of it in Southern California. Time to capitalize on it, Kliff.

Speaking of Britney Spears/Jessica Simpsons fling, there are rumors swirling that the NFL is still interested in him:

He also remarked on the Dan Patrick show this morning that he was very close to joining the Rams:

SOURCE-On the Dan Patrick Show Monday, Kingsbury explained just how close he was to joining the Rams and how highly he thinks of McVay.

“Close,” Kingsbury said. “I really have a ton of respect for Coach McVay and what he’s done. Great dude who treats people the right way, innovative on offense, high energy. I would’ve loved to see, on a daily basis, how he does things and would’ve tried to contribute anyway I can. But just felt like this was the right spot for me at the right time.”

P.s. It’s a low chance, but I’m preparing for backlash on this “misogynistic” comment from Kliff. I hope he’s ready.