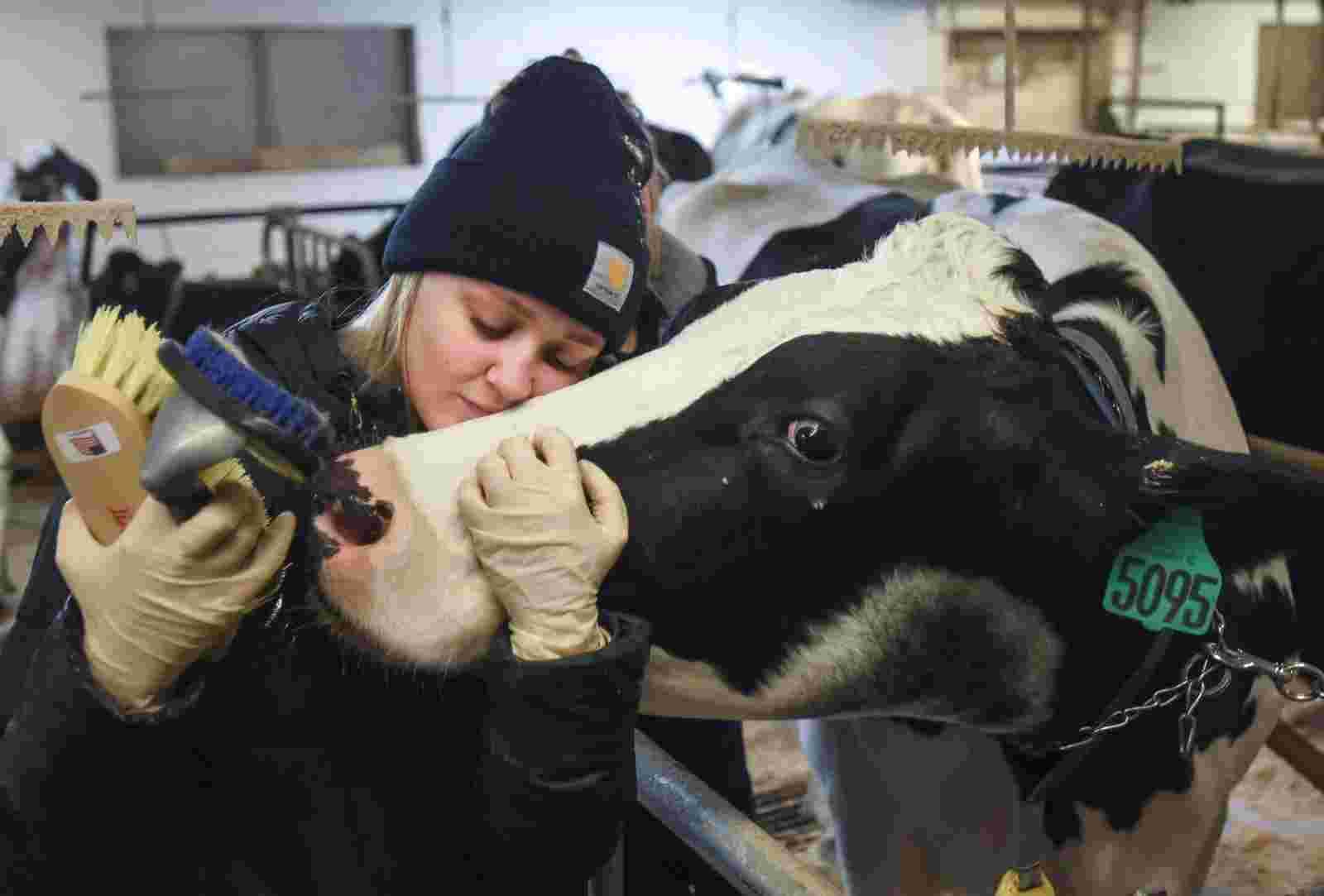 Last year, it was Llamas that stole the show during final exams to help students de-stress: 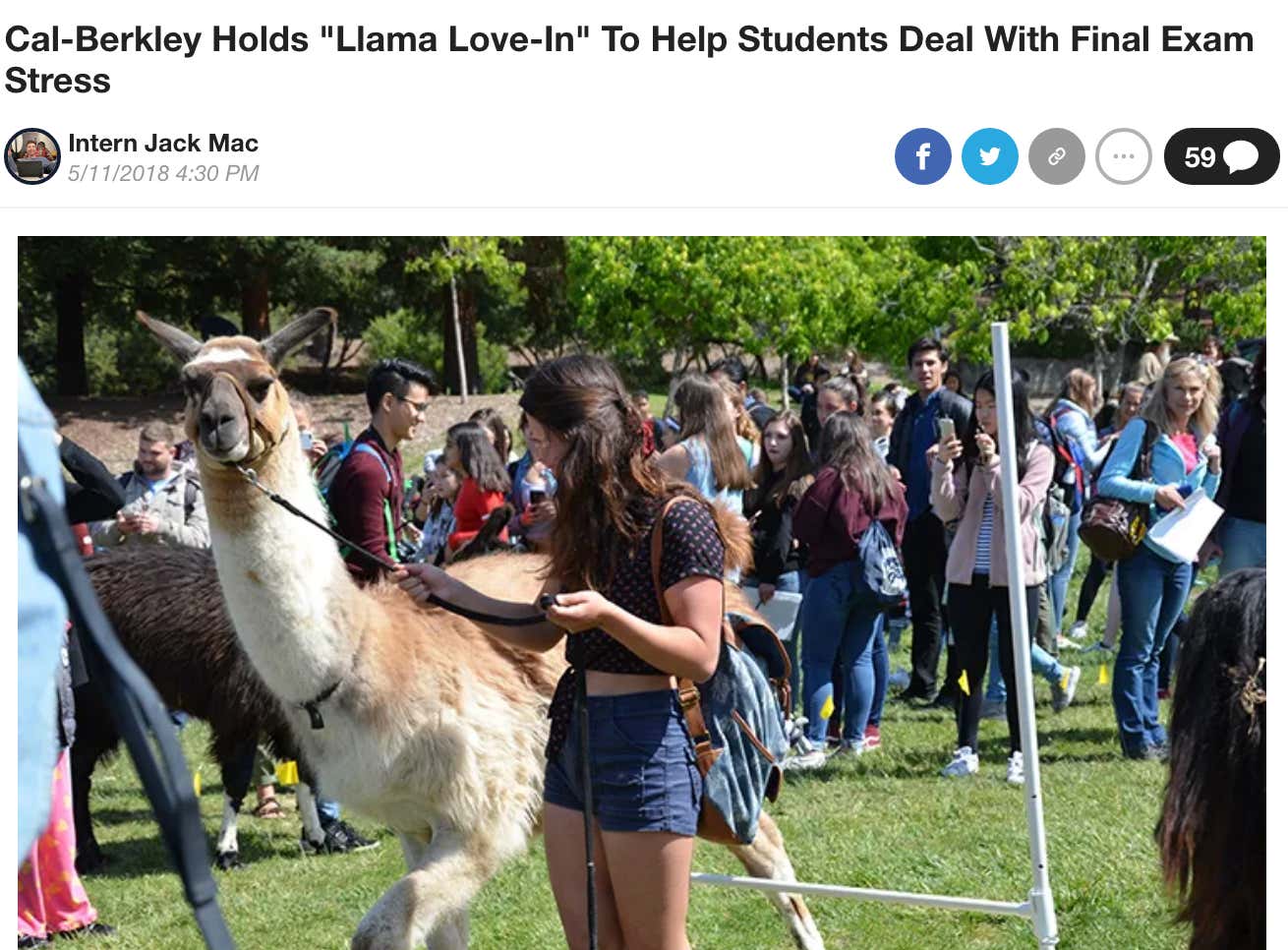 It would be easy to make fun of these “soft” Michigan State students for having to “de-stress” with cows during finals. Do you think the same aged kids had cows to de-stress when they were storming the beaches of Normandy? NOPE! Take your gender studies exam and shut up! But, kids get stressed during the exam period. It happens, whatever. I’m not going to be an old man yelling at clouds telling them they shouldn’t. Any way to have fewer people stressed is a positive.

However, I will make fun of these midwesterners for brushing Cows. That’s the most midwestern shit of all time. It’s like they are just begging University of Michigan alums/students to make fun of them.

The event is called “Finals Stress mooove on out!” It’s the first time the center has done an event like it.

Ahhhh, you get it! mOOOOOOOOve on out!

“When I get tired of working on budgets, I come out and brush the cows,” she said.