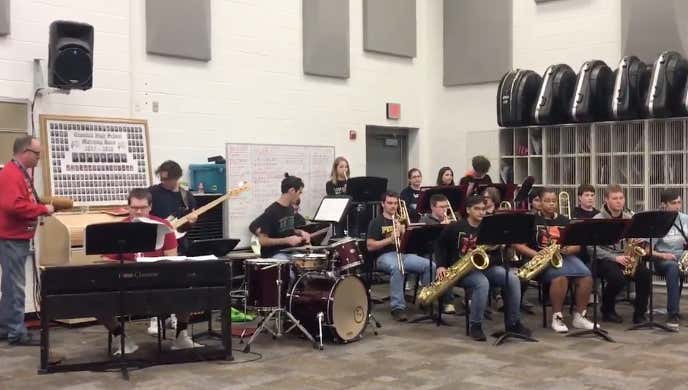 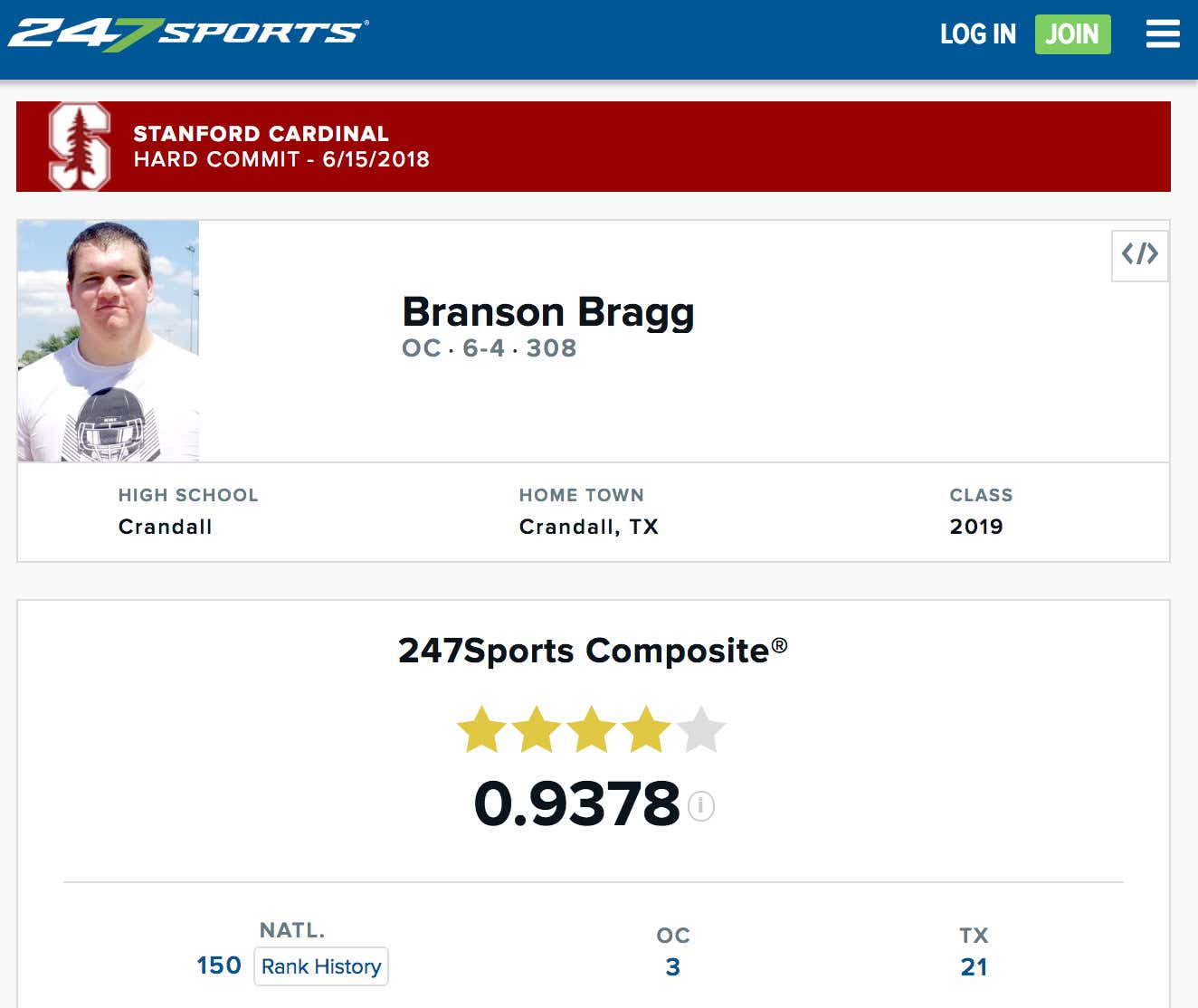 The 4-star center from Texas is an ANIMAL. He’s 6-4, 308 pounds of football guy strength. On early national signing day, Branson announced his commitment:

This is the most Stanford shit of all time. Congrats to David Shaw, because the Stanford brand has never been stronger.

The offensive line at Stanford has to be full of guys just like Branson Bragg. You don’t want to see them in the trenches, but they also had an average ACT score of 35. They are going to be running an organization like NASA one day. I remember one year that Stanford’s starting offensive linemen could speak a combined 7 languages. Compare that to Alabama’s offensive line, which can barely speak one language.