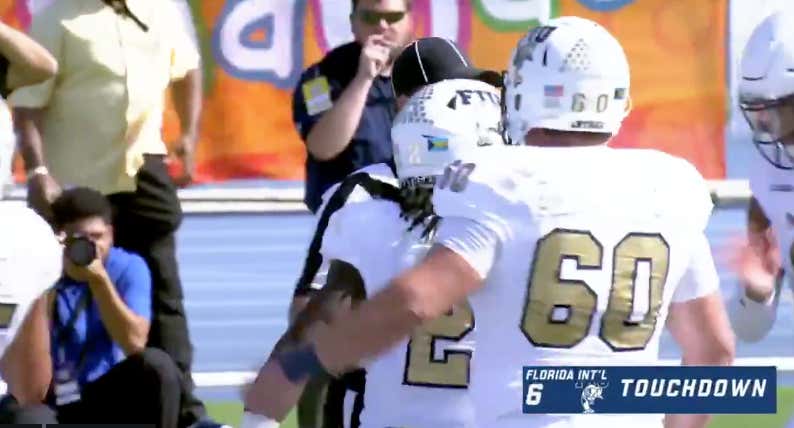 Back in September, FIU RB Anthony Jones was unfortunately shot in the face and back in a drive-by shooting:

Two Florida International University football players visiting a friend in Opa-locka were shot and injured Thursday afternoon in what police said was a drive-by shooting.

Jones was shot in the face!

Jones was airlifted after being shot in the face and the back, but his injuries didn’t appear to be life-threatening, said Opa-locka Police Chief James Dobson.

He found his way back onto the field in November, which is unthinkable. Today, in the Bahamas bowl, down 10-0 early in the game, Anthony Jones took the ball up the middle and scored: