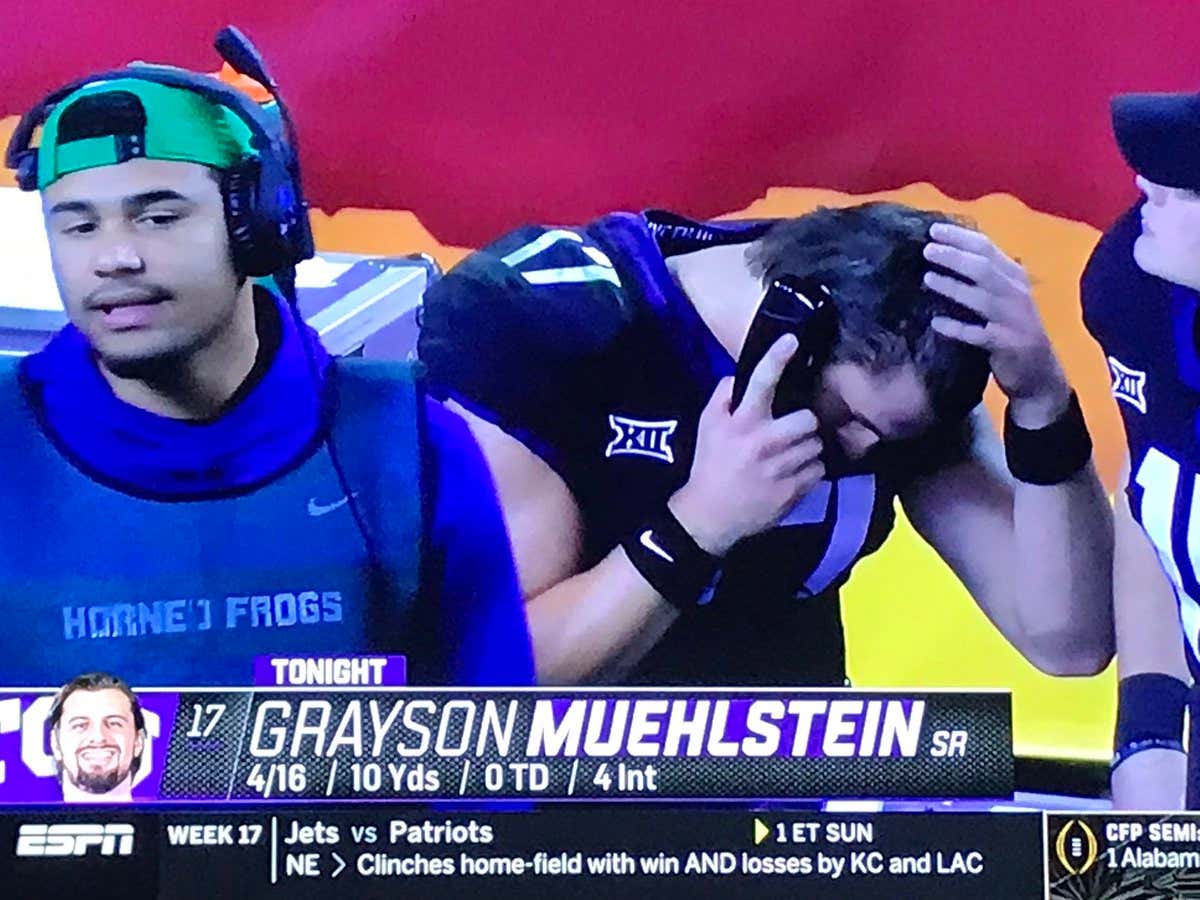 10-7. That was the score not at the end of the first, second, third, or fourth quarter. Instead, the score at the end of OT. That’s how the Cal-TCU game went in the Cheez-It Bowl. So, how did such a disgusting score happen? Well, I’m happy you asked.

3 of those 9 interceptions came within 5 plays. 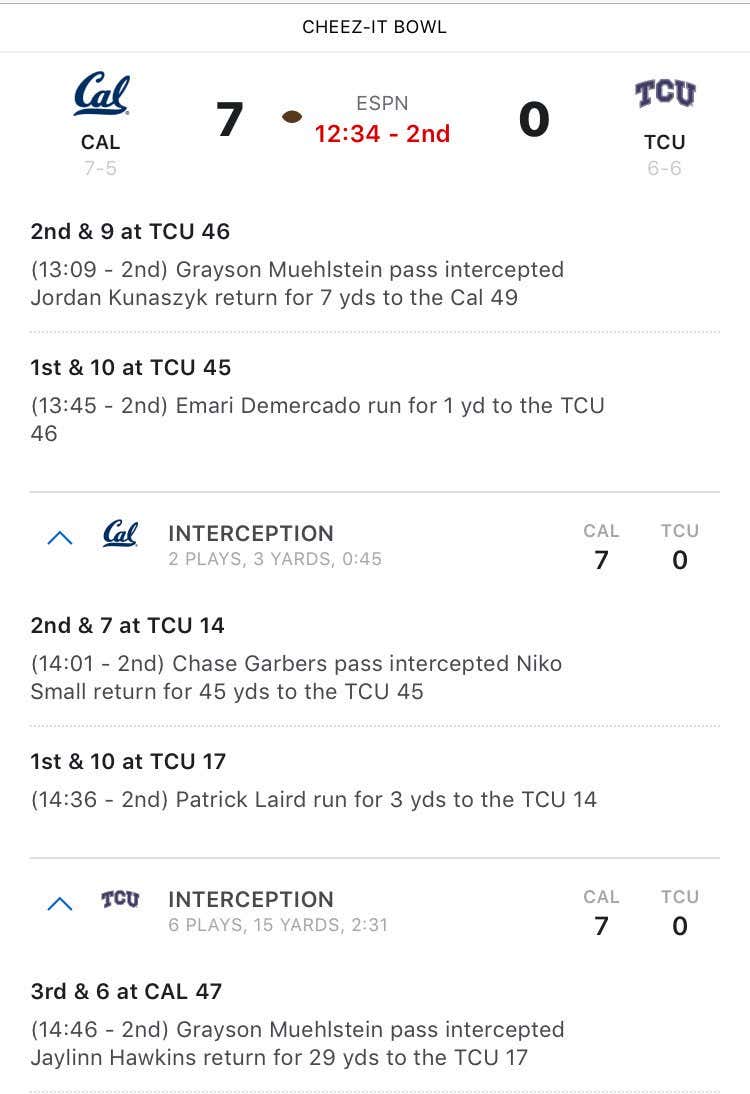 Two quarterback changes, including a QB who only had full use for ONE of his FEET!!! 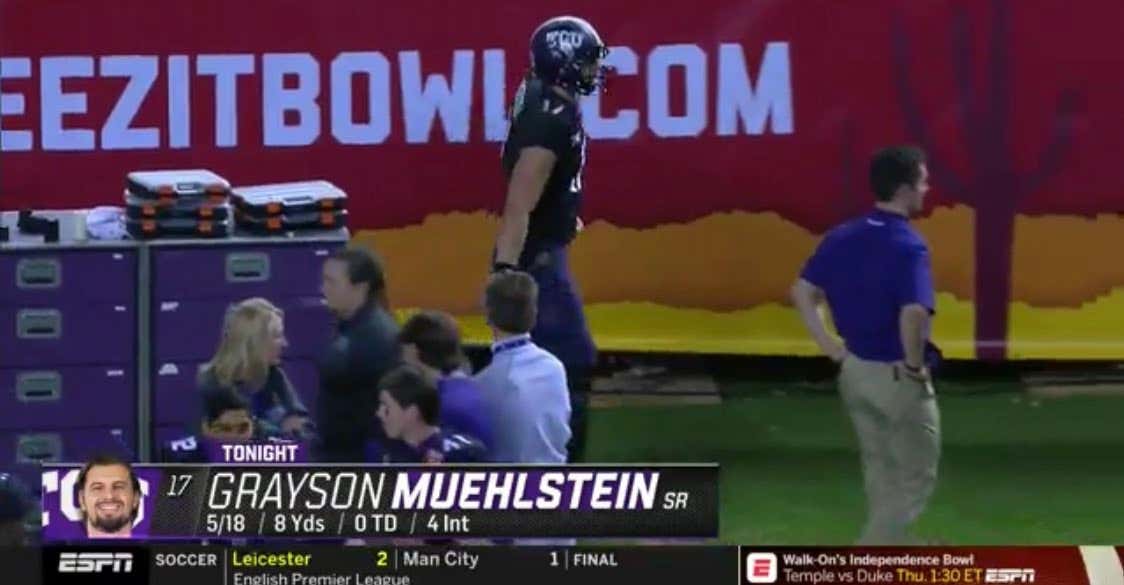 There was a proposal!

Also a sideline interference with a guy in a suit!