Quinnen Williams has had a phenomenal season at DT for Alabama. Some would argue he was the breakout star. That all almost changed today as Quinnen William almost found himself giving Oklahoma bulletin board material by insulting Kyler Murray. You can see in this exact moment the berating he was going to get from Nick Saban if he continued on with his sentence: 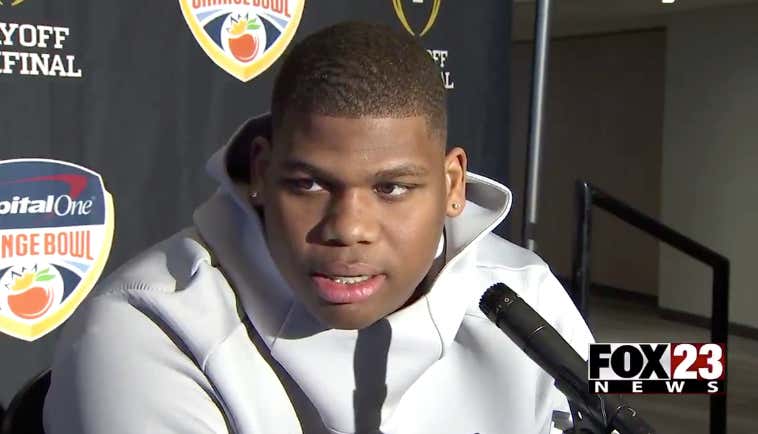 The clip only gets more funny as he seemingly mouths a few words but no voice is coming out. He was scared straight by the thought of Nick Saban. Some would say he saw the ghost of his head coach. Good for Quinnen. Who said all Alabama players are dumb? Couldn’t have been me.