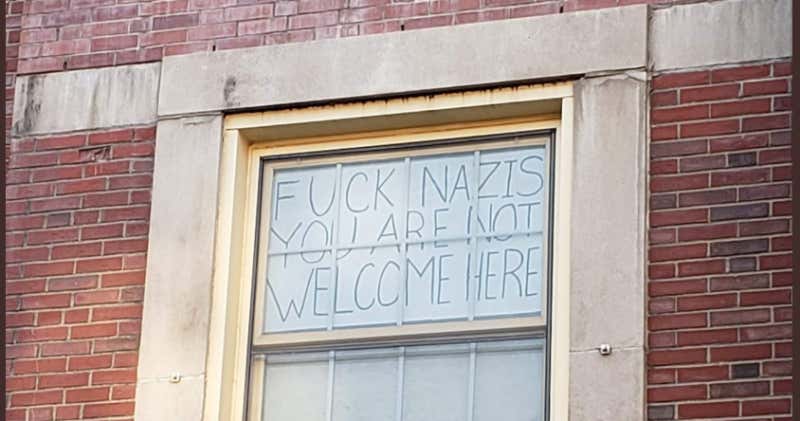 After Nicole Parsons, a University of Massachusetts at Amherst student, hung a sign to her residence hall window proclaiming “Fuck Nazis,” she got an email from an administrator.

It wasn’t “inclusive,” he wrote, and asked that Parsons remove it.

The response by the institution officials — who did admit Parsons had every right to keep the sign — has drawn the ire of students and alumni who perceived the institution was attempting to include white supremacy under the banner of “inclusion.”

2018 was the year of inclusion on college campuses everywhere. It seemed every week there was a new story over a certain club/class not being inclusive enough. Sometimes it felt the inclusion thing went a little too far. These are college kids, not pre-schoolers. I’m not against inclusion, but I would say I am against the inclusion of one specific group: Nazis. Probably best to keep those guys out of everything. If it were up to me, I’d not include Nazis in the whole oxygen thing. They don’t deserve it.

I’d love to discuss with the people who complained over Nazis not feeling included at UMass Amherst. 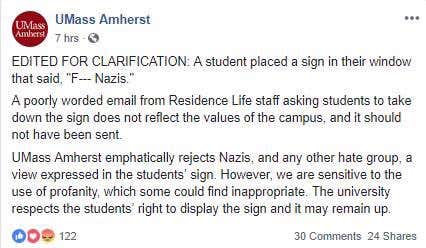 Ahhhh, the classic throwing the RA under the bus excuse. A centuries-old technique.