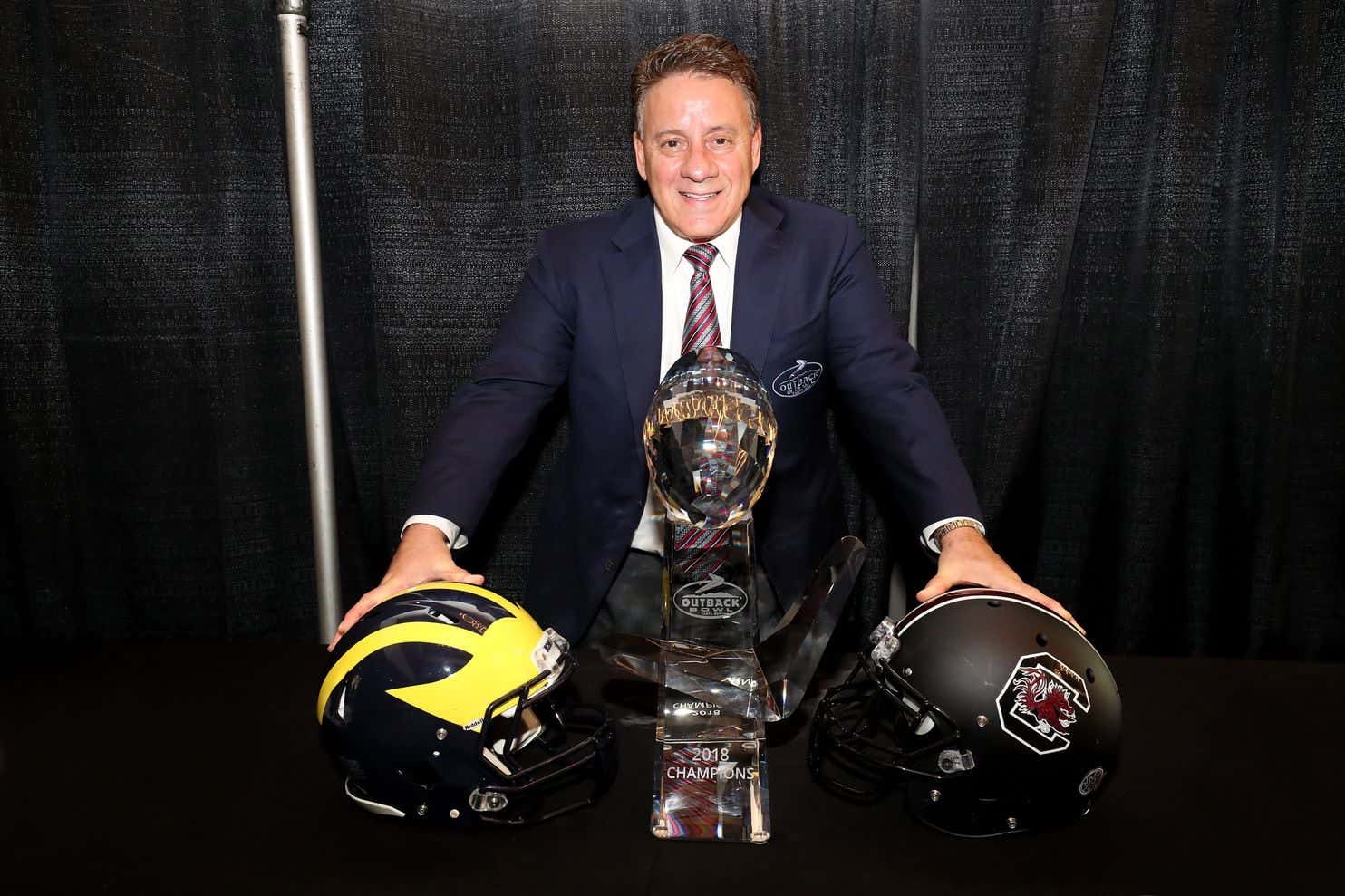 I’m a fan of bowl season. More game equals more fun if you ask me. Also, who doesn’t want more college football games to gamble on?! I am not ‘Bird Boxed’ to the downsides of bowl season, though. On the surface, most of the games are meaningless. Plus, it’s another example of the players being taken advantage of while not being paid in games that are advertising for companies across America. Need further evidence of that? Take a look at what this guy makes for being the president of the Outback Bowl:

SOURCE-It belongs to Jim McVay, a sports executive who for the past 30 years has run the Outback Bowl, a second-tier college football postseason game featuring third-place teams.

The hefty paychecks enjoyed by bowl bosses long have been viewed by economists as a sign of exploitation in a sport played by amateurs. But even among this coterie of well-paid executives, McVay’s compensation — $1,045,000 in 2017, according to the bowl’s most recent tax filing — ranks as extreme, according to a review of bowl financial records and interviews with industry experts.

$1,000,000 to be the president of the….Outback Bowl. Imagine having that job. What do you even have to do? Plan a few events for the week leading up to the game (you’ll have someone else do this for you) and get someone to dress in the Bloomin Onion costume?

For obvious reasons, some took to Twitter to make some jokes towards the Outback Bowl for this absurd salary to a man who oversees a game between two third-place teams. It turned into the Outback Bowl breaking out the ole block button:

Among the 10 wealthiest bowl games in terms of revenue, the Outback Bowl ranks eighth in charitable giving since 2000, according to financial records and interviews, with $500,000 donated, all in the last two years.

I love college football, but one day this entire scam is going to fall. Hopefully, it will be rebuilt in a proper way.

In an interview at Outback Bowl headquarters earlier this month, bowl spokesman Schulze — who also serves as director of sponsorships, and earned $205,000 in 2017 — said it’s a common misconception that he and his colleagues are busy only one month per year. There are about 25 promotional events throughout the year, Schulze said, and selling sponsorships for the game is also a year-round endeavour.

“People don’t understand the bowl world. It’s very unique,” Schulze said. “People are always going to say, ‘Gosh, I didn’t even know that was a job.’ But we all work hard. We’re here every single day.”

“The dynamic is basically the same,” Schwarz said. “These bowls generate a ton of revenue, and some of it is unclaimed, and it has to go somewhere.”

Maybe, just maybe, that revenue could go to the…….players?