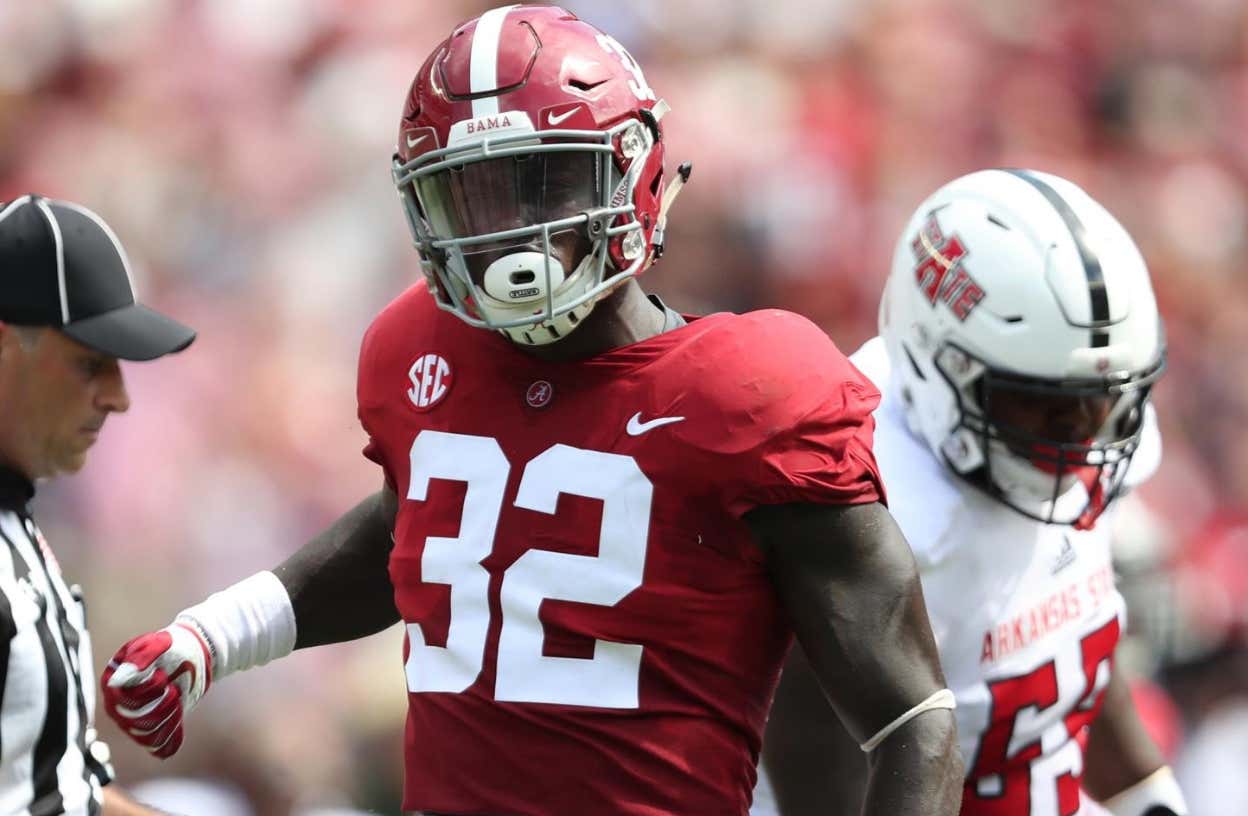 Alabama football is not just entertainment for the fine folks of Alabama. It’s a way of life. It’s religion. Most people won’t understand it and that’s fine. The coastal elites can laugh at those “dumb hillbilly fans in Alabama” as they drink on their $11 CBD Oil Coffee all they want, but the love for their college’s football team isn’t going to stop anytime soon. For those who don’t understand, but do want to, there is one simple phrase to sum up the love for Alabama football: Roll Tide.

One of the few things E*** has done over the past few years is this commercial:

But what about the players? They must get a few “Roll Tide’s” in weird situations. For Alabama LB Dylan Moses (very good at the football thing) his weirdest moment came while sitting on the potty:

“In the restroom — that was probably the weirdest place. Like, you’re on the toilet, and the next thing you know, someone says, ‘Roll Tide.’ Like, what? … I was washing my hands and then someone from the stalls said, ‘Roll Tide.’”

“I said it back, but then I hurried out the restroom. It was funny, man. That was probably the funniest moment ever.”

Don’t blame Mr. Moses for parting the bathroom sea and getting out of there. I would’ve done the same if I was a 5-star LB. Love the support, but let’s talk somewhere else than the bathroom stall.

I may have to rank the 10 best roll tide’s in internet/TV history this offseason as there are plenty. I don’t want to ruin that list for you, but here will, undoubtedly, be this moment: