I don’t know if you heard, but Trevor Lawrence is the greatest thing to hit this world since sliced bread. NFL teams are already tanking for him and he won’t be in the draft until 2021.

His unbelievable performance for Clemson throughout the 2018 season was predicted by Trevor Lawrence’s girlfriend 2 years ago: 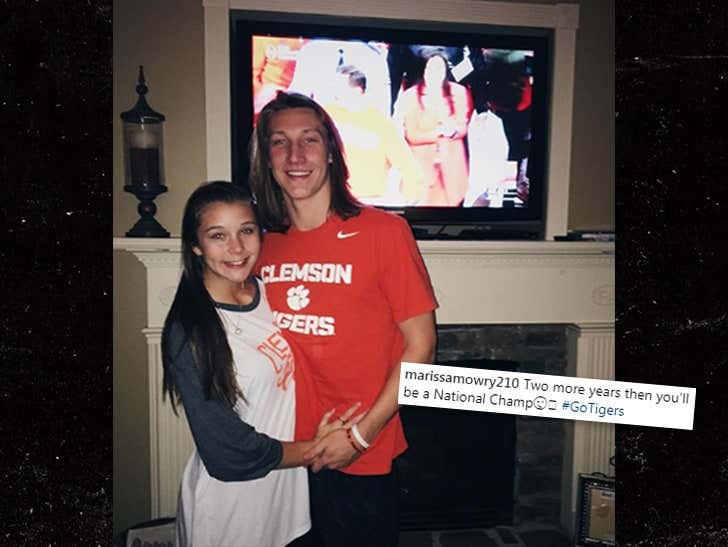 TMZ-Trevor Lawrence‘s girlfriend landed a winner … and she knew it 2 YEARS AGO … ’cause she predicted her man would win the national championship back in 2017!!!!

The freshman Clemson star has been dating college soccer player Marissa Mowry since early 2016 … and while we were doing some research on the dreamy QB’s lady, we came across this prophecy from January 9, 2017.

A shame we couldn’t have a rerun of the 2012 national championship with Brent Musburger:

Not at Clemson, though. She better watch out for this Clemson girl: