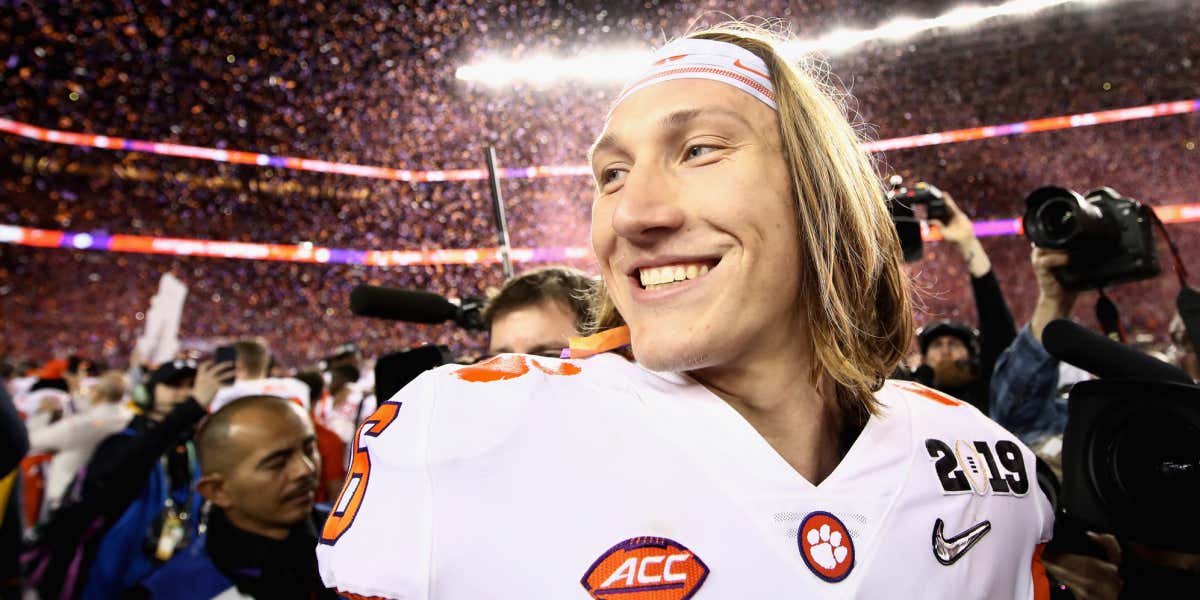 Everything about Clemson’s victory over Alabama was impressive. From winning by 28 to stopping them on 4th down in the Red Zone late in the 4th quarter to put an exclamation point on their resounding victory.

My favorite part was the fact that two true Freshman just devoured the team that many were calling the greatest of all time.

The biggest factor to this all was Trevor Lawrence. How could this guy (who went to prom just 10 months ago) take apart a Nick Saban defense? Turns out it was just breaking down some film in Chick-fil-A:

SOURCE-He does love Chick-Fil-A. Back in Cartersville, that’s where Lawrence would hide out, ducking the crush of being a local celebrity to watch film of upcoming opponents in a corner booth on his laptop. In Clemson, they say he does the same, poring over Notre Dame and Alabama defensive cut-ups while snacking on Chick-n-Minis. After his last teammate handshake of the night, he finally turned and started walking toward the waiting explosion inside the Clemson locker room. But he paused when he caught a glimpse of the postgame meal boxes stacked up on a table in the concourse.

“Now we’re getting Chick-Fil-A, too?” college football’s best quarterback exclaimed as he brushed his long, golden locks from his face. “We can’t lose tonight.”

This is about as southern as it gets. Chick-fil-A, a phenomenal QB, and breaking down film.

Hunter Renfrow, a walking college football legend himself, remarked that he couldn’t tell the difference between Lawrence’s demeanor during the CFP and when he was getting some Chick-n-Minis:

“And look at his face. You couldn’t tell if he’s just won the national championship or if he’s just headed down to Chick-Fil-A to eat”, Clemson wide receiver Hunter Renfrow

And I bet his hair looked the same:

P.s. Yes, Trevor Lawrence did go to prom 10 months ago: