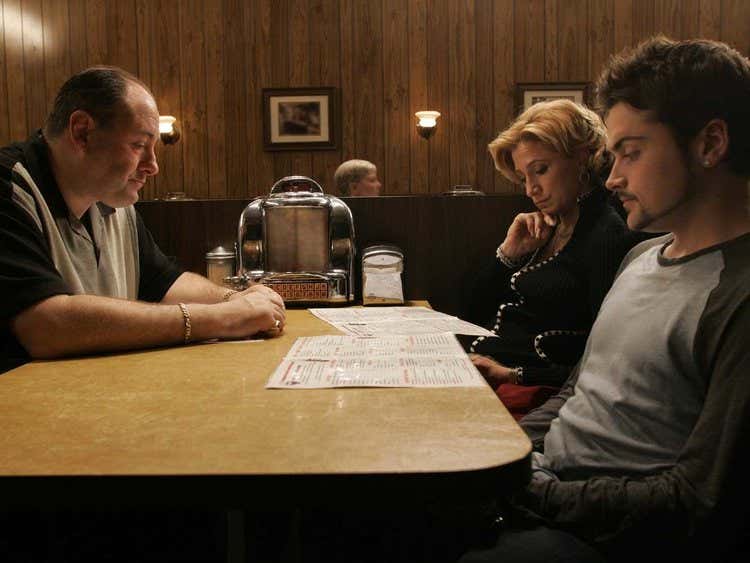 20 years, today, The Sopranos was introduced into our lives. The first episode was perfect, “we had coffee:”

Sometimes I get asked if I watch TV. I just respond simply, “Yes, I watch reruns of the Sopranos.”

I could write a billion words on this show, but let’s skip to the infamous ending. Every Sopranos fan I’ve talked with has their own take on what happened when the screen went black and Don’t Stop Believin’ abruptly stopped.

This Twitter thread gave a take I haven’t heard before: 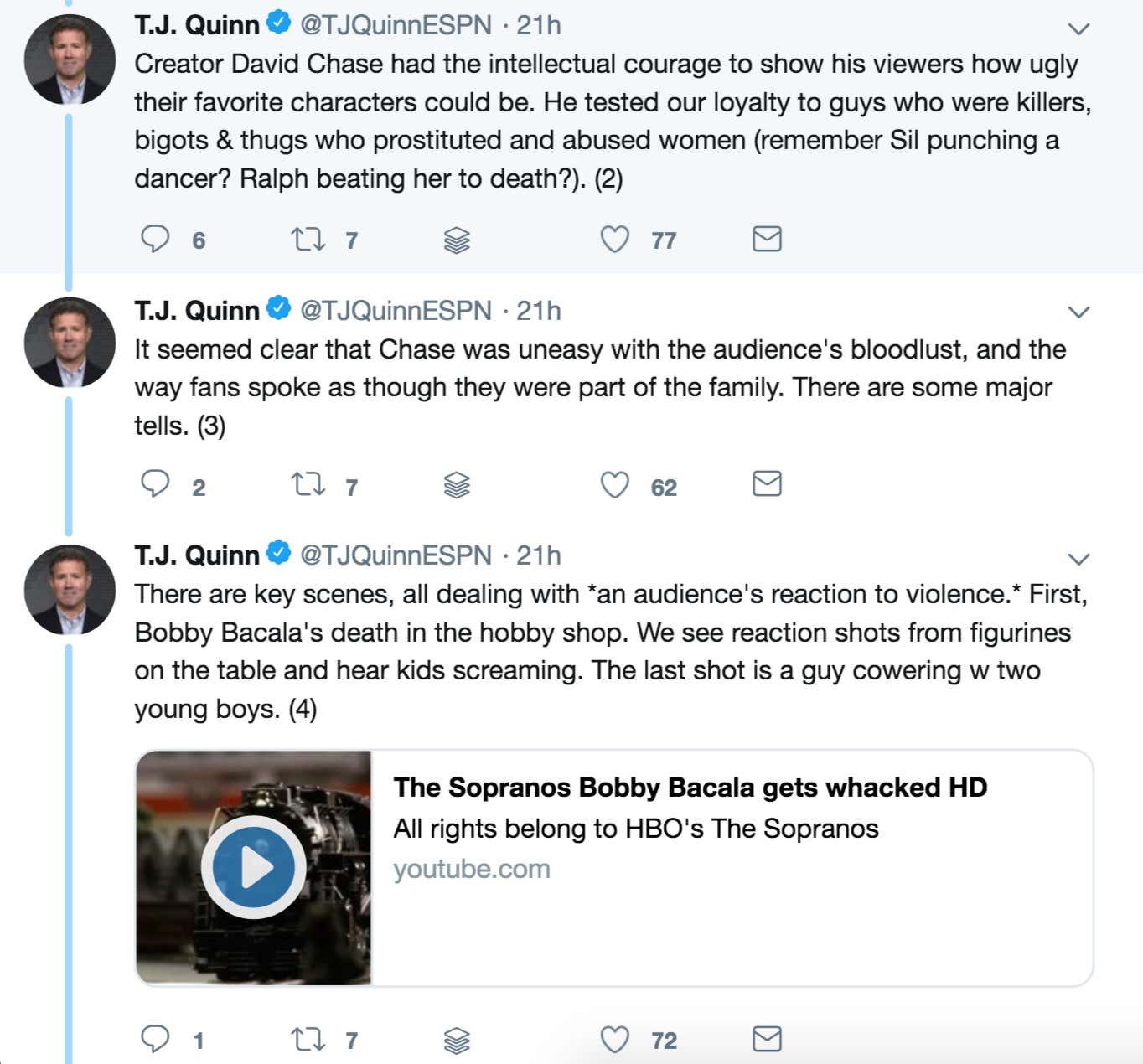 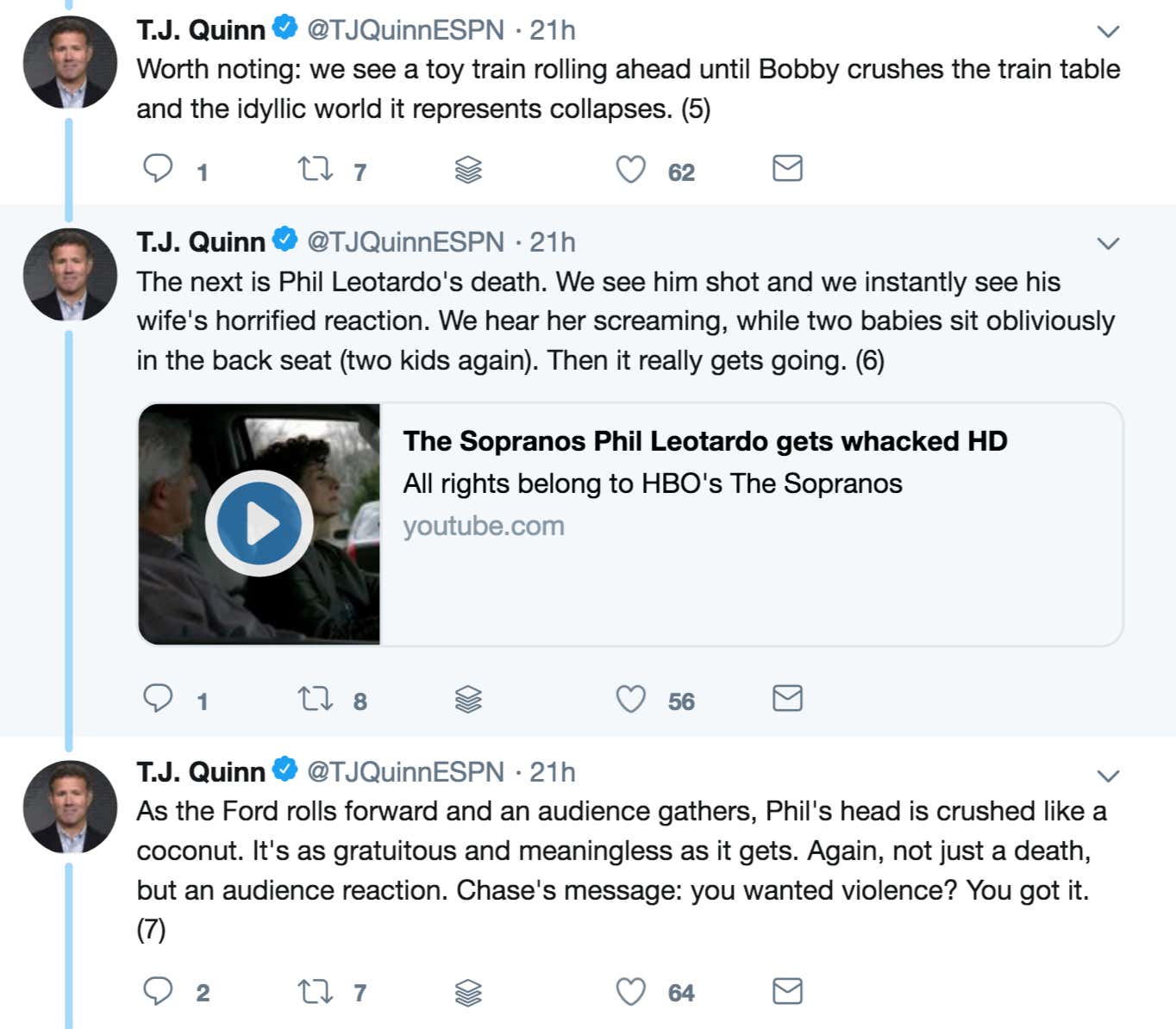 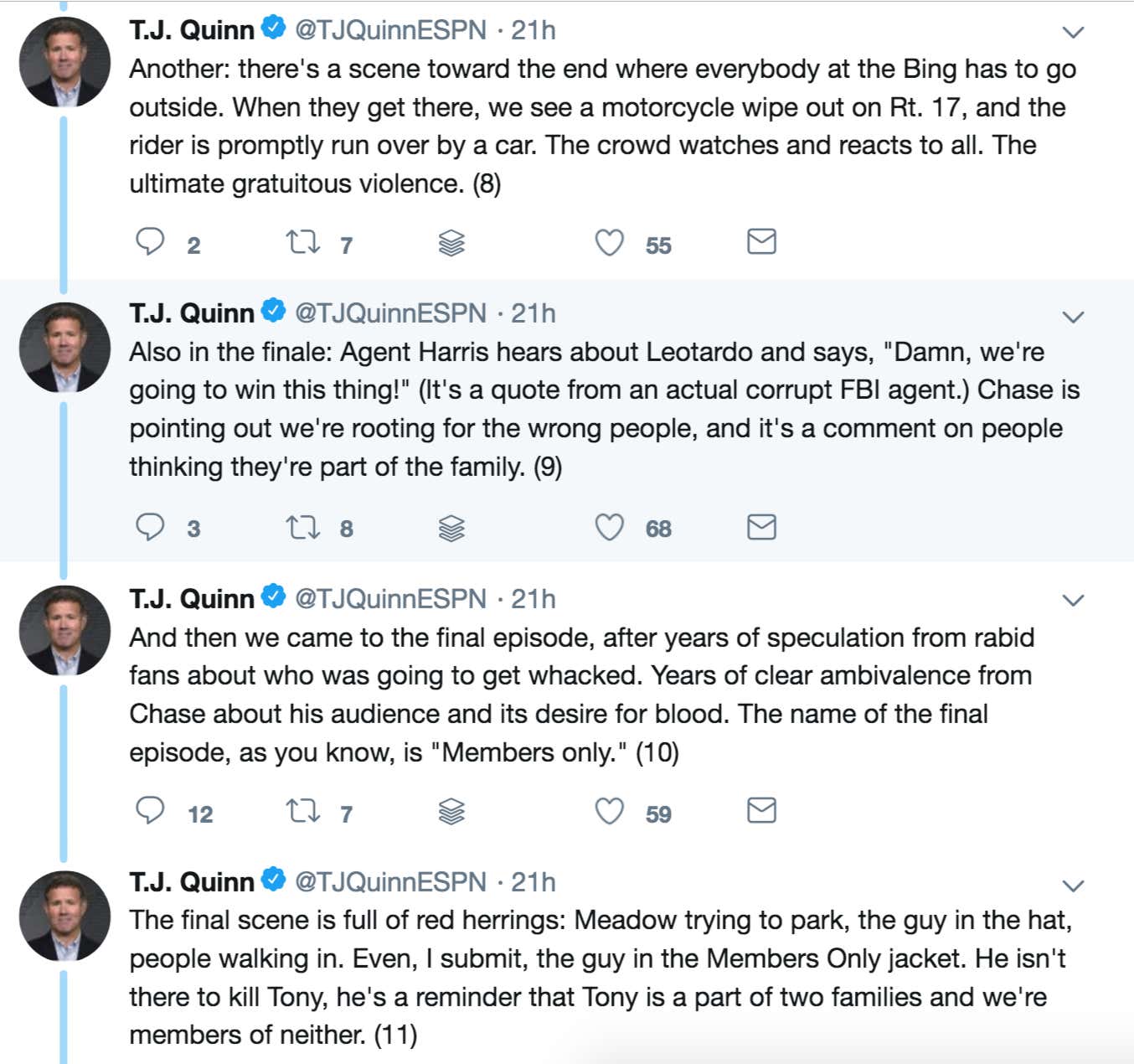 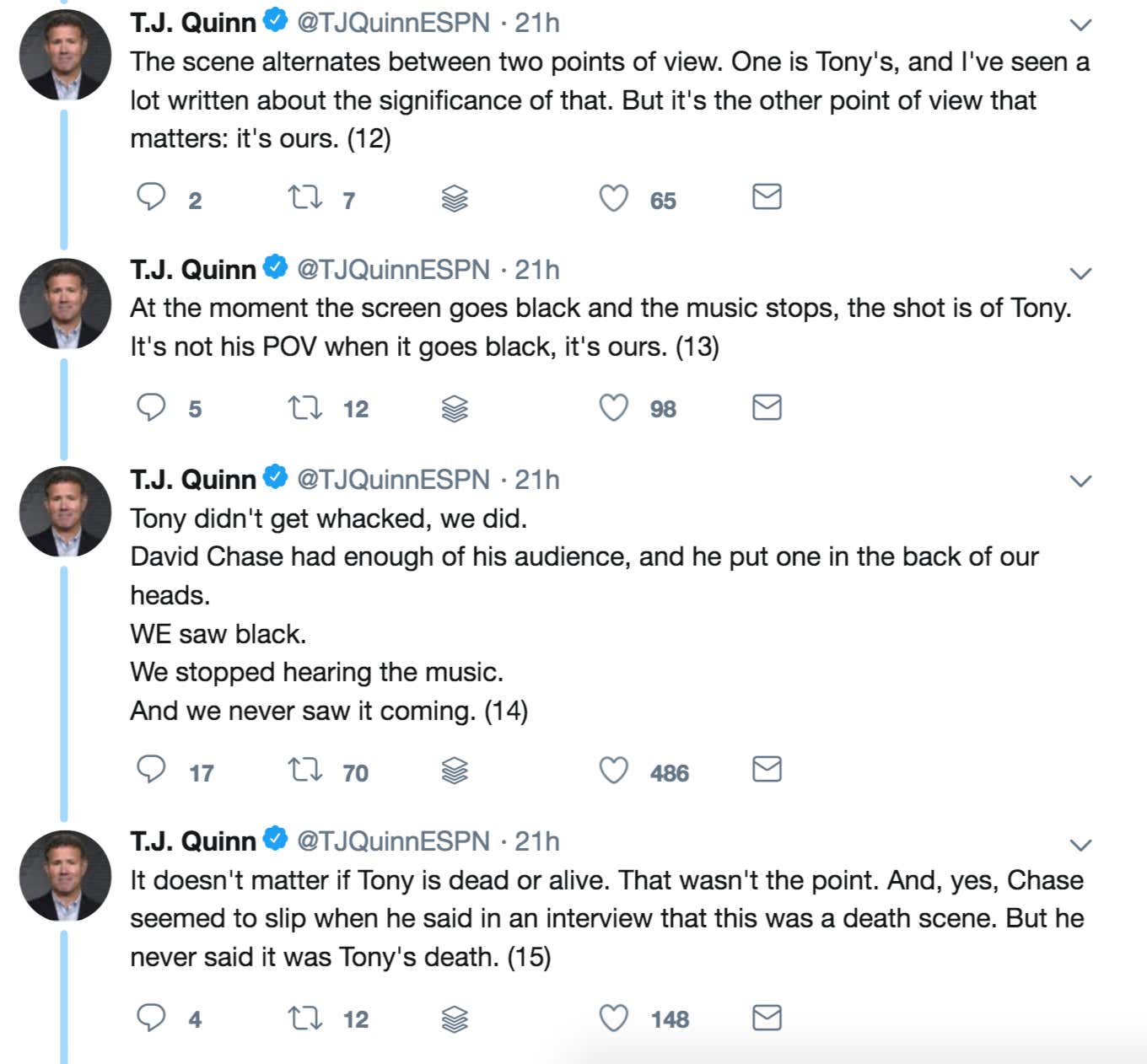 I’m no TV or film expert, but this is an opinion on the finale that clicked in my head. Maybe it’s been said before, maybe it hasn’t, but still incredibly interesting. I think I’ve watched the show through 4-5 times at this point. It gets better every time. Every time I hear the theme song, it still gives me chills. I never understood the people who skipped it. 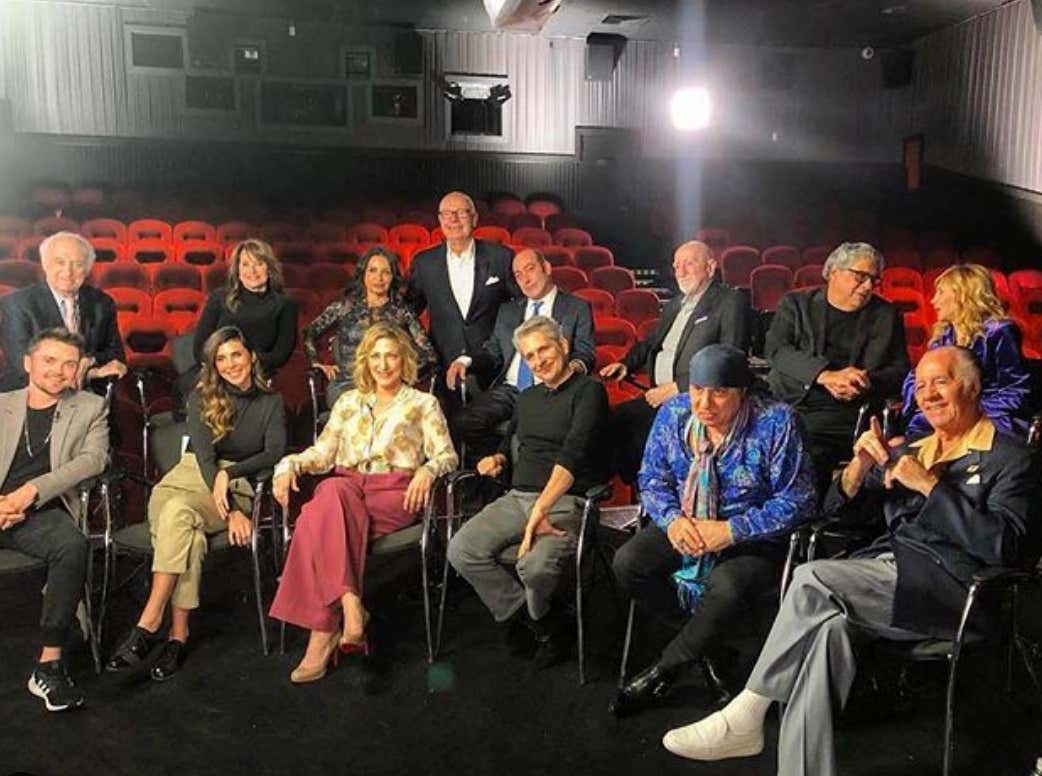 Shocker that Junior is still alive.