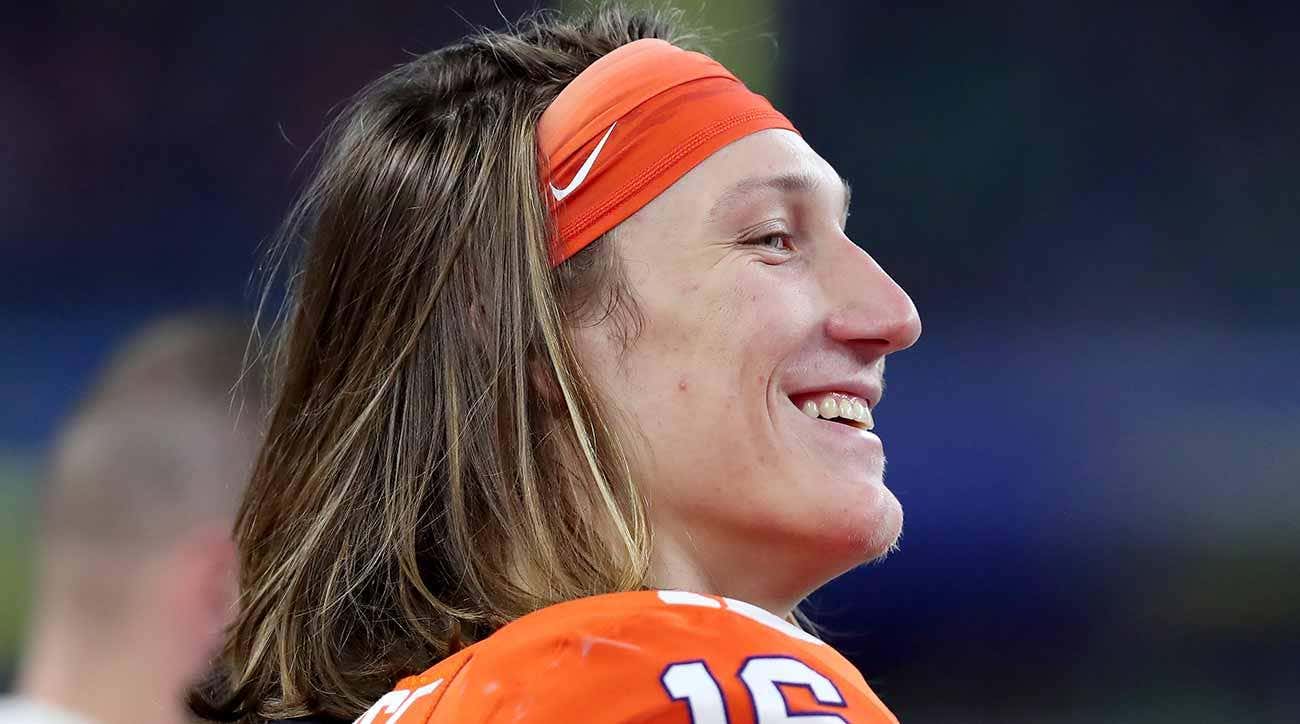 Trevor Lawrence stole the hearts of America on Monday night. The true freshman cut up the Alabama defense on way to winning the national championship:

For good reason, NFL fans are looking at Trevor Lawrence as the next great QB prospect. However, Lawrence won’t available to enter the draft until 2021. The rising true sophomore has to play 2 more seasons at Clemson. This has some folks suggesting ridiculous measures for Trevor: 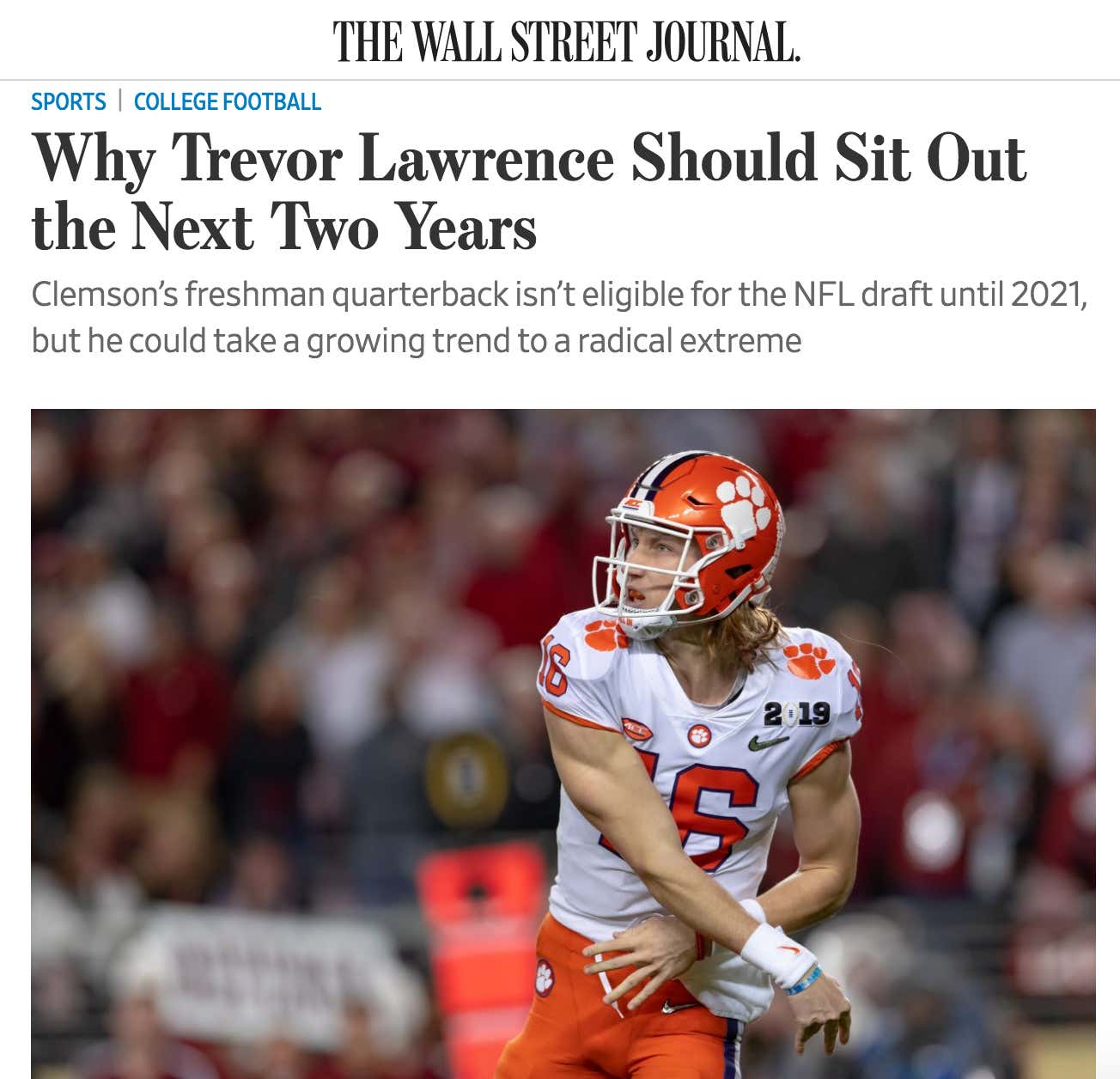 The thought is simple from Brian Costa:

SOURCE-If Lawrence were eligible for this year’s NFL draft, by all accounts he would be among the most coveted players.

“He would absolutely be in the conversation as the top quarterback this year,” said Tony Pauline, owner of draftanalyst.com. “He shows the makings of a franchise type quarterback.”

Todd McShay shares similar thoughts. After the game on Monday, McShay said Trevor would be the #1 pick in 2019 and the 2020 draft. Scott Van Pelt responded by (half-jokingly) bringing up those who are suggesting Lawrence should sit out until the 2021 draft. McShay immediately shut that down.

Few players attain such status with two more years left before they become eligible for the draft. Most aren’t physically ready to play in the NFL yet, even if they have many of the requisite skills.

Even Alabama quarterback Tua Tagovailoa—whose draft prospects Pauline said are comparable to Lawrence’s—has only one more year to go. But the economics are the same: Once a player has convinced NFL teams that he is worthy of a top pick, the potential financial upside of continuing to play college football is dwarfed by the potential downside.

Do I see Trevor Lawrence or Tua Tagovailoa doing this? No. The article presents good points. It’s up to Tua & Trevor, obviously. This could be an interesting situation because Tua & Trevor could change the college football landscape forever. If two of the most marketable guys in college football decide to sit out 1 & 2 seasons, it may force the NCAA’s hand to allow them to profit off of their names. Yes, a college QB wouldn’t be able to make NFL money, but how much could Trevor Lawrence make in endorsements over the next two years?! I’m no economist, but my guess is A LOT of money.

I’d be shocked if it happens, but if it does, it could be a student-athlete revolution.