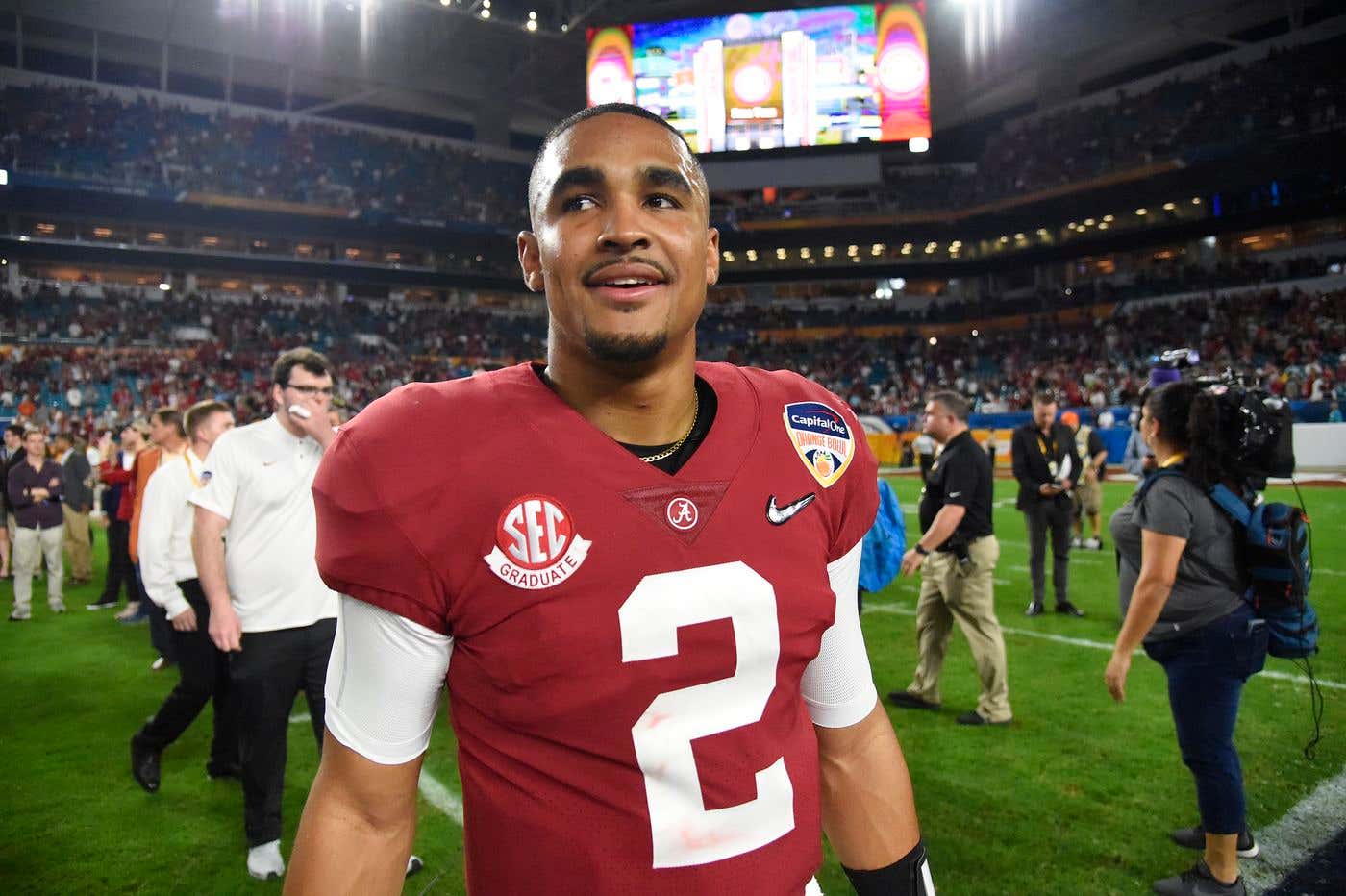 Last night, it was Maryland:

His first visit being Maryland makes sense considering Alabama’s offensive coordinator in 2018, Mike Locksley, is the new head coach for the Terps. Hurts made massive strides in practice with Locksley, specifically as a passer (a place he struggled in 2016 & 2017).

His next stop? OKLAHOMA:

Oklahoma, similar to Maryland, makes sense for Hurts. Yesterday, it was announced that Austin Kendall (who was thought to be the incumbent starter) has entered the transfer portal:

This was surprising. Kyler Murray is technically still an Oklahoma Sooner. He hasn’t submitted his draft papers and could come back. Tomorrow is the last day for Murray to submit his papers for the NFL draft. If he doesn’t, there is also the possibility that he just goes and plays baseball.

Hurts would be the starting QB if he transferred to Oklahoma. He could technically be beaten out by true freshman Spencer Rattler.

The college football offseason now contains a free agency period, which is kind of fun. We’ll keep you updated.