It started earlier in the day when Trump proclaimed that Clemson was going to have a 5-star dinner to celebrate their national championship victory:

Some thought Trump was joking, but boy was he not: 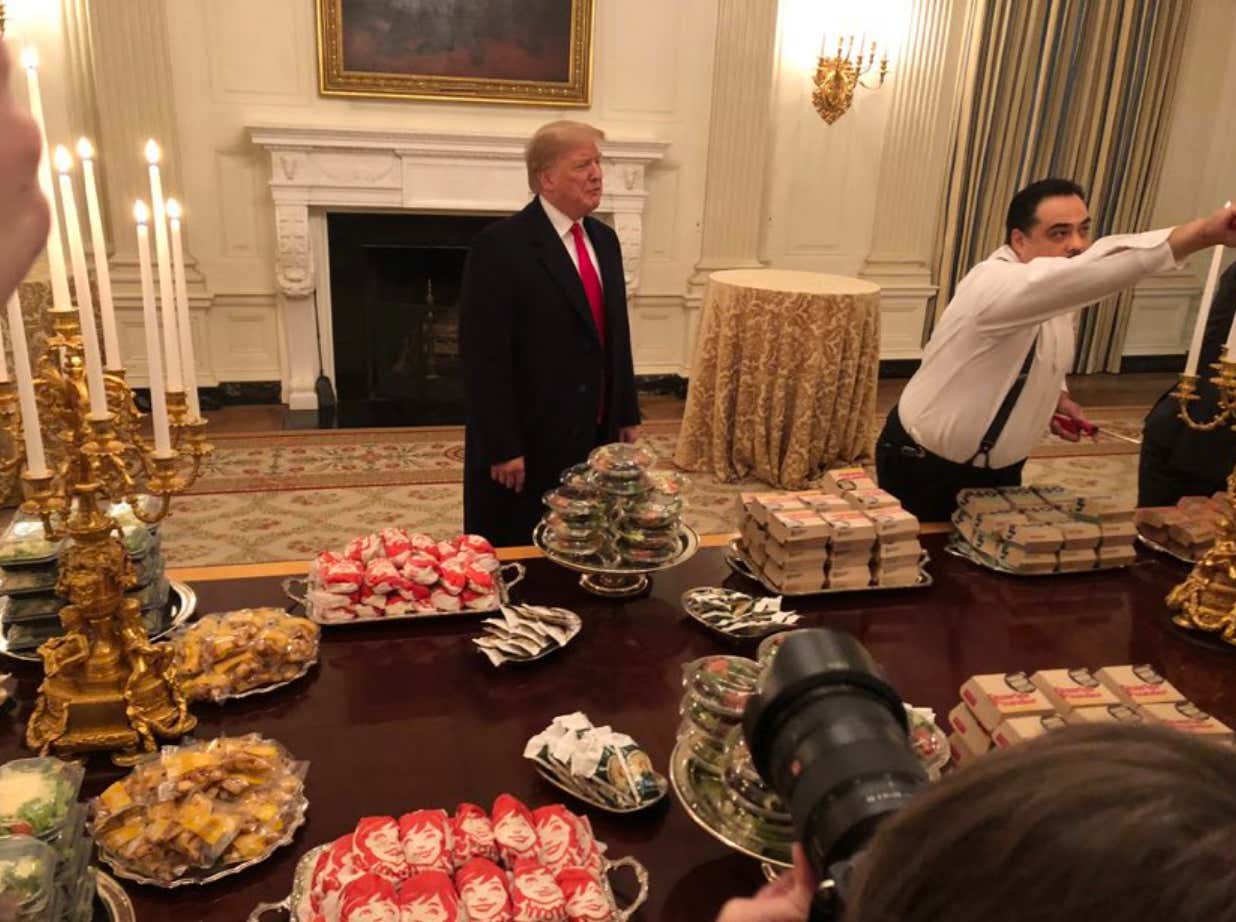 Nice to see Trump included salad for the Clemson guys who are watching their weight.

Here he is explaining the 5-star dinner he prepared for the Clemson team, even though the government is shut down:

He knew “very large people who like to eat” were coming, so he went out and paid for “American made” fast food himself:

Absolutely phenomenal how fancy they made this fast food. Putting McDonald sauces in gravy boats: 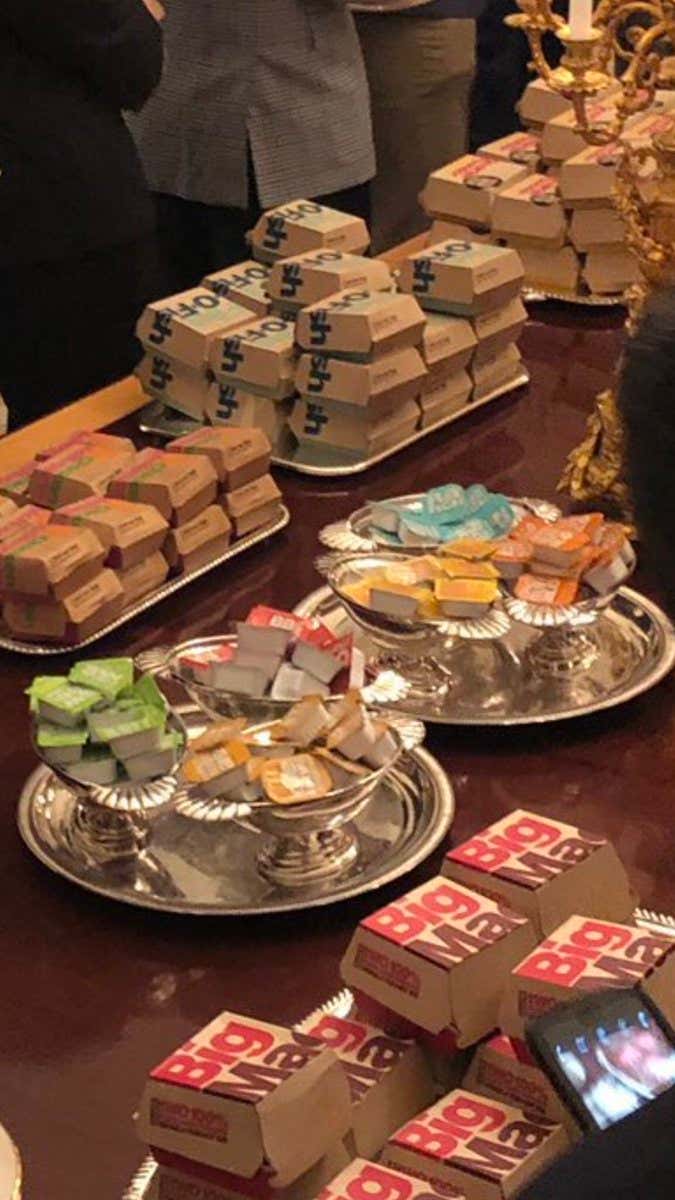 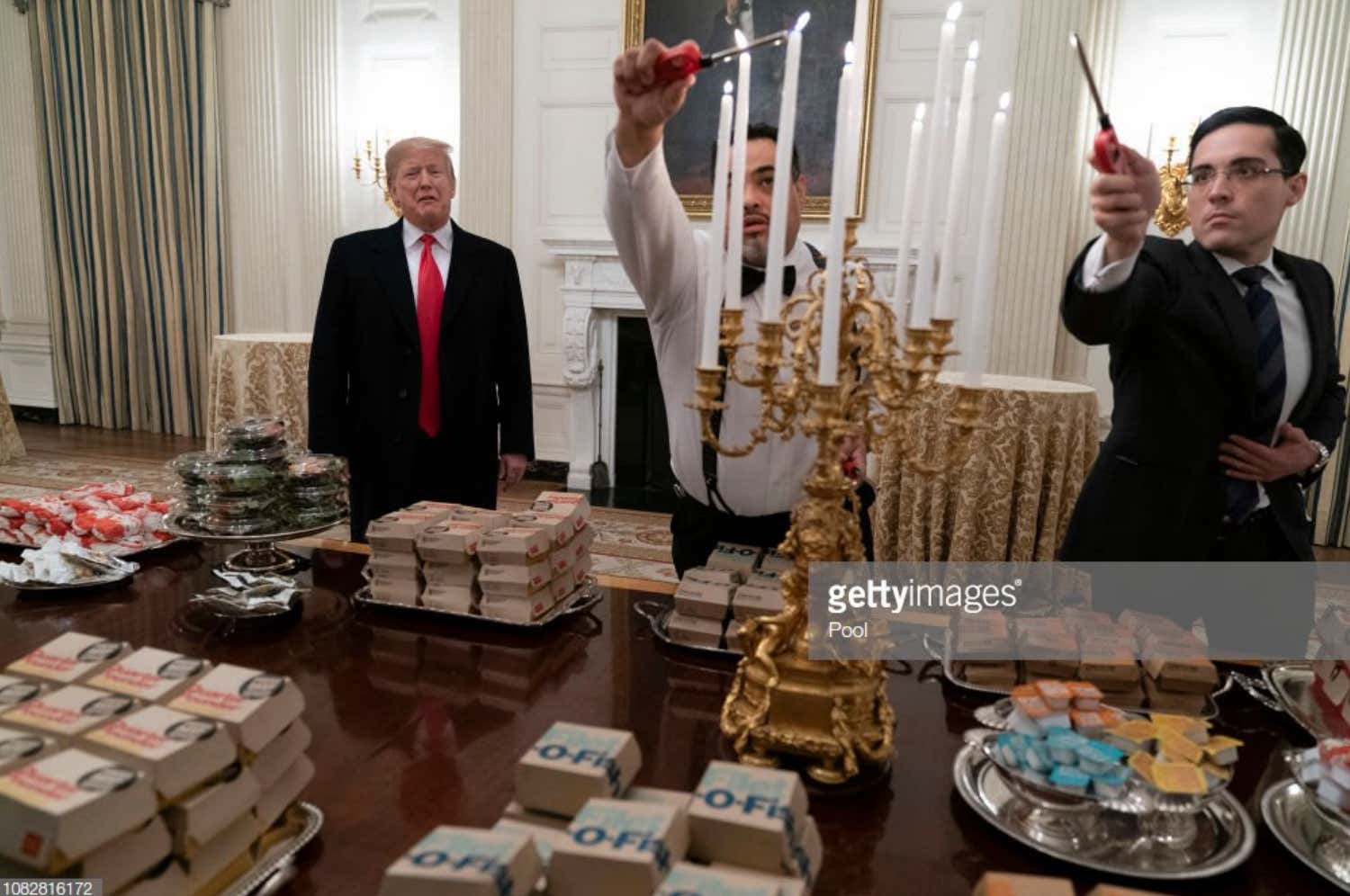 Trump went on to congratulate the Clemson players with a speech. Within it, he bragged about getting all the fast food for the players instead of “little salads” made by the “first lady.”

He then went onto ask Trevor Lawrence if he was 18:

All in all, an amazing event for Clemson.

“Because the Democrats refuse to negotiate on border security, much of the residence staff at the White House is furloughed — so the President is personally paying for the event to be catered with some of everyone’s favorite fast foods,” is an all time quote. What a country we live in.