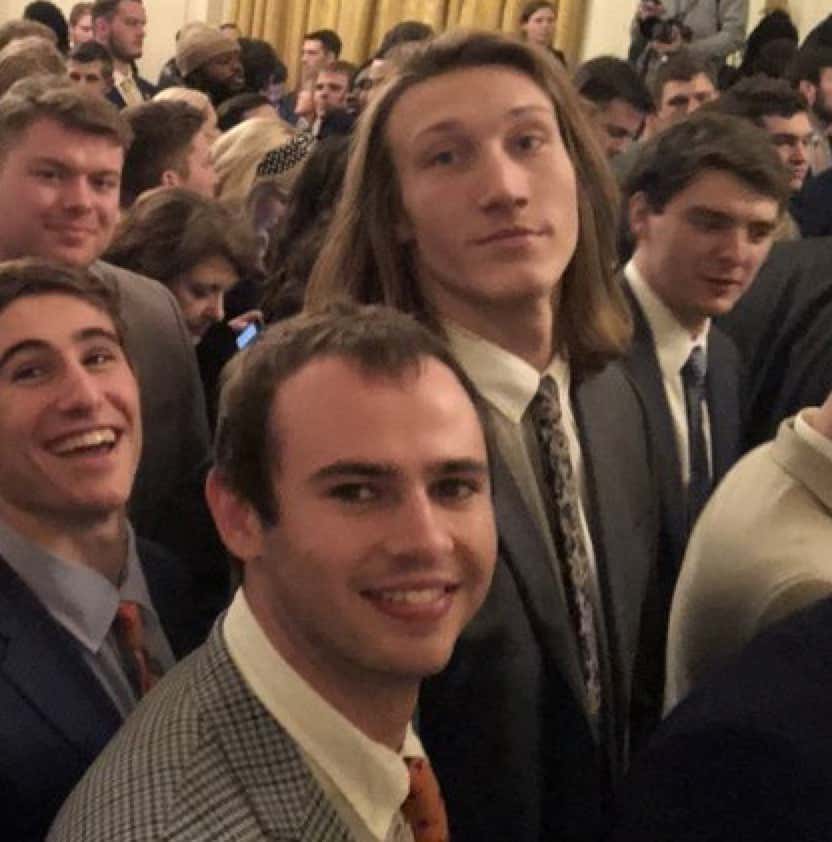 For some reason, this photo with a quote from Trevor Lawrence went viral today: 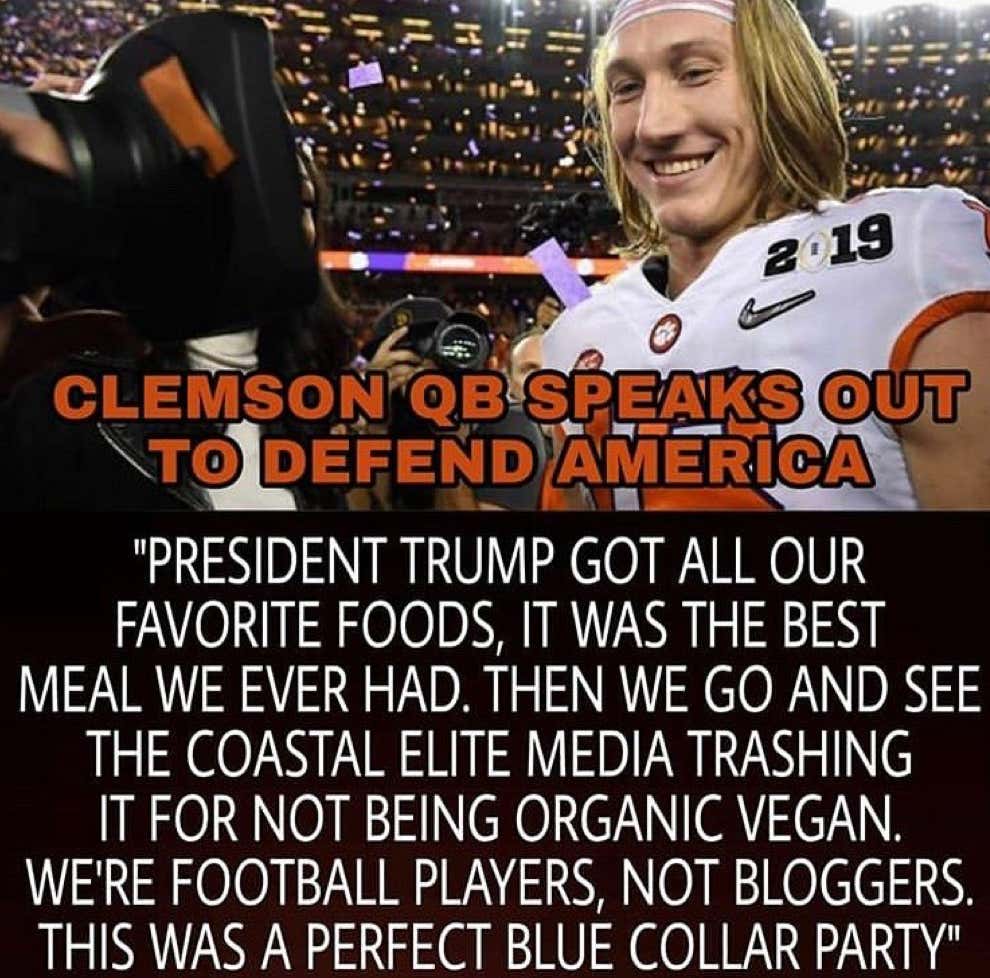 The photo was posted across dumb accounts on Twitter, such as Cloyd Rivers: 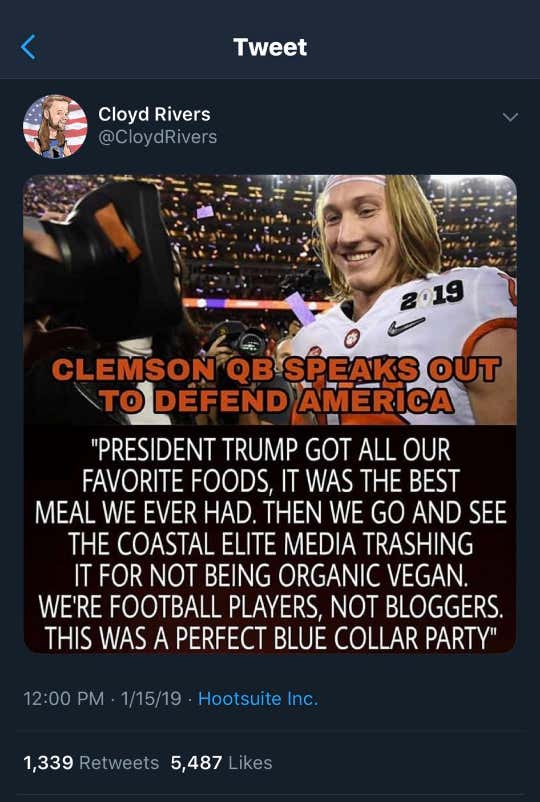 Cloyd Rivers (who loves making fun of snowflakes) ended up being a snowflake and deleting his tweet after Trevor Lawrence quote tweeted it:

To think anybody thought this quote was real is astounding. To whoever came up with the meme, you sir are a comedic genius. It is perfect. If you needed to come up with a fake quote that would fire up anti-SJW folks on the internet, it was this one.

“It was the best meal we ever had.”

That’s what it’s all about. That’s the holy grail of making a fake news meme for the anti-SJW crowd.