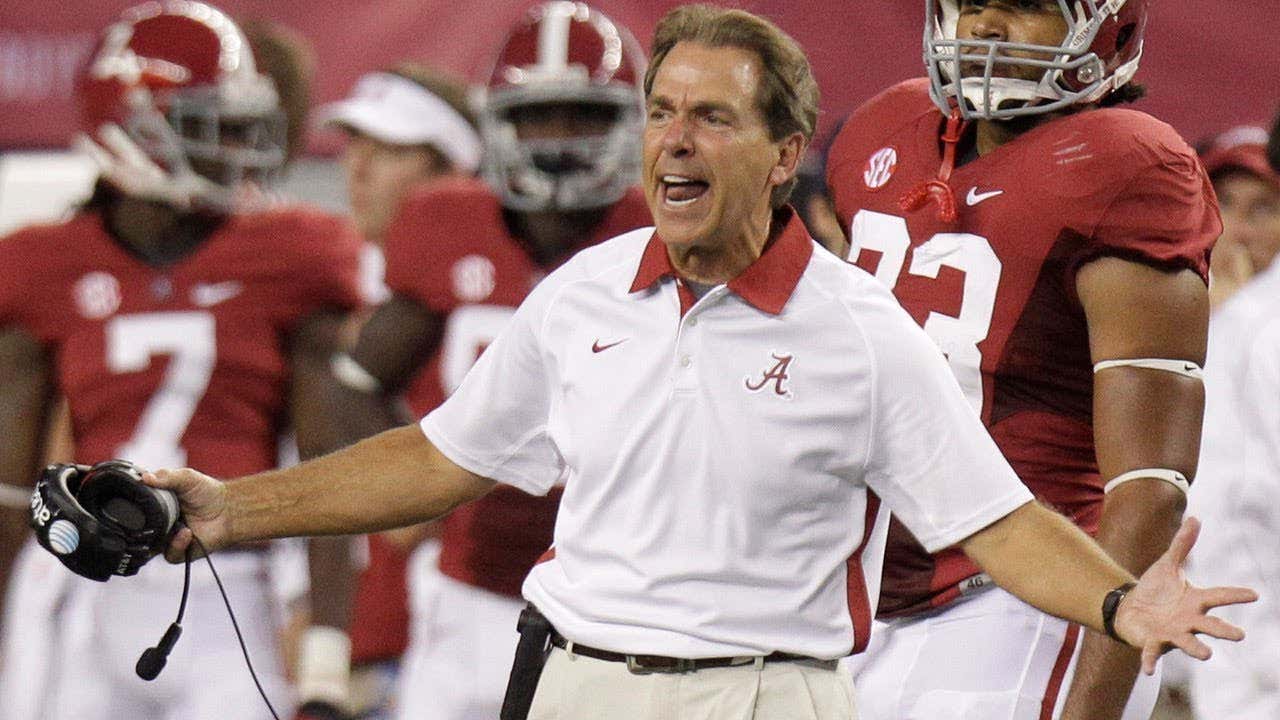 Nick Saban has had a rough month. After losing to Clemson 44-16, it seems every assistant outside of Butch Jones has left Alabama. By my count, 8 assistants have left Alabama since the end of the season. One of those is Dan Enos, reportedly in line to be the new OC at Alabama, who left for Miami.  According to a report from Bruce Feldman, Nick Saban didn’t know about Enos departure until he didn’t show up for a meeting:

Several of the staffers knew the answer to their boss’ question. Word had already spread that the 50-year-old Enos was headed to Miami to become offensive coordinator and quarterbacks coach under Manny Diaz. No one in the room wanted to be the one to break that news to Saban, even though Miami was primed to announce it in a couple hours.

One staffer scrambled to check if Enos was in his office. It was empty, save for a pencil on the desk. Maybe he’d already moved into [current Maryland head coach and former Alabama offensive coordinator Mike] Locksley’s old office, but that one was empty too.

Enos pulled the opposite of a Costanza. Instead of continuing to show up, he just didn’t:

Bruce Feldman is the pinnacle of college football reporting, so I’d be surprised if this story was false, but Dan Enos responded:

Yes, the term “ghosting” is in the vernacular of the college football world now. I’m here for it.