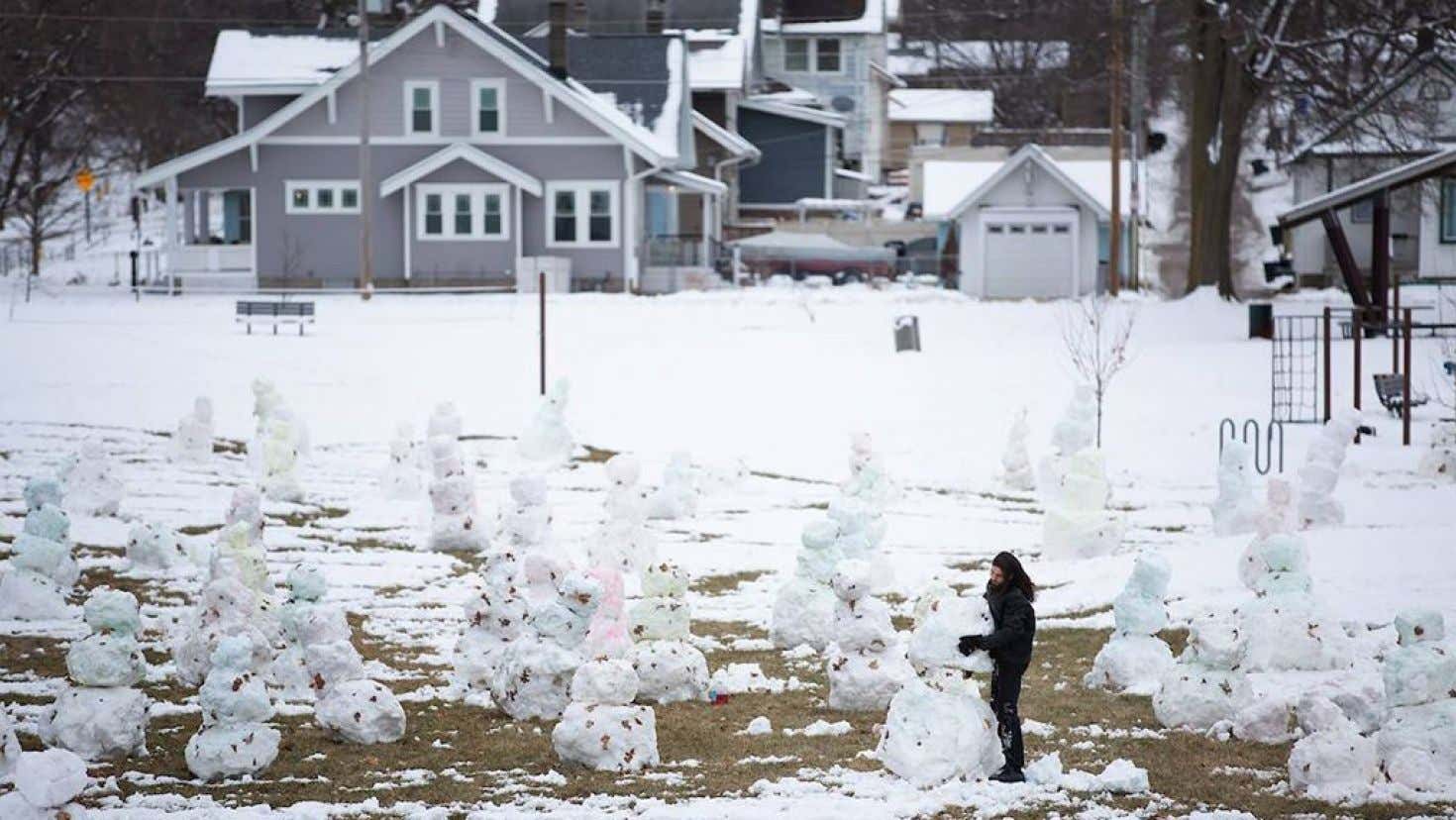 Building snowmen was never for me. I never found joy in it. Growing up in New England I had plenty of chances, but could never get behind the trend.

Today, I found the bizarro version of myself:

SOURCE-Alec Paul, a Bachelor of Fine Arts sculpture student at the University of Nebraska at Omaha (UNO), was having trouble catching some Z’s on Monday when he decided to take a trip to a nearby park, the school explained.

Paul “started rolling snow” by himself, an effort that lasted roughly nine hours, according to the university. He ultimately built a total of 84 snowmen and carried on “until he quit from exhaustion.”

Talk about a pre-crime move. If I was the University of Nebraska at Omaha police department, I’d bring Alec Paul in for a basic screening. I know there’s no law for this, but building 84 snowmen in one night….for fun? That should be enough grounds to bring somebody in for some questioning.

This story is from Fox News, so they probably couldn’t say this, but I think we all know what happened here. Alec Paul was high out of his fucking mind. It’s actually more likely that he was tripping balls. That’s the only way such an action would happen.

“To clear his mind” suuuuuuuurrrreeeeeee. 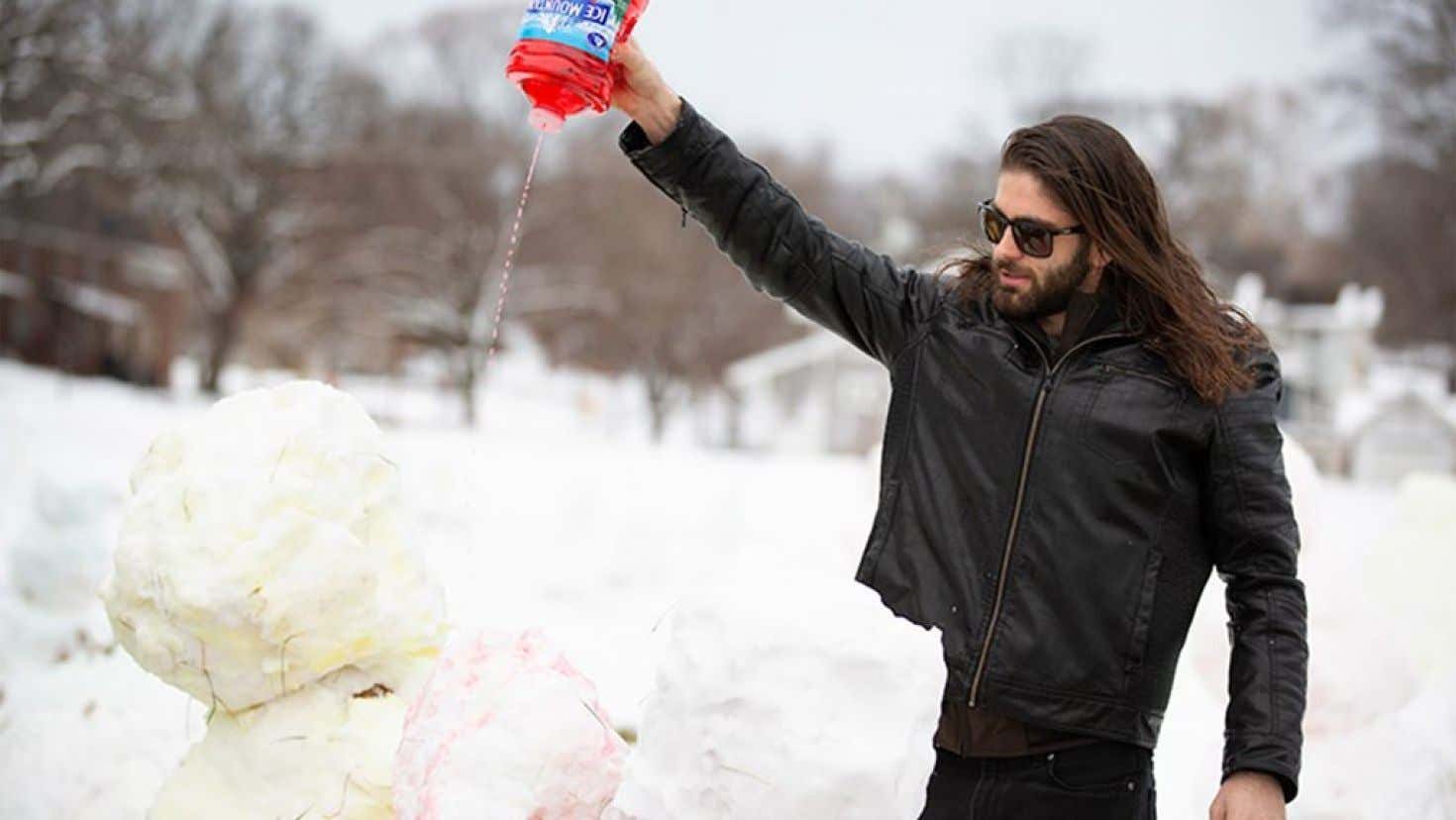 That’s the face of a guy who loves getting high and making snowmen.

I was talking about this absurd move in the office and one of our behind the scenes guy, Control Room Colby, made a very funny joke I thought I’d include. The only thing this guy forgot to end the Adele Challenge with the 84 snowmen: