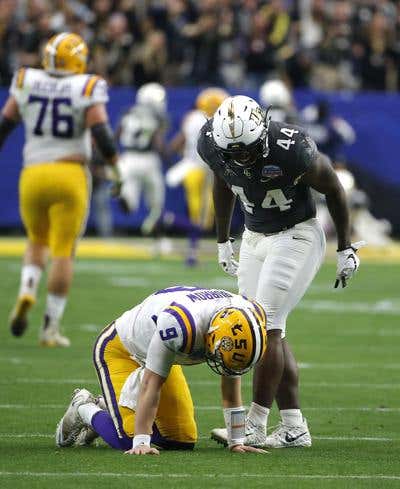 On this play, Joe Burrow was lit up and UCF LB Nate Evans decided to stand over him before his team was outscored 37-18 throughout the rest of the game:

A lot of people took joy in UCF’s loss, including Alabama fans. One, in particular, took to the postal system to emasculate LB Nick Evans:

The thought of this random Alabama fan heading to Microsoft Word, writing in 72 font, and then sending this to a UCF football player through the mail is enough to cure the next time I’m sad. How long do you think it took him to figure out how to take a screenshot of the play and put it into the document?!

The knockout punch was the “LMAO!!!” I think Nate Evans has to retire from football now.

I’d be down for trash talk to strictly go down through the postal system from now on. Crazy SEC fans sending multiple letters to croots. Who am I kidding. Probably already happens.

P.s. “Look what somebody from bama sount me” really shows off the type of education UCF is giving their student-athletes