When MLK walked in front of the Lincoln Memorial on August 28th, 1963 and stated, “I have a dream” this was the moment he was talking about: 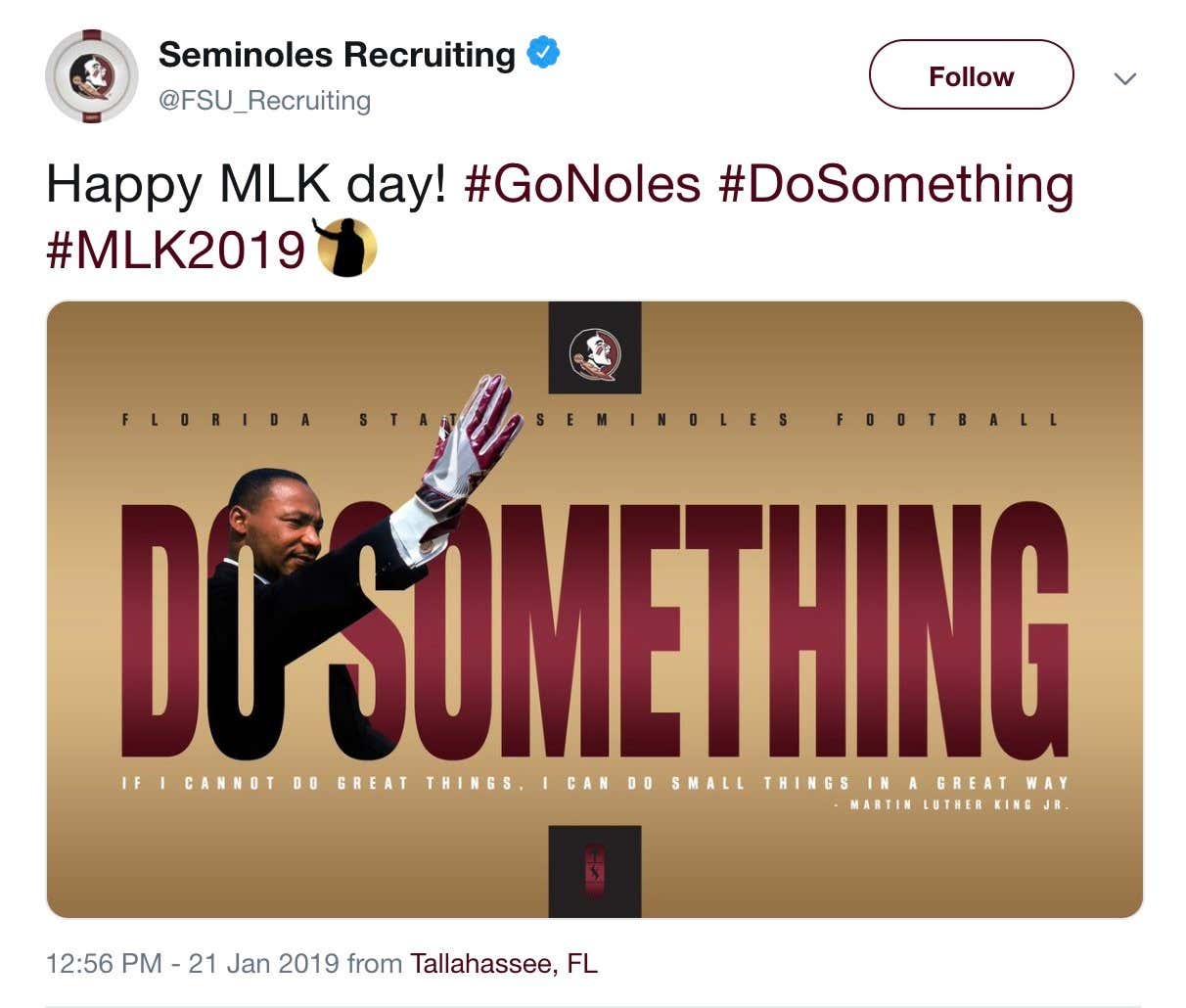 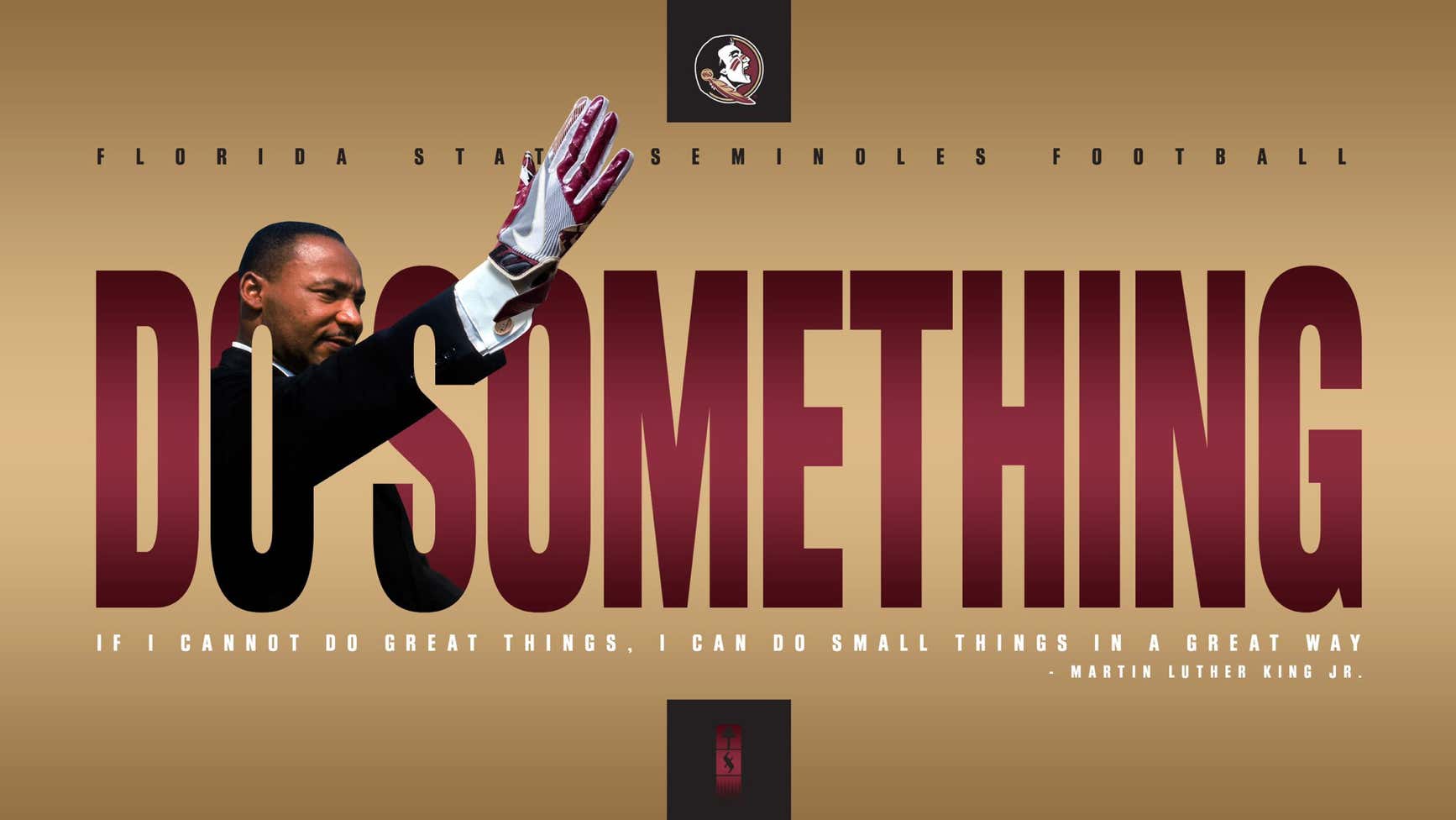 In a nation that is so divided at the moment, the Nike gloves on MLK while doing a Tomahawk Chop is bringing everyone together: 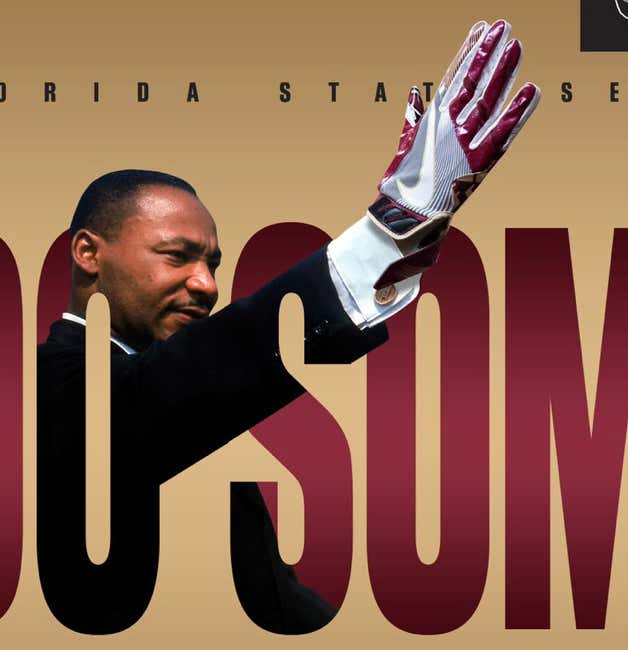 Some are saying wearing the garnet and gold gloves is the greatest honor one can receive.

For those wondering if this is an official account of Florida State, here is your answer: 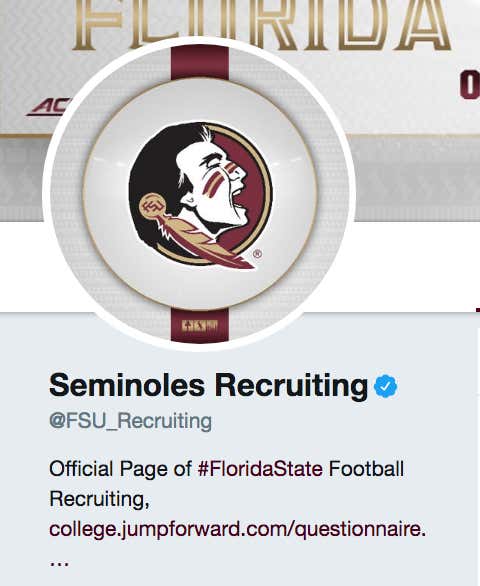 Anything to help out the recruiting. MLK would’ve played for Willie Target, ya’ll. I’m sure of it, Pawl.

This happens every year. One team account uses MLK Day for recruiting purposes. This time it just happened to be FSU. It’s sort of like cheating in college sports. Everyone does it, it’s just the ones who get caught.

P.s. At the time of this blog, the tweet was still up. You have to respect standing by the worst tweet of 2019.