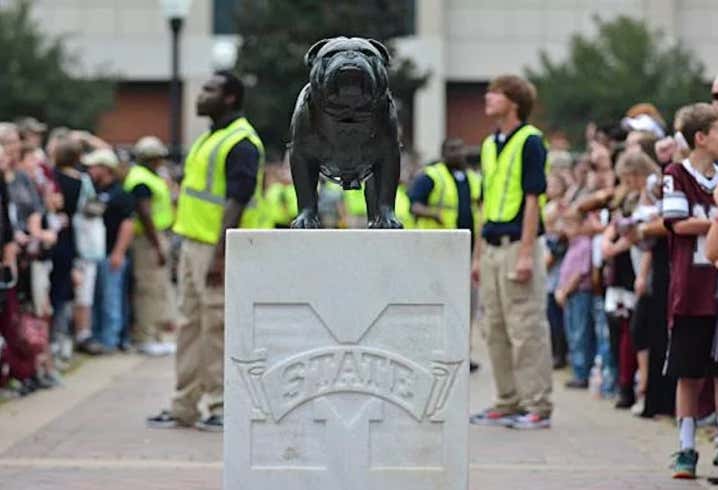 Before every game, Mississippi State players walk by and pet the statue of their iconic mascot: Bully The Bulldog. College football is built on tradition, and this statue is one Mississippi State takes seriously. That’s why when it was vandalized in September, Starkvegas wanted revenge: 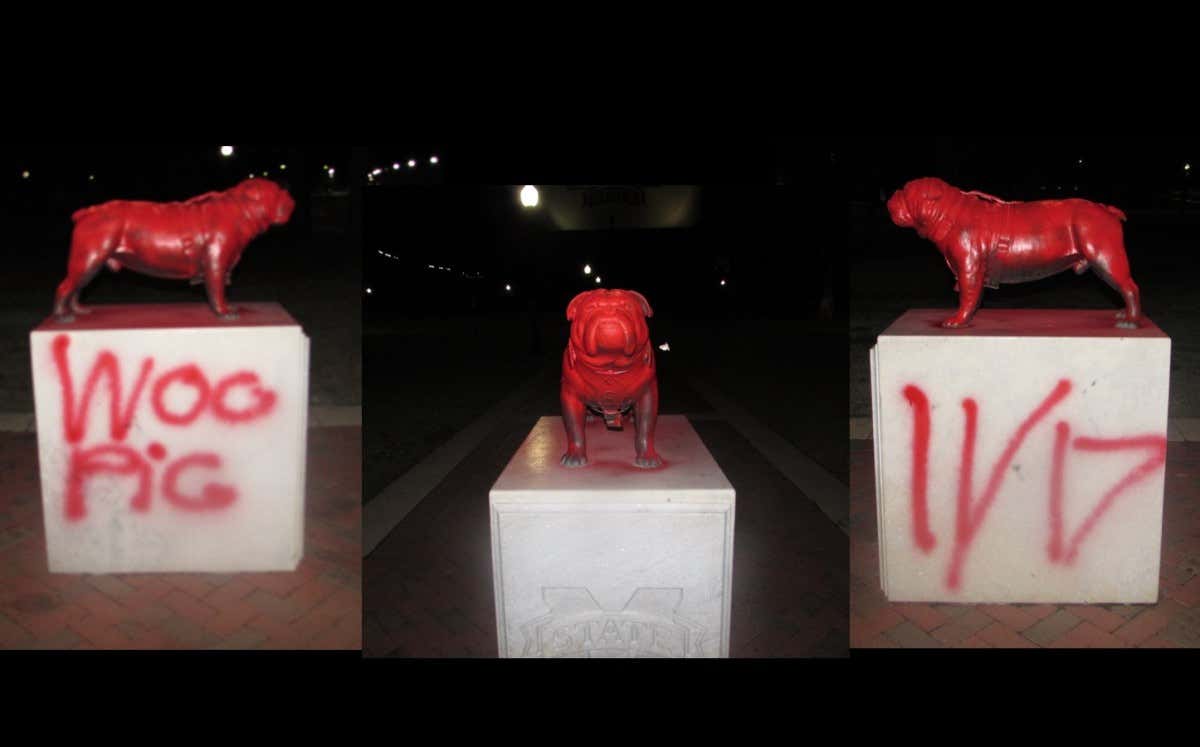 Spay painted red with the phrase “woo pig” it was obvious who committed the crime: an Arkansas fan. Unfortunately, helping Bully get his revenge wasn’t easy. Mississippi State’s Police Department didn’t give up, though. They kept digging like any true detective would. Ultimately, it was determined this wasn’t a one-man job. There was a second shooter! Today, arrests were made:

Arkansas made a trip to defend their actions on November 17th (hence the 11/17 marking). It didn’t end well for them: 52-6, Mississippi State. More action happened for Arkansas before the game: