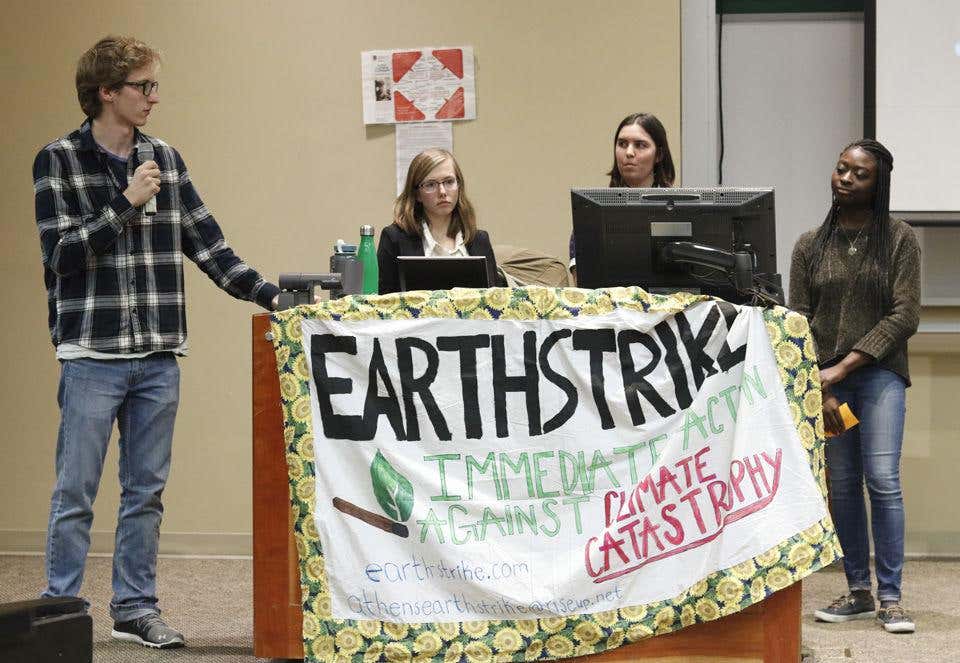 Throughout history, change has been resisted. It’s those who have stood up in the face of a stagnant society that have made history. Advances (social, technologically, scientifically, etc) are what define our present. However, not everything needs to be advanced. Some things are just right. Often, groups look to make advances in the wrong areas.

Tuesday’s Athens Earth Strike event at the Miller Learning Center was one of several held simultaneously around the world as environmental activists and University of Georgia faculty spoke about the need to address climate change.

I’m no expert in the realm of the environment. I do know that this group “Athens Earth Strike” has massive balls to ask for Chick-fil-A to be banned on an SEC campus. SEC country is simple. Chick-fil-A is a form of religion down there. For them, it’s God. Football. Chick-fil-A. Your environmental reasoning isn’t going to fly. Sorry.

EarthStrike continued. “We are defending the freedom, livelihood, and health of the student body at UGA and will not stop until Chick-Fil-A and UGA answers to these demands or leaves this campus!”

Yeah, sooooooo this group is in the wrong part of the country. Maybe this shit would fly at a college up north, say in the middle of nowhere in New England, but this demand isn’t going to fly in Georgia. 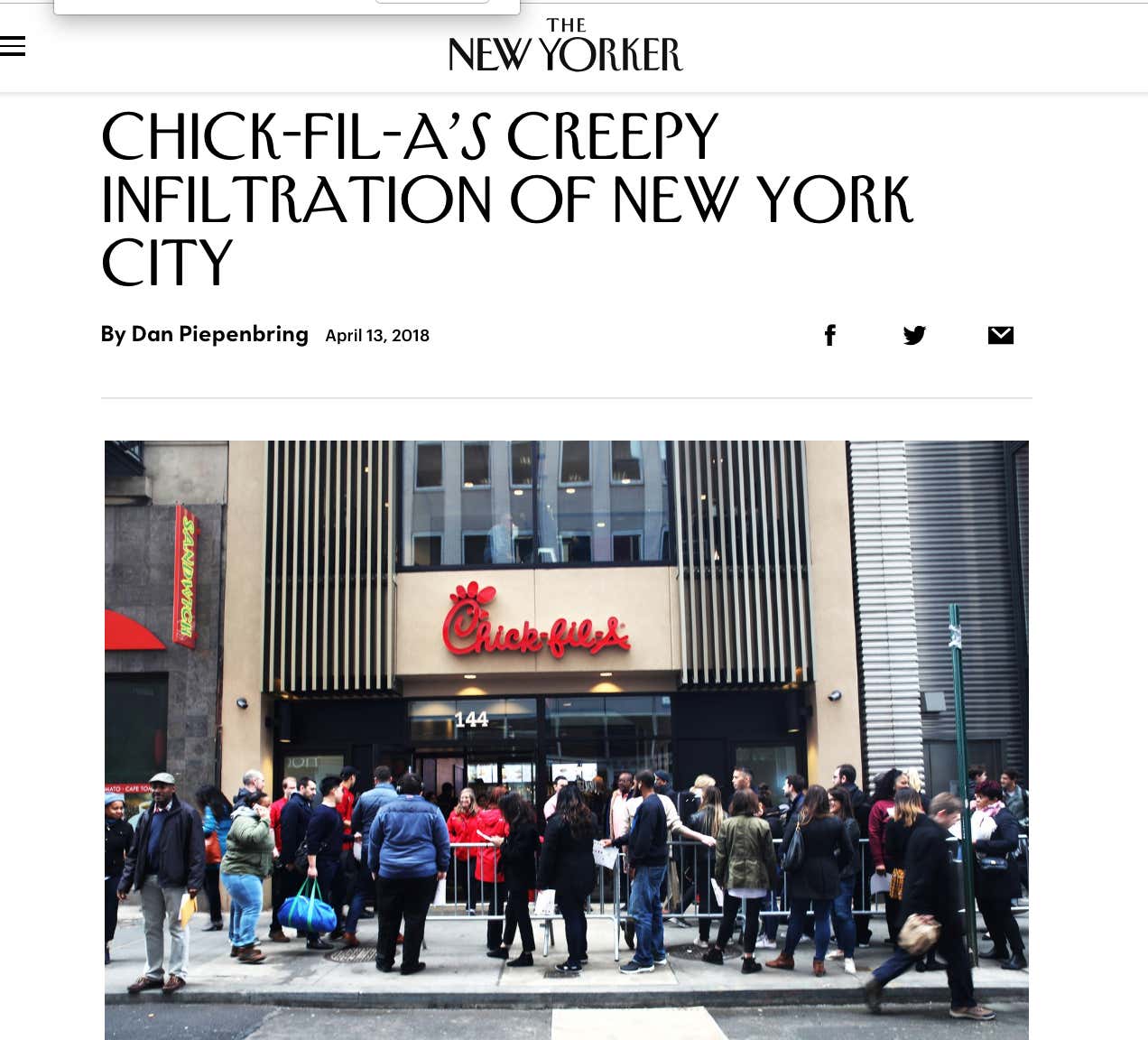