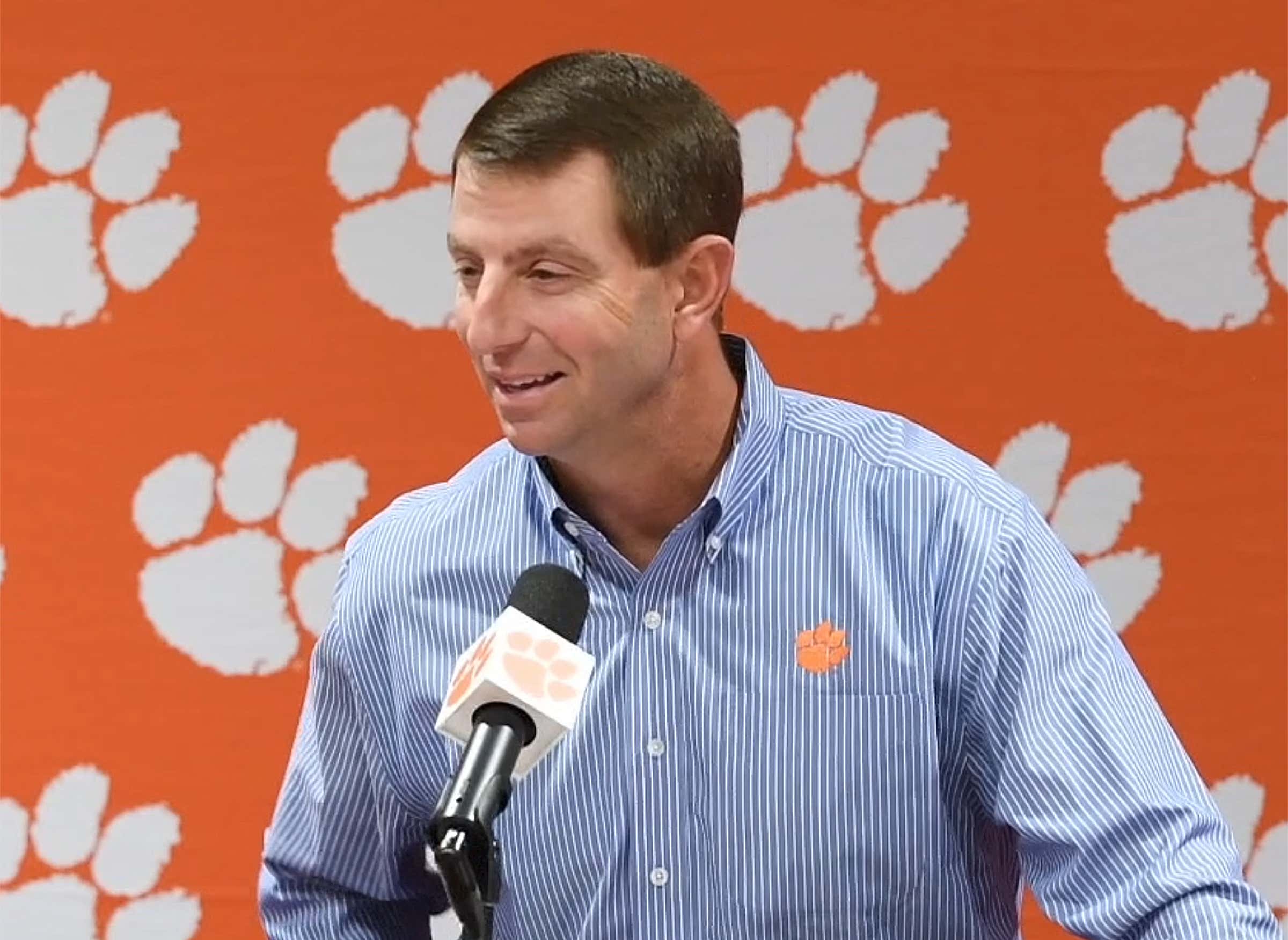 Remember those three Clemson football players who got suspended before the Cotton Bowl? 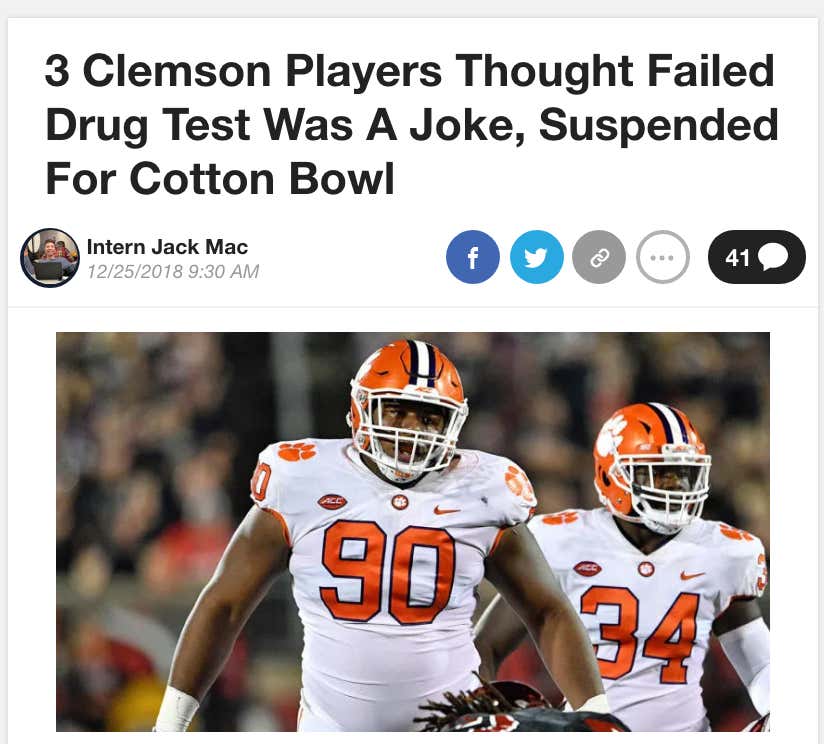 More and more info has come out about that situation and it has more than a few people grabbing their tinfoil hats to ponder the question: does Clemson have a PED problem?!

SOURCE-Clemson did not test — and has no plans to test — more members of its newly crowned national championship football team for performance enhancing drugs as part of an in-house probe in the wake of three ostarine suspensions last month.

Interesting. The skeptic would say, why not test them if you have nothing to hide? That’s dumb. It’s sort of like, why not let the government listen into all of your conversations, texts, emails, and phone calls if you have nothing to hide? Uhhhhh because that’s none of their business? Also, these are college kids. You drug test a bunch of college football players in the offseason you know what comes up? Drugs. You know what comes up on a drug test for a bunch of Clemson players in the offseason? Ostarine. Lots of it. (Relax, I’m just kidding)

Fewer than 20 Clemson players were tested in a random and routine NCAA drug screening of championship event participants. That is, more than 15 percent of those Tigers screened tested positive for performance enhancing drugs (PEDs).

NCAA data shows that approximately 1,110 athletes are drug-tested a year for championships. Fewer than 10 per year on average test positive for the NCAA’s PED category including ostarine.

Lawrence, a junior, already has left the team to prepare for early entry into the 2019 NFL draft; he is widely considered a first-round prospect. He addressed the PED issue during a Cotton Bowl media availability before the players’ B samples confirmed ostarine usage and, thus, their suspensions.

Yah, I’m sure you have no idea! None!

Now, before Clemson fans give themselves an aneurysm defending altar boy Dabo and his duffel bags, there is barely any evidence suggesting Clemson has a PED problem. The fact is most players in college football are probably taking stuff like Ostarine. It’s all about cheating well enough without getting caught. If I ever write a book/do a documentary about college football, it will be called “If You Ain’t Cheating, You Ain’t Trying.”