SOURCE-Authorities in the United Arab Emirates have been ridiculed after it emerged that all of the winners of an initiative designed to foster gender equality in the workplace were men.

I was going to make a joke that they weren’t even trying to fake giving out true awards, but in a society that is dominated strictly by men, the ones fighting for gender equality have to be men, right?  It’s sort of a who is the best player on the worst basketball team debate.

The deputy prime minister and minister of the interior, Lt Gen Sheikh Saif bin Zayed al-Nahyan, was recognised as the “best personality supporting gender balance” for his efforts to implement maternity leave in the UAE’s military.

Wait, that didn’t exist before? Just fight through the pregnancy? 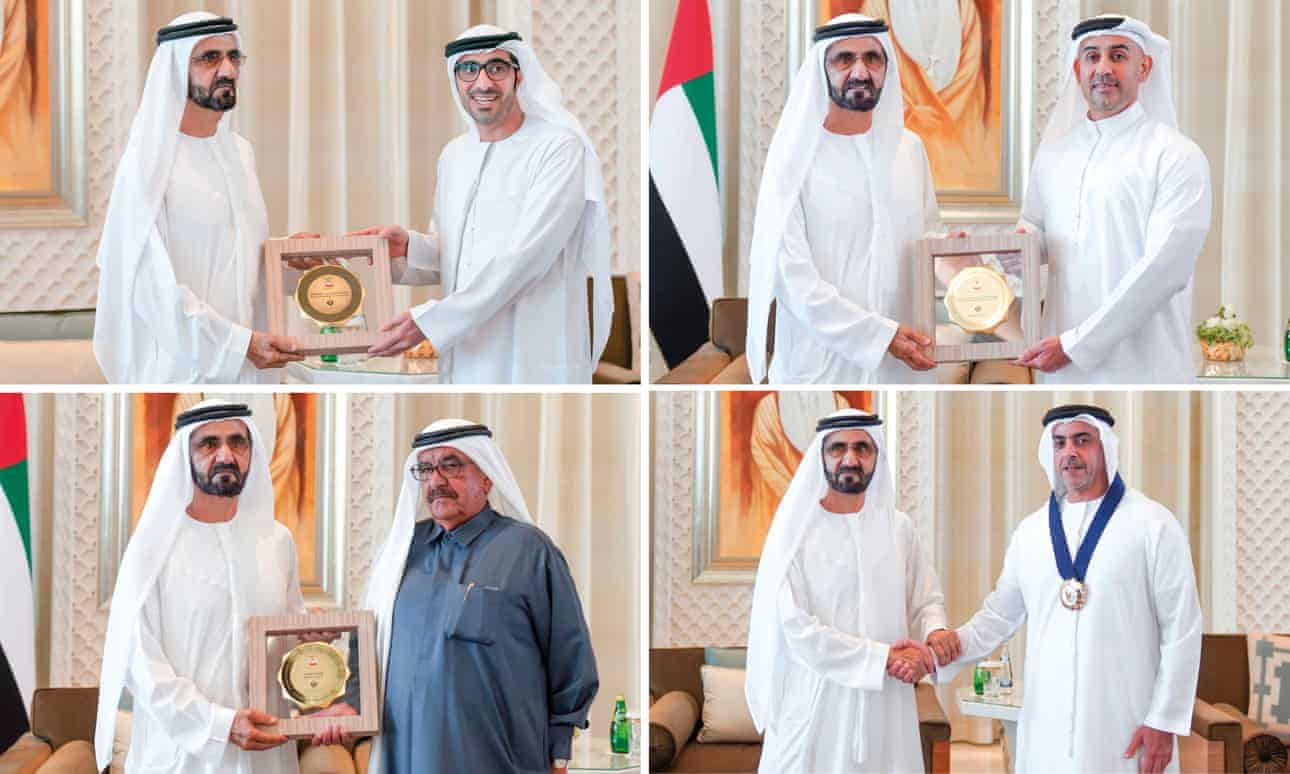 Unbelievable faces made by Sheik Mohammed bin Rashid al-Maktoum, the vice-president of the United Arab Emirates and ruler of Dubai. Looks like he’s mid-shit in every photo.