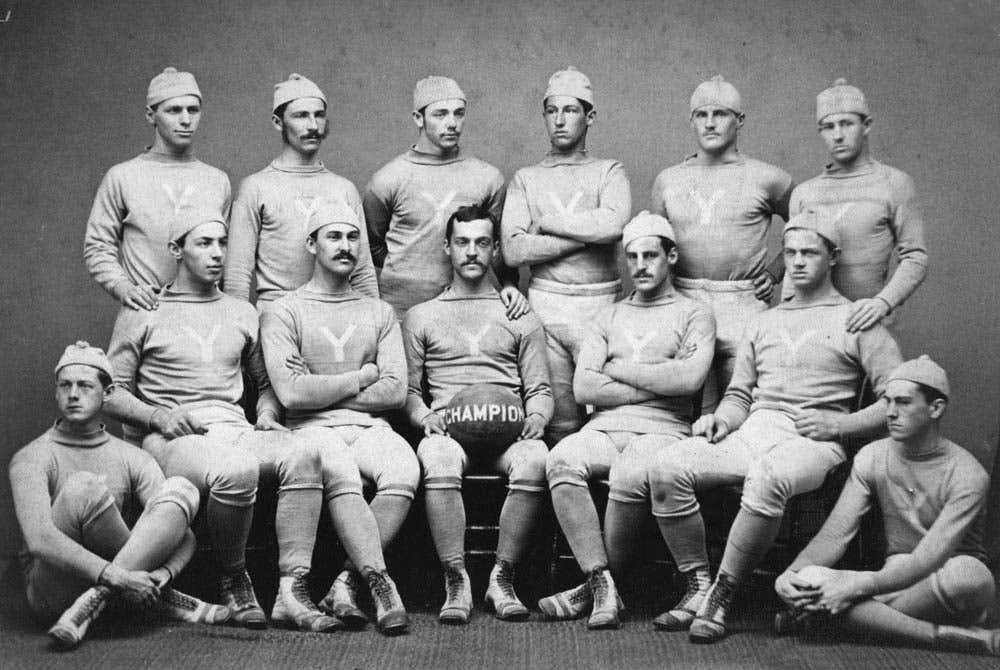 During the offseason, little moments bring joy to the college football fan. Sometimes it’s a crazy offseason story, sometimes it’s a dive into history. In this case, I was taken on a history lesson to 143 years ago:

SOURCE-Yale’s first win against Harvard occurred because the agreed-upon rules did not count touchdowns. Only goals contributed to the final score, and Yale’s lone goal came on a drop kick by Oliver D. Thompson.

No touchdowns? Amazing how dumb we were in 1876.

“As the ball went over, there was a loud shout by the Yale men and a general throwing up of hats and rejoicing,” wrote the New York Daily Herald. “Thompson was taken up on the shoulders of his friends and borne to a carriage containing some lady friends, who congratulated him upon his skill and success. It was fully 20 minutes before the game was again called and the players at work.”

That’s absolutely legendary. Better than Randy Moss moon celebration. Joe Horn’s cellphone celebration. All of them. The kicker went into a carriage and stopped the game for 20+ minutes while shmoozing with some lady friends. Oliver D Thompson, a legend: 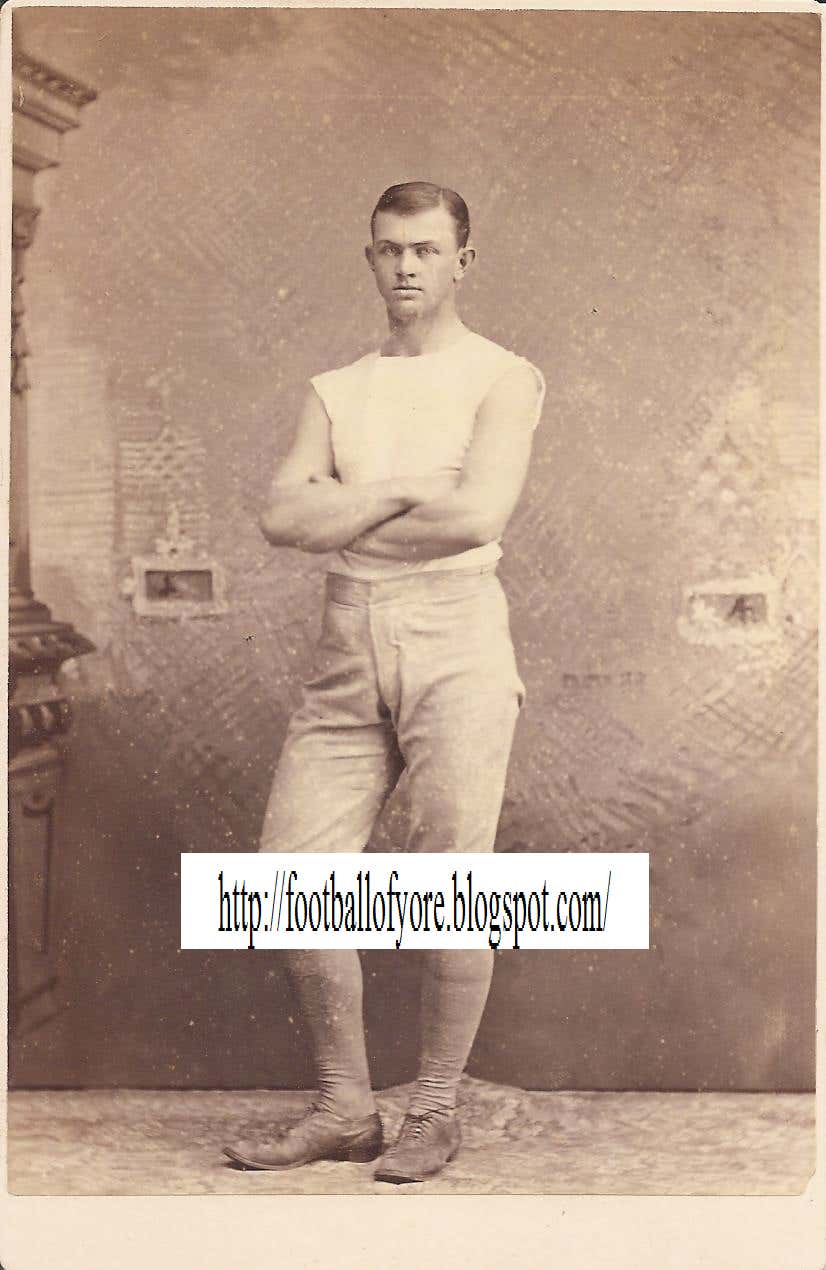