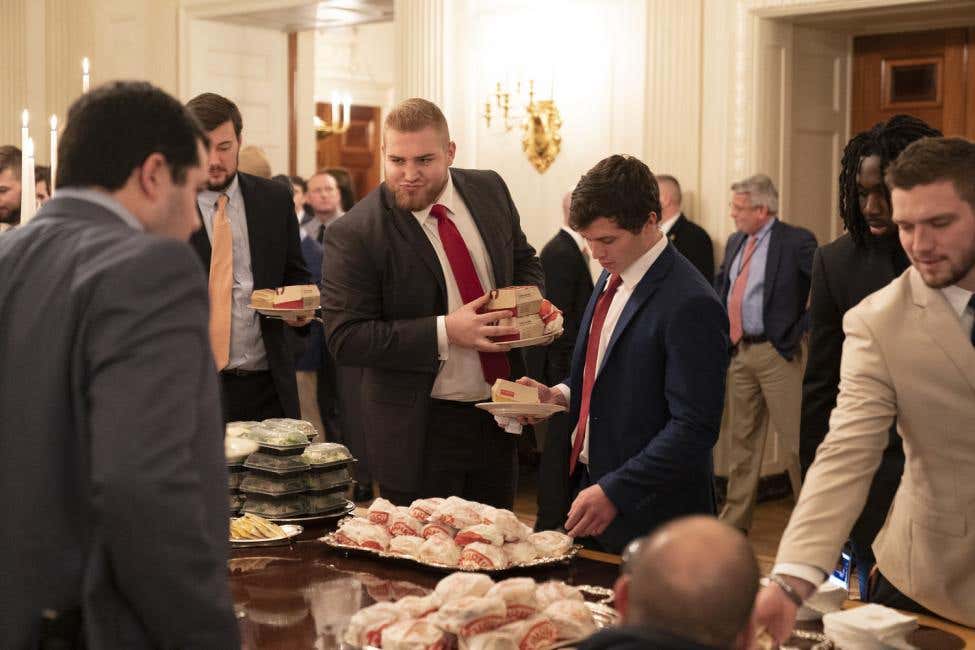 Clemson’s trip to the White House earlier this month will live in folklore forever thanks to Donald Trump’s fast food filled dinner: 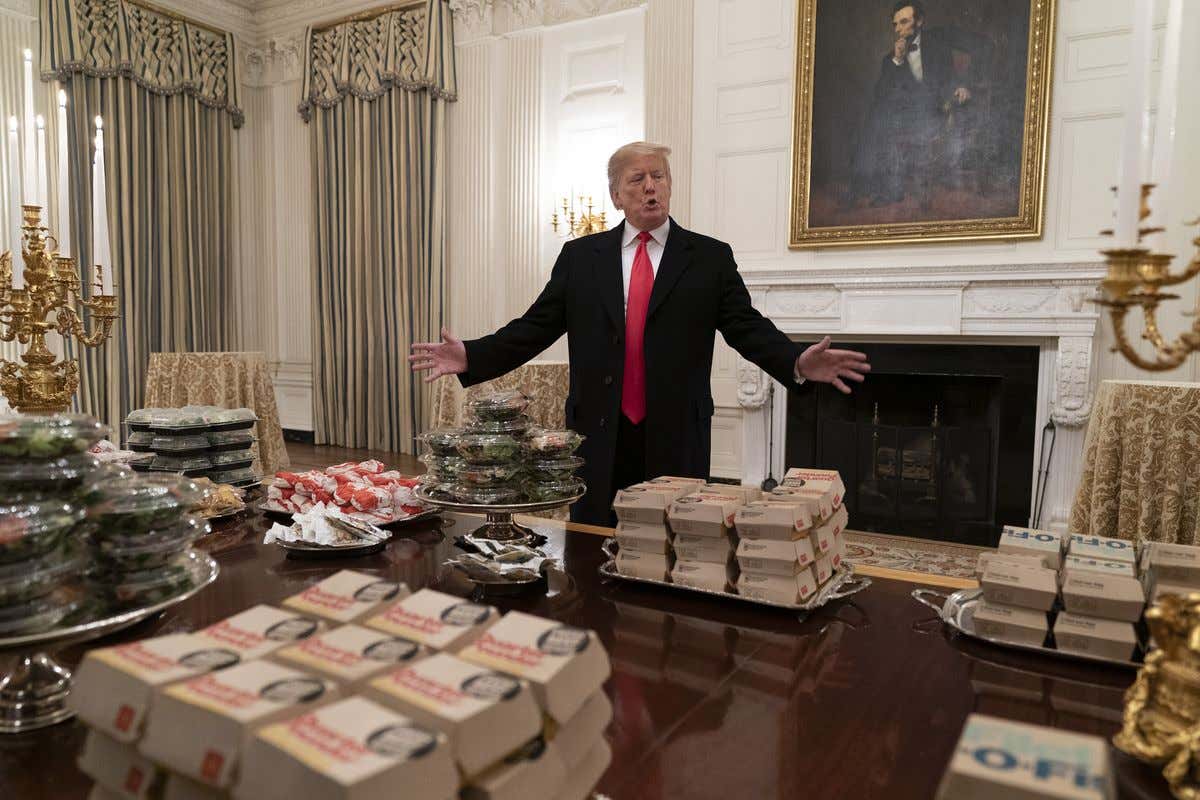 Trump’s presidency has been nothing short of controversial and various teams have refused to celebrate their championship at his White House. From photos, it seemed most of Clemson’s roster was in attendance, but a new report has come out refuting that:

SOURCE-The Root has learned that Clemson’s black players, some specifically citing racism and their disdain for Trump’s divisive politics, passed on the opportunity to hang out with the real-life Mayor McCheese.

The Root spoke with three black Clemson players who each separately confirmed that many players, both black and white, had no interest in making the trip. All three acknowledged that Donald Trump was the reason they chose not to attend. Even more telling, most of Clemson’s white players were in attendance while nearly three-fourths of the school’s black football players took a hard pass on the chance to eat cold fries with the president of people who eat salads from McDonald’s.

Not much of a surprise here. It is a reminder of how the “Dabo has created a family at Clemson” narrative is a bit misguided. Who knows if Dabo is a big Trump supporter (being a white, Christian male from the South statistically says he is likely to be), but at the end of the day, there is without a doubt a disconnect between him and his players. There is nothing wrong with that, but when it’s said over and over again you have an amazing family atmosphere at Clemson, you run into potential political issues. Although, all families do have issues, but Clemson’s are rarely discussed. At the level Clemson is at “the family” narrative is overblown. We all know what’s going on. Players are trying to get to the next level and coaches are trying to become more successful and in turn getting a better job OR more money. Sure, a family atmosphere may come from it, but it’s not a family. I know I’ve never been in the locker room, blah, blah, blah, blah, but that’s my two cents.

Another defensive standout noted that coaches didn’t pressure players to accompany the team to Washington, D.C., but said that almost every black player he knew didn’t want to take the trip. However, he noted that he knew that some players only attended because they worried that refusing to attend the traditional White House visit might affect their scholarships or playing time.

“Not saying anything against the players who went,” the junior explained, “but if you look at who went—freshman and people fighting for playing time—you’ll see what I’m talking about.”

In total, 15 of the University’s black players listed on the school’s official roster attended the White House visit, the vast majority of whom (11) were freshmen or sophomores who had very little playing time during the season. Just one senior made the trip and only six of the players in attendance were even listed on Clemson’s national championship depth chart. There are at least 57 black student-athletes on Clemson’s official team roster, which means 74 percent of Clemson’s African-American players chose not to make the trip to the White House.

It’s good that none of them were forced. That shows some awareness from Dabo and his coaching staff. On the recruiting trail (which is what this all comes back to), this will be easy to explain to kids and parents. The President invited his team over, he accepted but didn’t force anyone to go if they had political issues with the man.