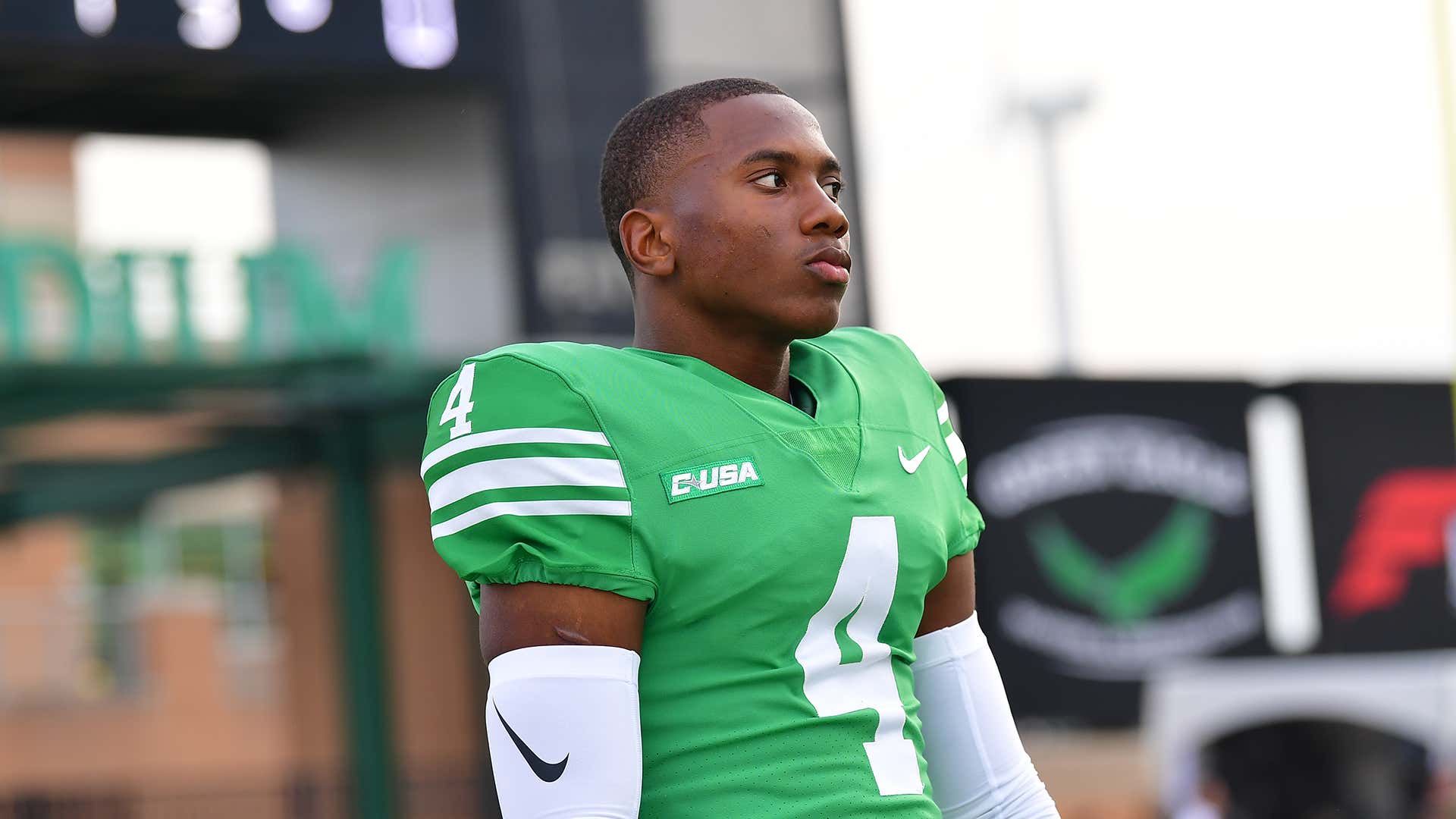 Meet Khairi Muhammad, a safety from North Texas. Over the past two years, Muhammad has played in 16 games. Recently, he has run into some issues with the school and the law:

University of North Texas officials on Tuesday said they have forwarded to law enforcement all available information related to a video taken by UNT football player Khairi Muhammad that showed three dogs mauling a raccoon as it was released from a cage.

The move comes as people on social media and animal cruelty authorities around Texas stepped out to condemn the university for what some perceived to be a deficient response to the video when it surfaced on Sunday.

Three dogs mauling a raccoon as it was released from a cage? Is that what we do for entertainment in Denton, Texas? And then share it on social media for everyone else to see? What else is on North Texas social media? Has to be some wild shit if Muhammad is posting videos of 3 dogs killing a raccoon.

Becerra said the men used a stick to beat the raccoon to death after the dogs were finished with it. That portion of the clip has not surfaced.

?????? How about letting the raccoon die in peace?

The activities portrayed in the video are not representative of our values. We have high expectations for our community members to behave in a manner that positively represents themselves and the university. While we don’t condone or support any of the activities, we believe it is our mission as a university to help our students learn and grow.

I don’t want to call this pre-crime because it’s pretty much a crime, but this should result in some sort of time served. I’m pretty sure every serial killer ever started with raccoons. I know one thing for sure and that this moment is much more than an opportunity for their students to grow. If you are killing raccoons for fun you’ve got some issuesssssss.