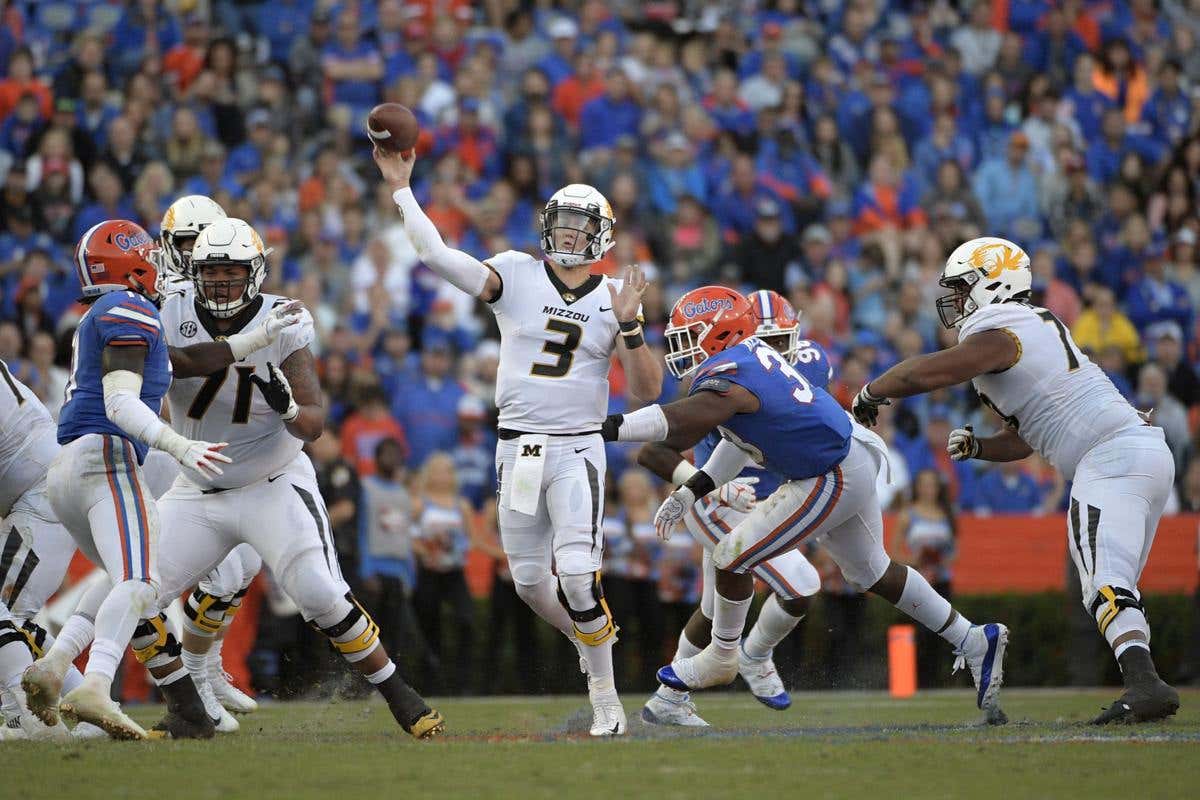 At this point, you know the NCAA as an organization could improve in various areas. Today is just another example of that:

Why did such sanctions occur? Two players getting help from a tutor on a placement exam:

SOURCE-According to the report released by the NCAA, the tutor “assisted two football student-athletes’ completion of Missouri’s math placement exam. Missouri requires all students take the exam to determine whether they must complete a remedial math course before enrolling in college algebra. The instructions on the exam state that the test be taken alone and without assistance, but the tutor remained in the room and assisted both student-athletes with the test questions. Missouri determined both student-athletes violated its honor code.”

I’m not sure why you would want help on a math placement exam? The worse you do, the easier the class. However, just two students getting help by one tutor on a placement exam is against the rules, BUT there have been much worse penalties that have gone unpunished:

Penalties specific to the football program include:

-Recruiting restrictions that include

-7 week ban on all off-campus recruiting contacts and evaluations

-12.5% reduction in recruiting-person or evaluation days

Alright, somebody got a little power happy in the NCAA offices. To make matters worse, it seems this occurred because the tutor wanted to do it:

AND Missouri cooperated with the NCAA when they heard of the violation:

What is there to say about that?

You may be thinking at this point of the blog: “wow, Missouri was sanctioned more than North Carolina was for making up classes for their players for a decade-plus!” You aren’t wrong for thinking that. You sir/mam, are smart. You know who isn’t smart? The NCAA, who explained their thought process at the end of the report:

Okay, so by NCAA logic: Having a tutor assist on a placement test for two players is MUCH worse than having athletes take fake courses for years. Why? Because the students in the fake courses did their own fake work!

BLOW IT ALL UP!

Missouri will now appeal these sanctions. If they stand, seniors on Missouri will be able to transfer with immediate eligibility. That most likely will include prized transfer QB Kelly Bryant.