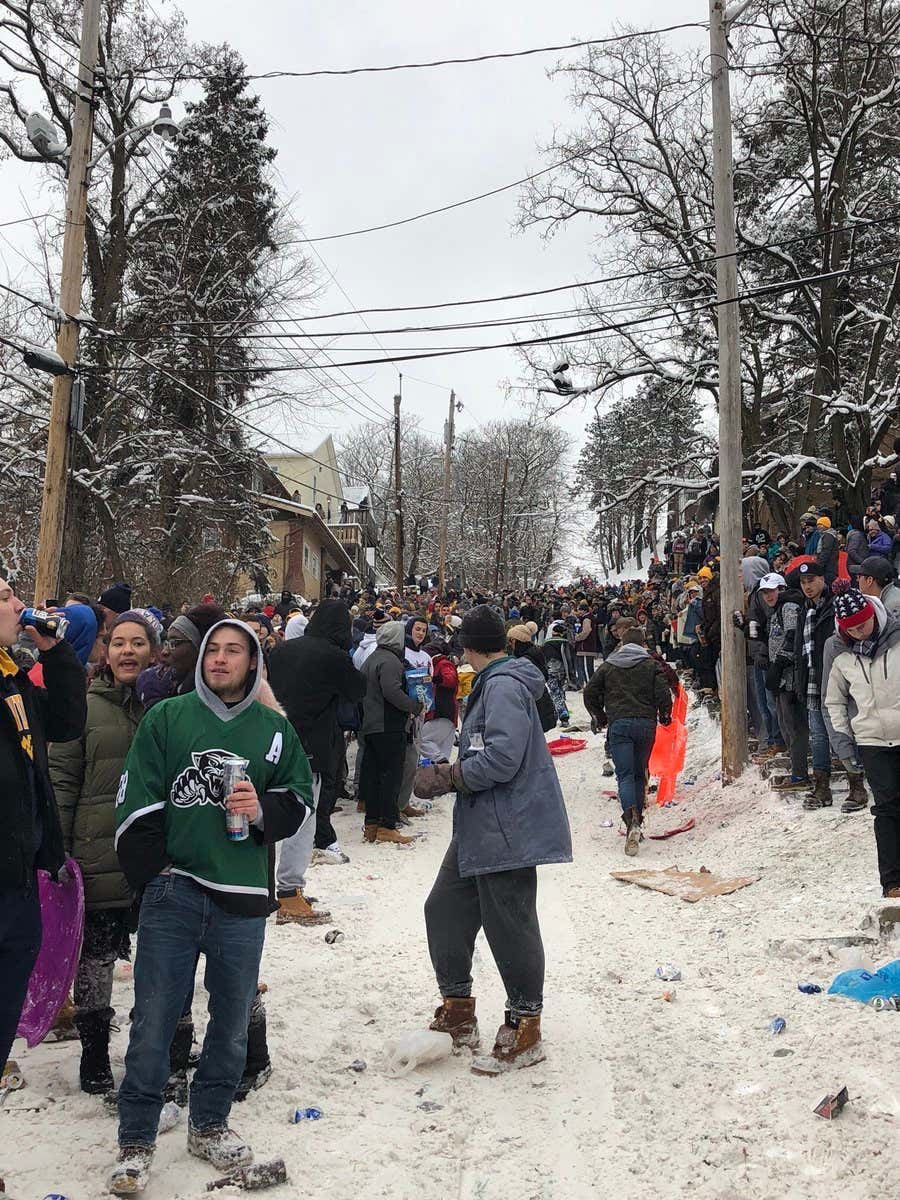 Morgantown is a wild place. I don’t think there is anyone who will deny that. It’s a nonstop party. Due to the polar vortex taking most of the country by storm, WVU has been closed since Wednesday afternoon. You know what that means? Nonstop party:

According to scanner traffic, officers were forced to back away from the scene as beer bottles were thrown at them. The situation was described to The Dominion Post reporter Will Dean as “riot conditions.” The police also attempted to disperse the crowd with a siren, which Dean, who was on scene, tweeted “only excited the crowd, so they lit a fire.” He also reports that two smoke canisters were used.

“Riot conditions.” What a school.

Additional reporting from the scene indicates a mattress was set on fire.

At some point today, the police department decided to slow down the riot, so they grabbed their paintball guns and went to work:

Talk about an absolutely WILD video. Making sure situations like these don’t get out of control has to be tough for the police, but the turn to the group was bananas: 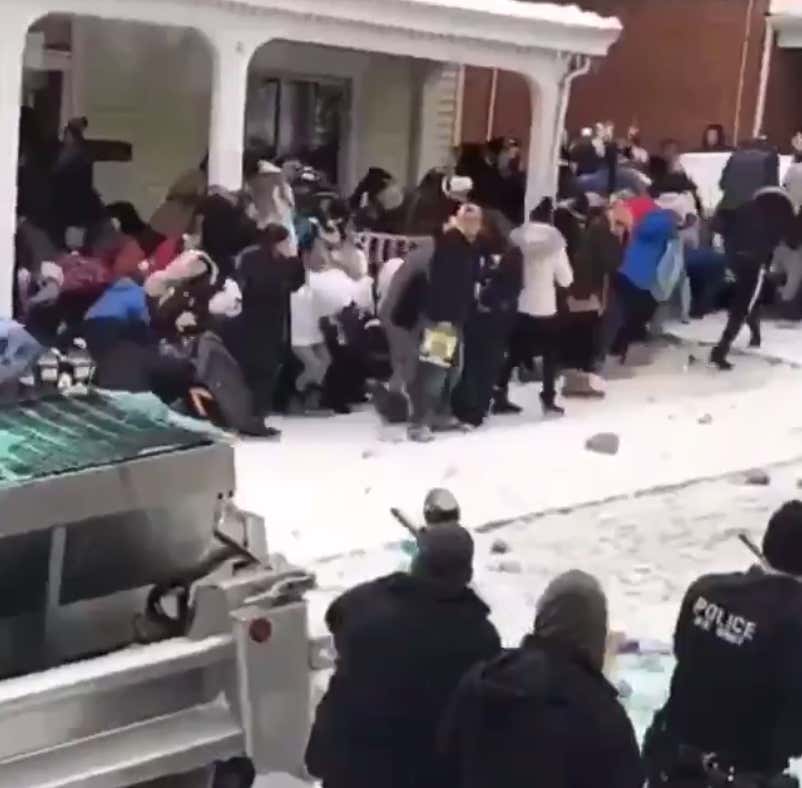 What is this? A war-torn country?

This isn’t the first time West Virginia has used brute force to break up a college party: 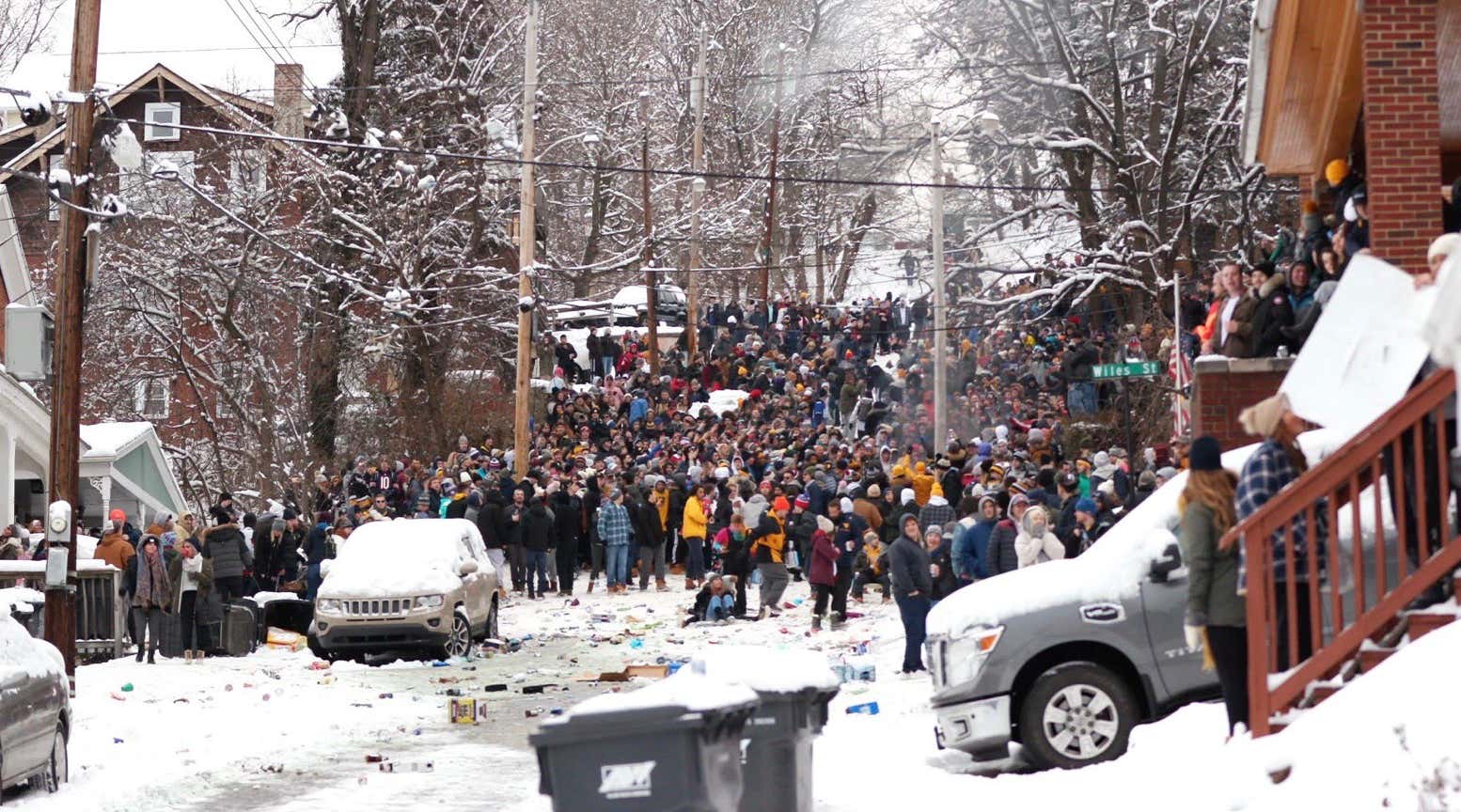