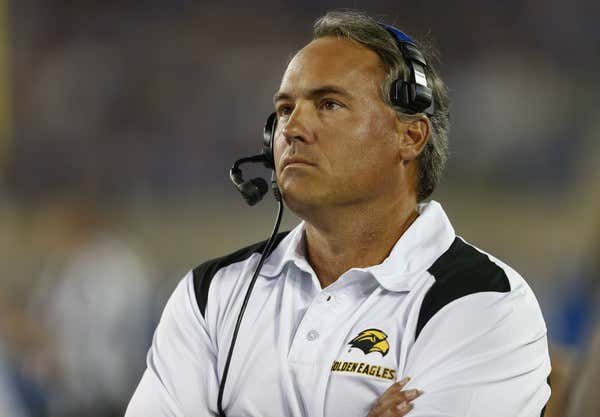 On Monday, it was reported that Southern Miss was on the verge of interviewing Art Briles:

This came as a massive surprise considering what has come out about Art Briles time at Baylor.

Soon after the report, Southern Miss administration blocked the potential hiring of Briles:

Then Jay Hopson, Southern Miss head coach, decided to double down on interviewing Briles (even though he wasn’t supposed to) by taking out his iPhone notes app and going to town: 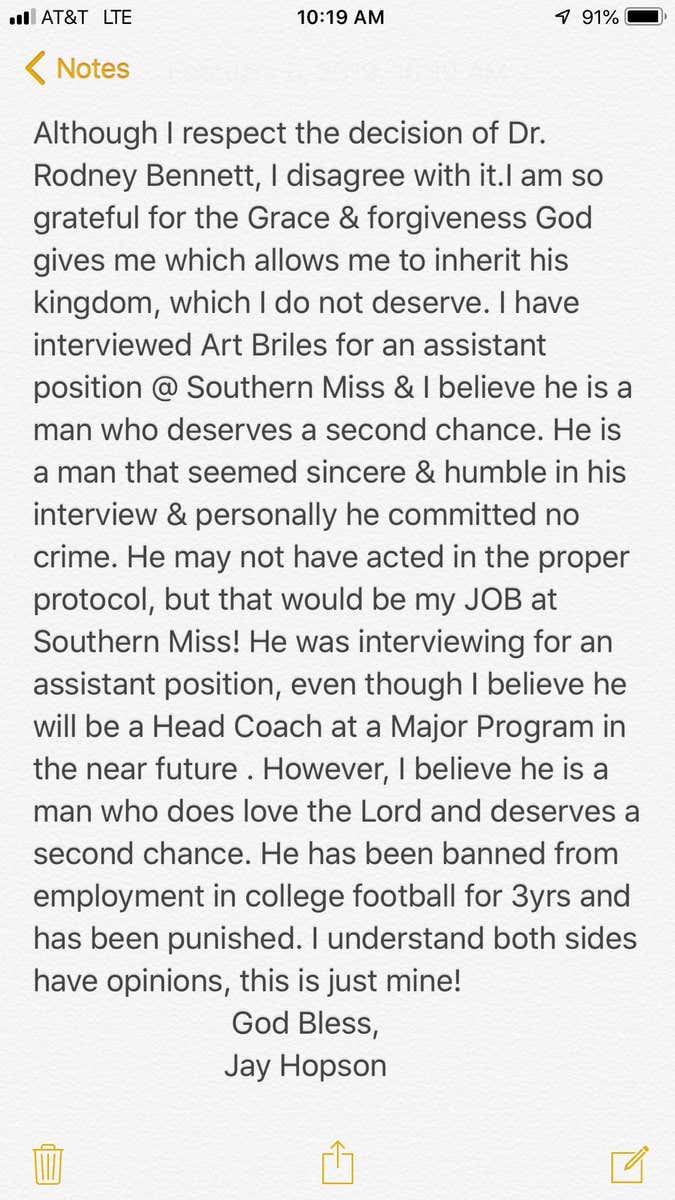 I’m not sure if Jay Hopson is trying to get fired or what, but if he is, this was an awesome attempt. Never seen a combo of defending a guy who covers up sexual assault while disagreeing with your administration who controls your employment, but here we are.

At first, I was surprised that Hopson brought God/Jesus into his pitch, but then I remembered this is Southern Mississippi we are talking about.

Hopson ended it brilliantly by saying, “I know both sides have opinions, this is just mine!” It’s almost as if he anticipated this being perceived as a bad take. Whenever you say “that’s just my opinion!” you know you are losing an argument. That’s why you should never argue for somebody who covered up 50+ sexual assault cases.

P.s. If you are taking out your iPhone notes app to write something about a controversial subject…..don’t.