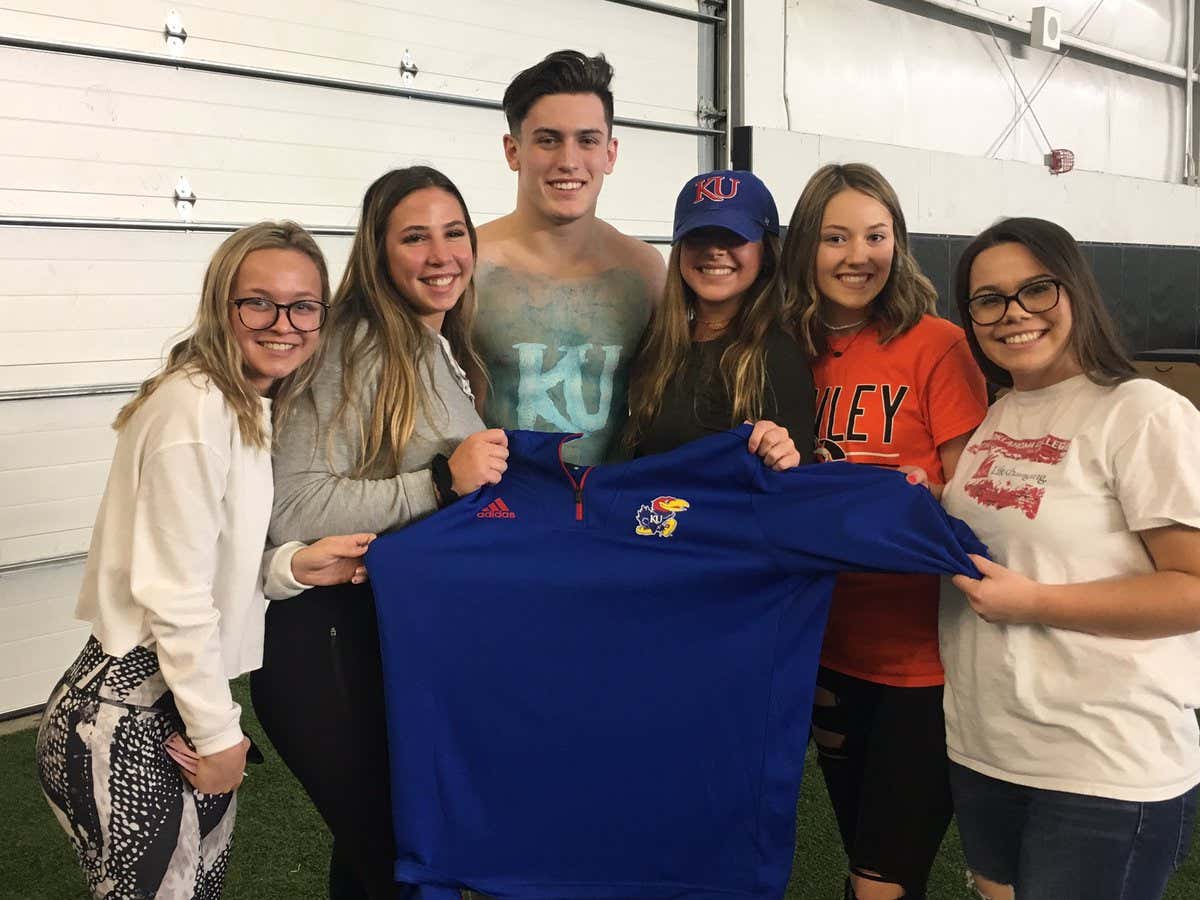 Since the early national signing day was introduced into the college football world, national signing day became a little boring. Previously, it felt eleborate announcements happened all day during National Signing Day, but now  they seem rare. Thankfully, we are always in store for one or two thanks to high school kids like Gavin Potter:

I will say I like this move from Gavin. He is the kid in high school I wish I was. If I had the terrible disease of jealousy I would call him a douche bag, but I’m definitely not going to do that.

There you go Gavin. Seems like Les Miles has got himself his first stud. No idea if he is good at football or not, but I assume we’ll find out.